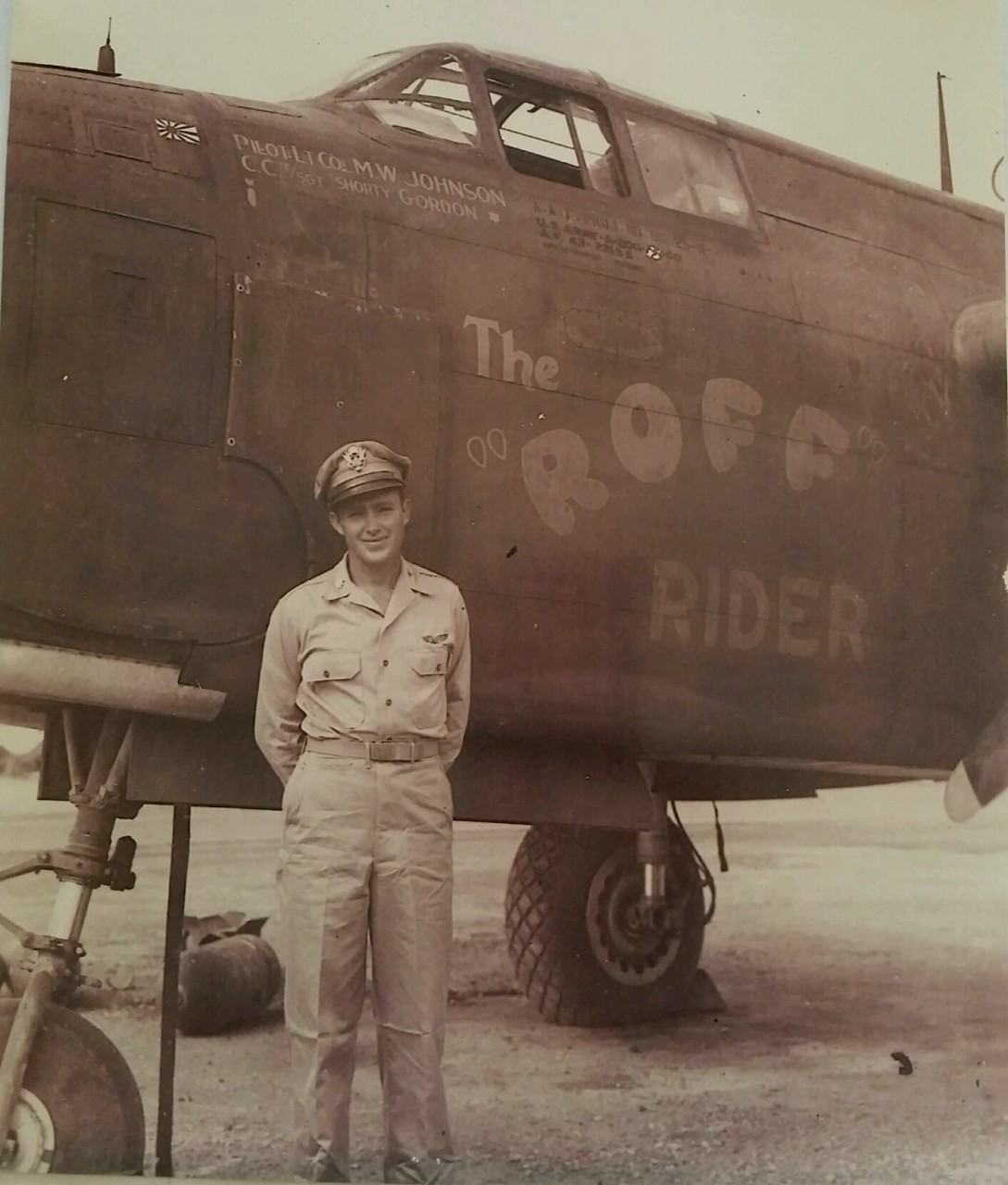 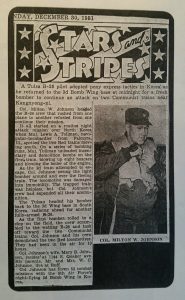 The mission of the Hall of Fame is “Honoring the men and women of Oklahoma who served in the Uniformed Services of the United States, demonstrating extraordinary acts of courage, heroism or gallantry, and who continue to serve our country and communities today.”

Finley met almost weekly with Johnson and his wife Mary Belle during the years he pastored at Roff, First (1994-2005).

“We met together so often,” Finley said. “I just loved hearing his military stories and spending time with him.”

Johnson, who died in 2003, was a colonel in the U.S. Air Force, serving during World War II
and the Korean Conflict/War. Johnson, who came to Roff in 1990 from Colorado Springs, Colo., retired after 21 years of service. He and his wife were active members of Roff, First.

“Colonel Wayne and Mary Belle, who were married more than 60 years, had no children. He gave me his military (items), which mean so much. I have so many stories in my head from our conversations,” Finley added. 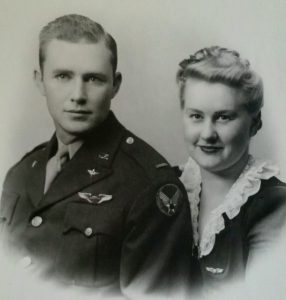 Johnson and his wife Mary Belle

Finley nominated Johnson for the Oklahoma Military Hall of Fame in 2018. Col. Johnson was accepted into the 2019 class and was honored at a banquet on Oct. 26 in Norman. Finley spoke at the event and received the award on behalf of Johnson.

Prior to his passing, Johnson gave the pastor his medals, military photos and countless stories from his time serving our nation. Finley said. “Colonel Wayne liked to say, ‘They say there are no atheists in foxholes. Let me tell you, there are none in cockpits over targets either!’”

There is one story in particular that means more than the rest to Finley, one that related to Johnson’s testimony.

“Colonel Wayne was about 81 years old at the time, and he was doubting his salvation,” Finley said. “He told me he remembered coming forward in a revival, but he didn’t remember if he had actually prayed and accepted Christ.” 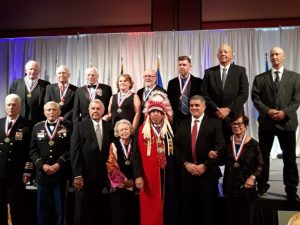 “Let’s get it nailed down,” Finley told Johnson, and the pastor who led the military hero to confess his sins and put his faith and trust in Christ.

“I could tell Colonel Wayne was struggling with his past. I assured him that God would forgive him,” he added.

That Sunday morning, during the invitation, Johnson came forward to tell the church about his decision.

While it is a special joy to have Johnson’s name etched in the Military Hall of Fame, it is far greater that his name was written in the Lamb’s Book of Life, Finley believes.

The legacy of Johnson, like the others we honor on Veterans Day, is an inspiration.

“Colonel Wayne inspires me to be faithful. He took that military discipline into his Christianity,” Finley added. “That’s the way we should all do. He was faithful to Jesus and His Church.”