Faith Focus: Re-engaging on the road to recovery 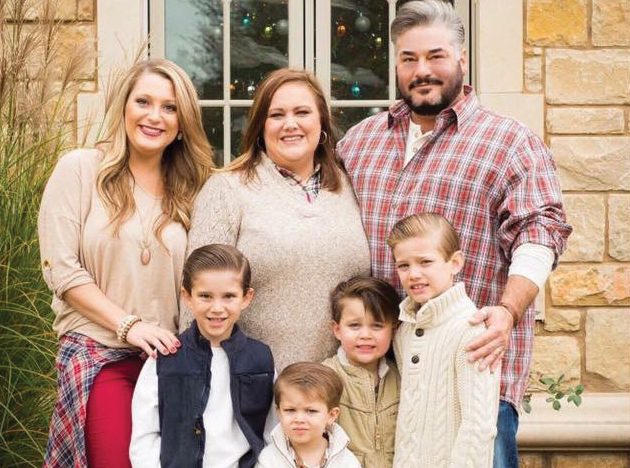 EDMOND–Every Christian struggles with sin, and Bryan Evans is no exception. Born and raised in a Christian family, Evans was a preacher’s kid and made a profession of faith at the age of

Bryan stands with his wife Alicia and their family

9. His teenage years were spent working in his family’s Christian bookstore in Quail Springs Mall, where he quickly developed a passion for the music side of the business. However, through hurts, trials and eventually divorce, Bryan ran from God. Struggling with clinical depression, OCD and bipolar disorder, he found himself self-medicating with alcohol.

“I quickly became an alcoholic and started using drugs,” Bryan said. “I suffered through a failed marriage and had no idea what being a father to my daughter, Ashton, truly meant. I was successful in business but I was miserable, and my walk with God was nonexistent.”

After being consumed with work and success, Bryan lost everything. His relationship with his family began to fade and his isolation only added to his depression and addiction. After several years and many heartaches, Bryan slowly gravitated back to church and sought to re-engage in relationships with other Christians.

Soon after, God brought Alicia into his life. They married and started a family of their own. “She was the most beautiful girl I had ever seen and a very devout follower of Christ,” Bryan said. “My daughter loved her as much as I did. I thought she could fix everything that was wrong with me. But I was still missing the fullness of Christ.”

Unfortunately, Bryan fell back into the same trap. He began to isolate himself, hiding his addiction as best as he could and was quickly traveling down the same path that he had desperately tried to avoid. “I was drinking a liter or more of hard alcohol a day, and I was just getting worse,” he said.

Struggling with alcoholism for more than 20 years, Bryan’s shame only drove him deeper into addiction.

“For over half of our marriage we struggled with these issues,” Alicia said. “It didn’t just affect Bryan; it affected the entire family. I tried to help him on my own, but it wasn’t until I gave it to God that things began to change. I had to rely on the Lord and let Him change Bryan.”

One morning Bryan started drinking and didn’t stop. By that afternoon, he had finished six liters of alcohol.

“Alicia came home after work and caught me,” he said. “She packed a bag for her and the boys and left. It was my breaking point. I knew I was destroying every blessing God had placed in my life. I knew I was going to lose everything.”

That night, instead of succumbing to alcohol poisoning, Bryan cried out to God to take this affliction from him, and He did.

“It was instantaneous. He healed me,” Bryan said. “When you find that your purpose is in Christ and it’s not about me and it’s not about her anymore, it’s about us pulling together and our relationship being centered on our Heavenly Father.”

On the road to recovery, Bryan found himself going through withdrawals from substance abuse and trying to rebuild trust with Alicia, his children and their families. It was through this time 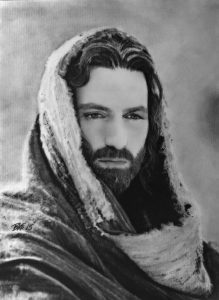 Using charcoal and pencils, Bryan uses his love of drawing to glorify God.

God showed him a gift and passion for art.

“He taught me how to focus, and as I drew, I was in constant prayer with Him,” he said. “My relationship with God was deeper than ever. I’m humbled by the gift He placed within me.”

God began opening the doors for the Evans family to share their testimony with others and their church family.

“In the beginning it was difficult and scary to be transparent,” Bryan said, “but we quickly saw how, through our transparency, God was ministering to others who were struggling with the same issues. We began to see others gaining victory over their struggles, knowing that they were not alone. God was healing us as He healed them.”

Bryan and Alicia help lead “Re|engage” at their church, Edmond, First.  The 16-week marriage enrichment and restoration ministry can benefit marriages in any condition.

“We have seen God do amazing things in the lives of all of the couples who have gone through Re|engage,” Bryan said. “We see a huge impact when Christ becomes the center of a couple’s marriage. When they take off the mask, they become transparent and allow God to heal whatever they may be experiencing. They are no longer just surviving, now they are thriving.”

Bryan and Alicia have traded in mistrust and secrets for a thriving, God centered marriage. Both are using their talents to lead in multiple ways within the church as worship team members and teaching arts and music-related classes in after school programs, all while giving the glory to the Lord for their restoration.

“I thought Alicia could fix everything that was wrong with me,” Bryan said. “However, I was still missing the fullness of Christ. I hadn’t allowed His healing to take place so I could gain victory. God is the only one who could bring true healing, all we have to do is engage in a relationship with Him.”