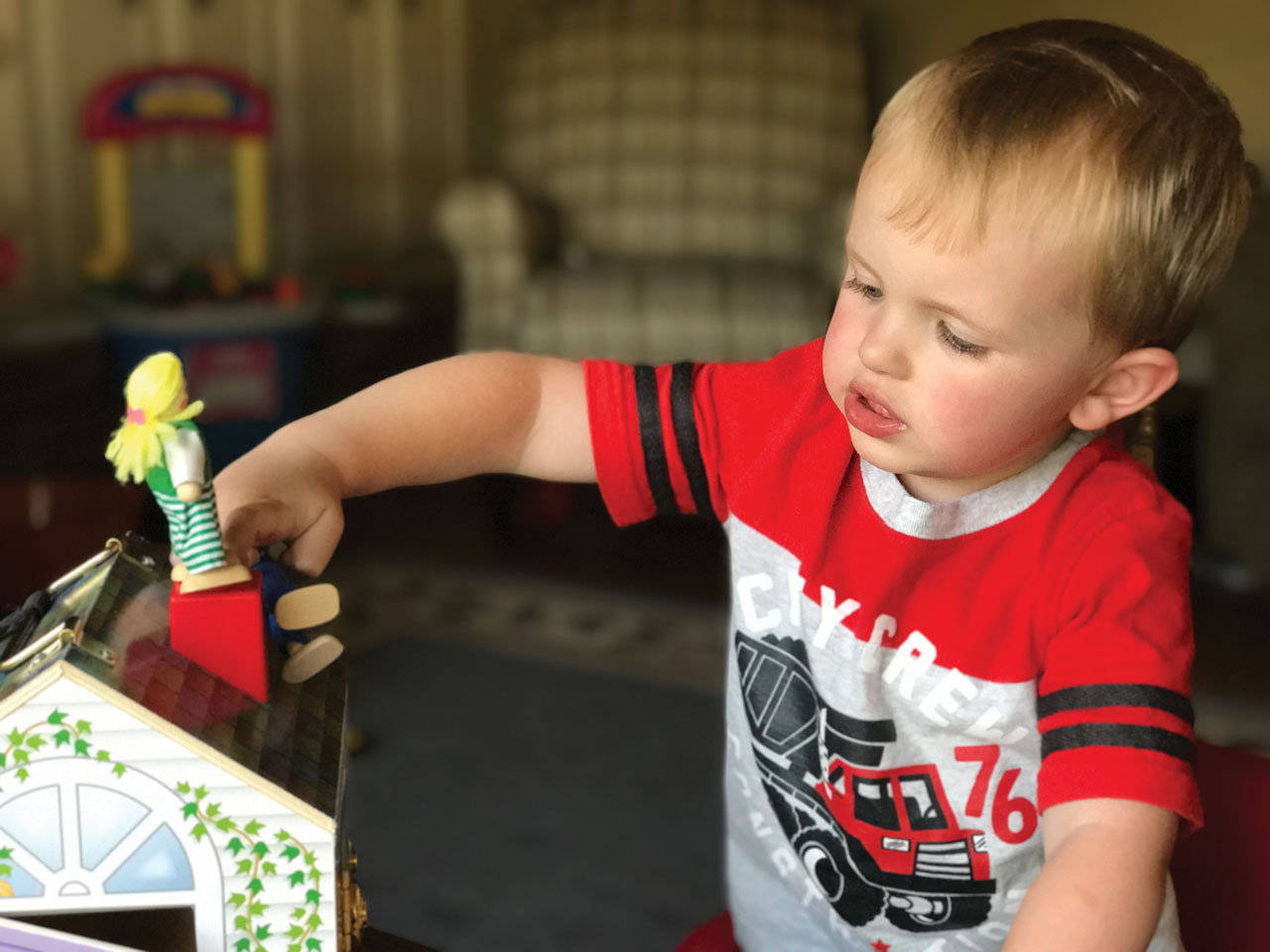 Since the birth of Titus the Honorable, I have become more childlike. Yes, I am the old man stepping carefully through our backyard, wearing a bandana and carrying a water gun. My 3 1/2-year-old grandson and I are on the lookout for predators. Of course, he is much more adept at seeing the tigers, snakes and elephants than I am.

That child has an incredible imagination, and we play well together. At this juncture of his life, I am probably in the top five of his favorite playmates. Since the earliest days of his life, he and I have made funny faces and sounds to each other. He would do it; I would follow suit, and we would both laugh. Now that he is a little older, he will Facetime me and make funny sounds, sticking out his tongue and making the “thhhhhaaattttt” sound.

Not long ago, I was on a bus making my way to the Houston airport when I got a video message. It was Titus the Honorable and Cohen the Goodhearted, both sitting on the couch making funny faces, sticking out their tongues and making weird sounds. At the end, they said, “Poppy, I love you and miss you.” Actually, Titus said it while Cohen said, “Ahhaahdjjgggledimp.” I replayed it over and over, smiling at those two. I hit “record” on my phone and returned a video with even more exaggerated facial contortions and funnier sounds. My daughter-in-love called my wife and said,” You know what your husband just did? It looks like he is with a group of people and he was making funny faces and sounds to the boys.”

My wife replied, “That’s nothing; He has done that in the middle of Wal-Mart.” If my grandsons call their Poppy, I don’t care where I am, I am going to respond to them.

But some of my playtime with my grandsons is structured to teach or guide them into a truth. Titus has a stuffed Curious George at our house. One day he came over, and I told him we had a problem: Curious George had gone missing. “We need to find him!” I said. So we searched the toy boxes, the closets, upstairs and downstairs to no avail. I told Titus we needed to use our heads and think this through, so we sat down.

“What do monkeys like to do?” I asked my grandson.

“Do we have any trees around here?”

So he and I walked out into the backyard, and there was Curious George high up in a tree. “Poppy, can you get him down?” Titus asked.

I jumped into the air a couple of times and said, “He’s too high up for me; what are we going to do?”

Looking around, Titus saw a ladder lying against the shed. He squealed, “Poppy, look! A ladder!” He and I placed it against the tree. I held it as he climbed way up and rescued Curious George.

The other day, we performed another rescue. I placed a little girl figure on top of a toy house and said, “Oh no, Titus!”

“That little girl’s house is surrounded by lava, and she’s stuck on the roof. What are we going to do?”

(I don’t know why, but Titus is in the lava phase of his life. Certain tiles in our kitchen are lava, and if you step on them, you get burned. We have to walk certain paths to avoid the lava and the crocodiles [Yes, we have crocodiles too.])

Titus looked at me and said, “We need to rescue her.” He got another toy figure and helped it leap onto the house to save her.

In these games, I set up two scenarios to help teach Titus we should respond to the need around us.

Deut. 6:6-7 instructs us to teach our children the things of God.  “These commandments that I give you today are to be on your hearts.  Impress them on your children. Talk about them when you sit at home and when you walk along the road, when you lie down and when you get up.” And using playtime to connect children with truth can be fun.

The word “intentional” marks my life. I learned this from Jesus, who often gives people what I call a “holy nudge.” I ask God to show me how to give people a similar nudge to follow His Word. With my grandsons, I do it through purposeful play. A stuffed animal in a tree, a ladder or a floor full of lava—all can be used to communicate the truths of the kingdom.

And that’s a lot more than child’s play.