Faith amid the floods 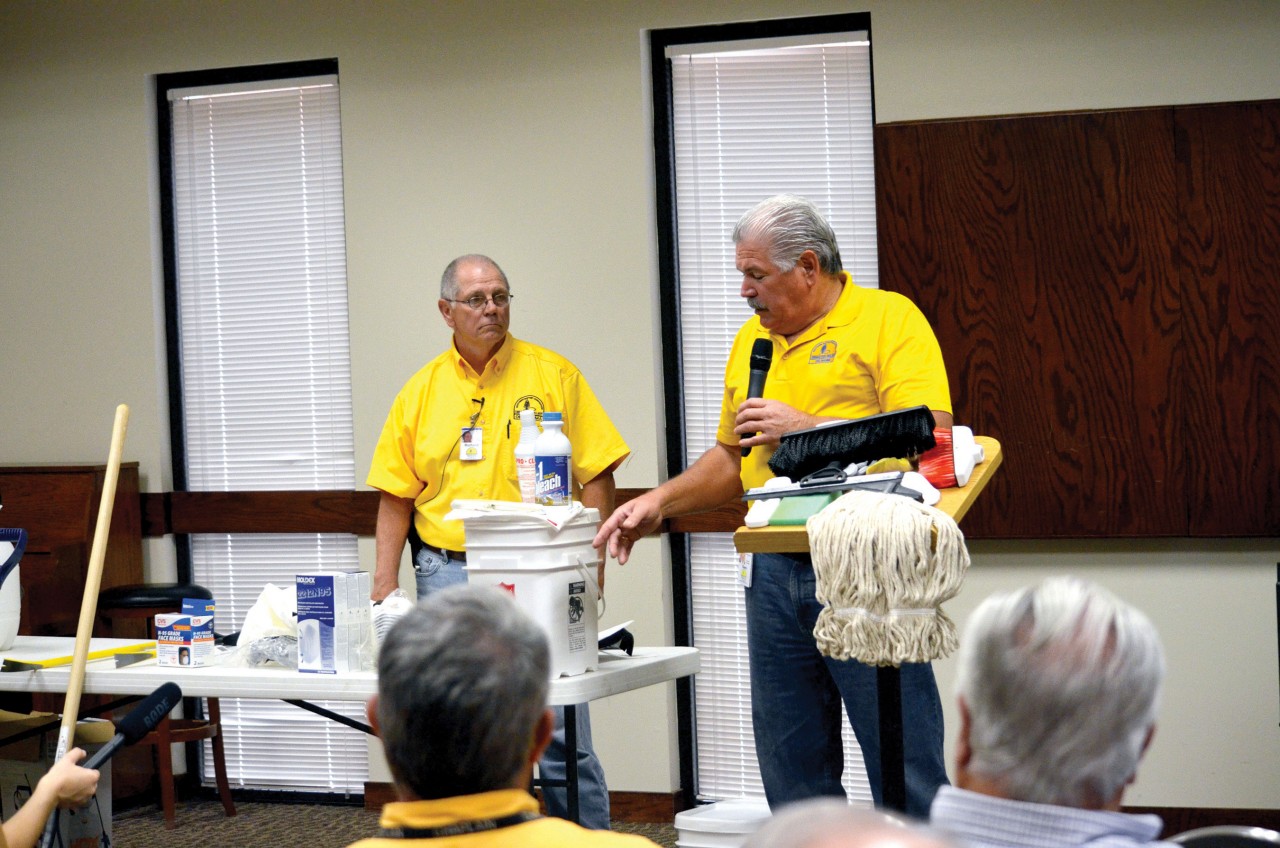 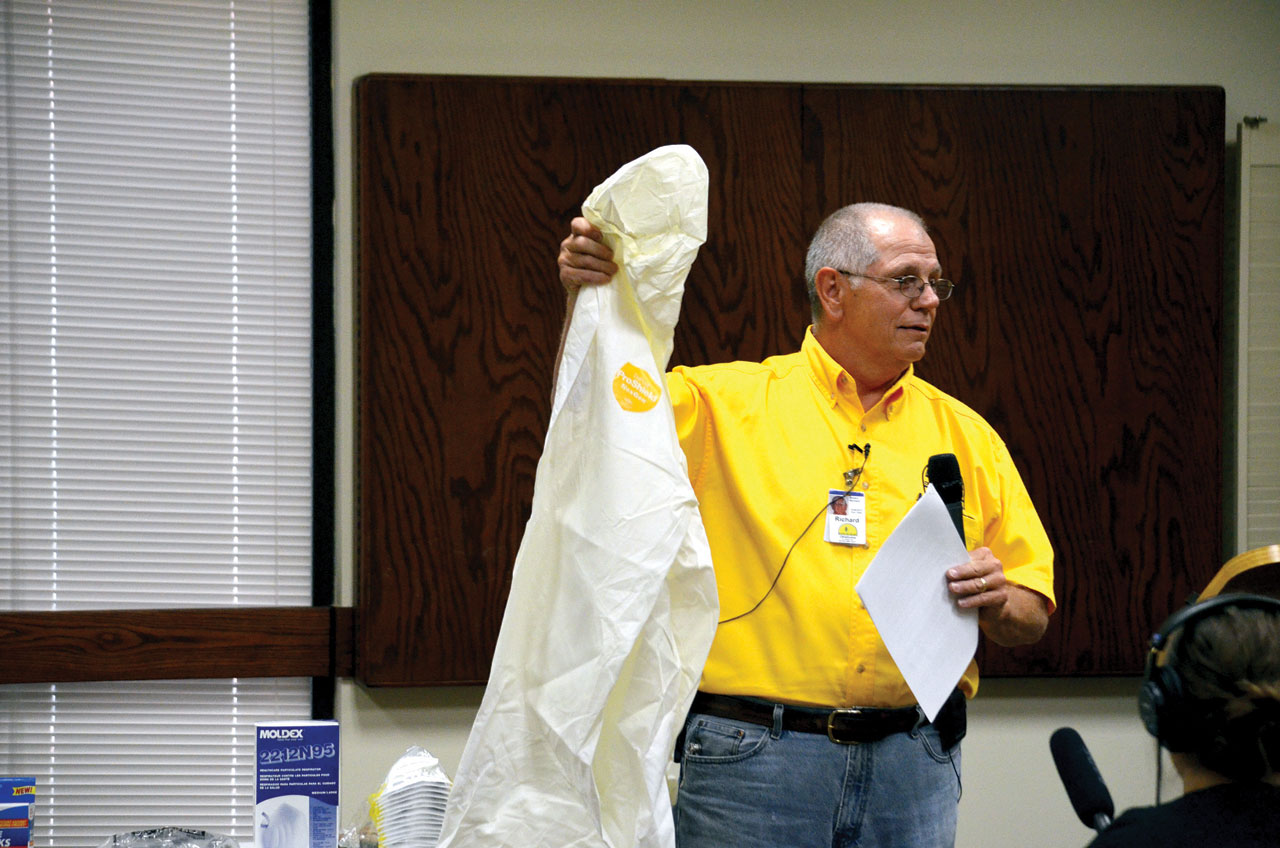 Mud-out and flood recovery expert Richard Brown displays a plastic clothing protection suit as part of his presentation during the first of three training sessions he gave May 27 at Norman, Bethel (Photo: Bob Nigh)

NORMAN—The Baptist General Convention of Oklahoma’s (BGCO) Disaster Relief Office offered special training May 27-29 in several locations across the state “to teach Oklahomans who have had homes or businesses flooded how to care for their properties by properly cleaning and removing mold,” said Sam Porter, BGCO disaster relief director.

The classes were conducted in Bixby, Durant, Elk City, Lawton, Norman and Poteau by expertly-trained flood recovery instructors, and were open to all individuals who want to assist in flood recovery.

“This included individuals, adult groups, student groups, members of volunteer agencies and any others who want to help,” Porter said.

Three classes were held at Norman, Bethel on Wed., May 27. The first session was recorded, and has been uploaded to the BGCO web site. It may be viewed and/or downloaded at www.okdisasterhelp.org.

The lead instructor of the class, and on the video, is Richard Brown of Oklahoma City, Grace Place, a general contractor who has many years of experience in the construction industry and is the lead mud-out trainer with BGCO disaster relief.

Brown and Sam Porter, Baptist General Convention of Oklahoma disaster relief director, demonstrate items that can be used to clean out and sanitize a home or business that has been contaminated by floodwaters. Other such classes were held in Bixby, Durant, Elk City, Lawton and Poteau. (Photo: Bob Nigh)

“We just hope and pray that we’ll be able to impact people all over the state with this training,” Porter said. “We have had 38 counties with homes that have had water in them, and there is no way Baptist disaster relief can handle the job. My dream and vision is that we can impact Oklahoma better by telling them what we know and have experienced and show them how to stop the mold that is so dangerous to everyone.”

In addition to the flood recovery training, the BGCO has set up kitchens and feeding operations at Lawton, First West and at the Union Association Office in Norman. The convention’s Mobile Incident Command Center also has been situated at Norman, First, where assessors were in the field as soon as the floodwaters began to recede.

Also, three chain saw/debris removal crews were at work in LeFlore County near Poteau and another one in Atoka County.

For more information, or to make a tax-deductible donation to Oklahoma Baptist Disaster Relief, visit www.okdisasterhelp.org.