ACC has Gospel impact on campers 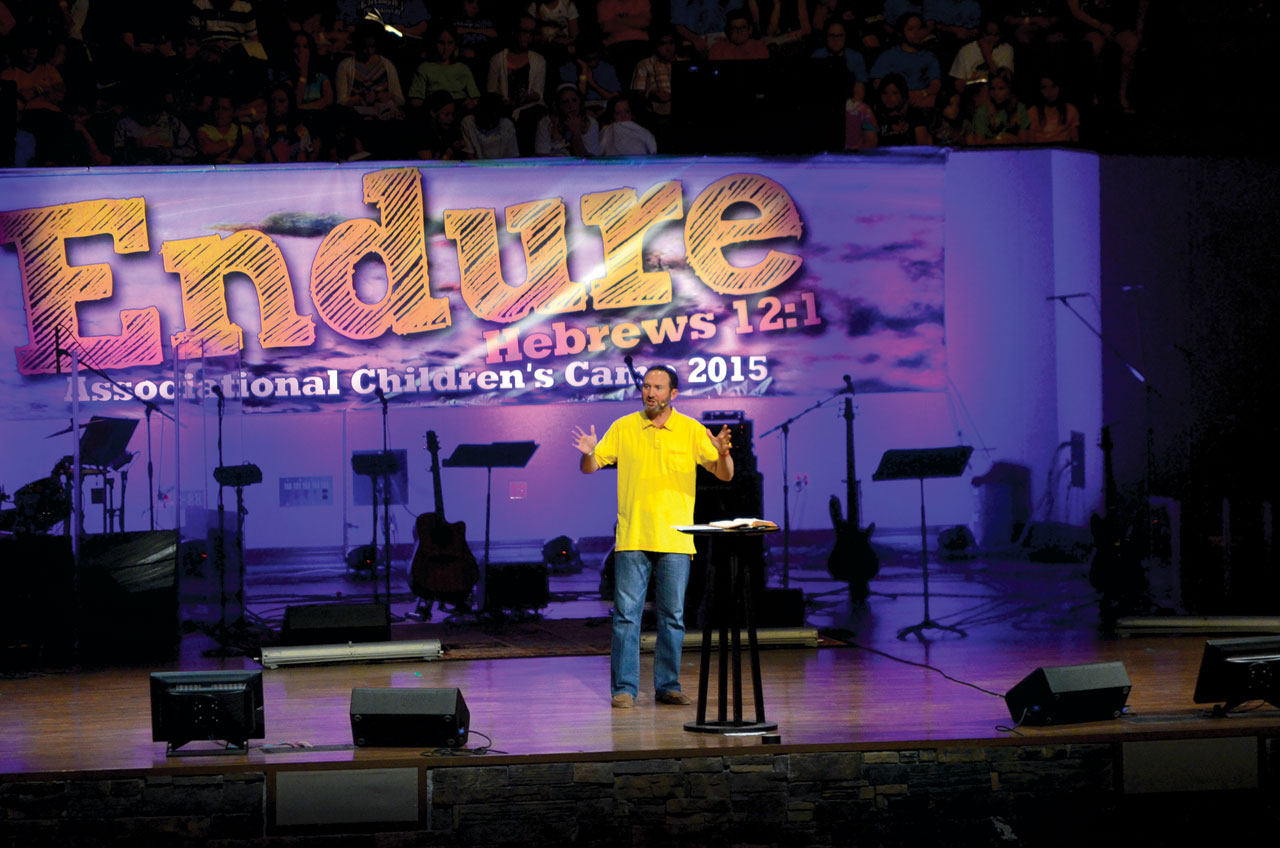 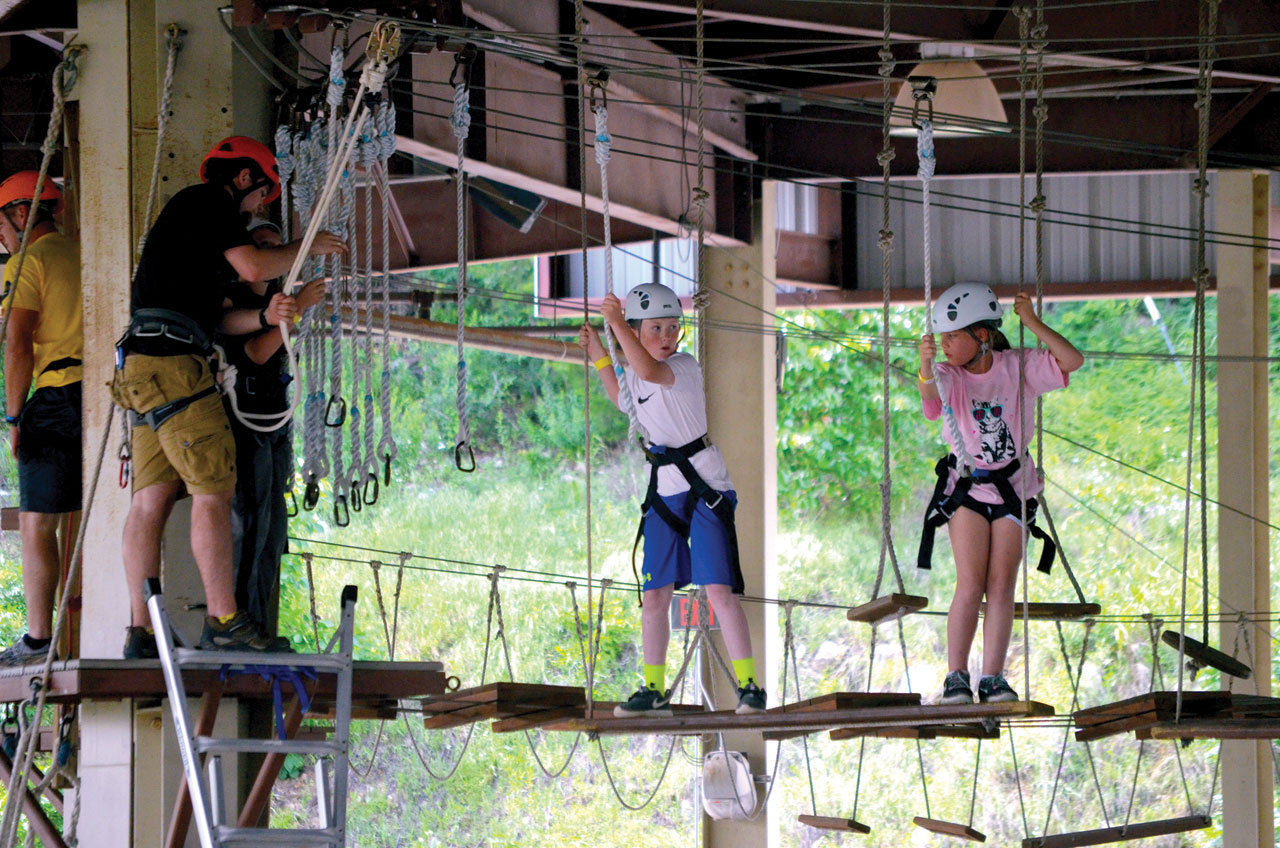 DAVIS—The two camp experiences of Associational Children’s Camp (ACC) at Falls Creek Conference Center endured the weather threats that have challenged all of Oklahoma during the month of May. Session One covered May 24-27, and Session Two met during May 27-30, and both experiences saw children, who complete 3rd-6th grades, make decisions for Jesus Christ.

As of time of publication for this week’s Baptist Messenger, only Session One numbers were available with 3,229 campers in attendance and 430 total response decisions made, including 219 professions of faith, 29 assurances of salvations, 100 rededications, 63 committing to missions and ministry and 19 other decisions.

Tim Green, director of missions for South Canadian Association, who served as the ACC business manager, provided the camp results and said the ACC, which is operated by state associations, has a goal to, someday, to reach 5,000 students per camp and 10,000 for the two camps combined. So far, the 2014 ACC camps holds the records for most campers in attendance with 7,189 and for most decisions made with 711. 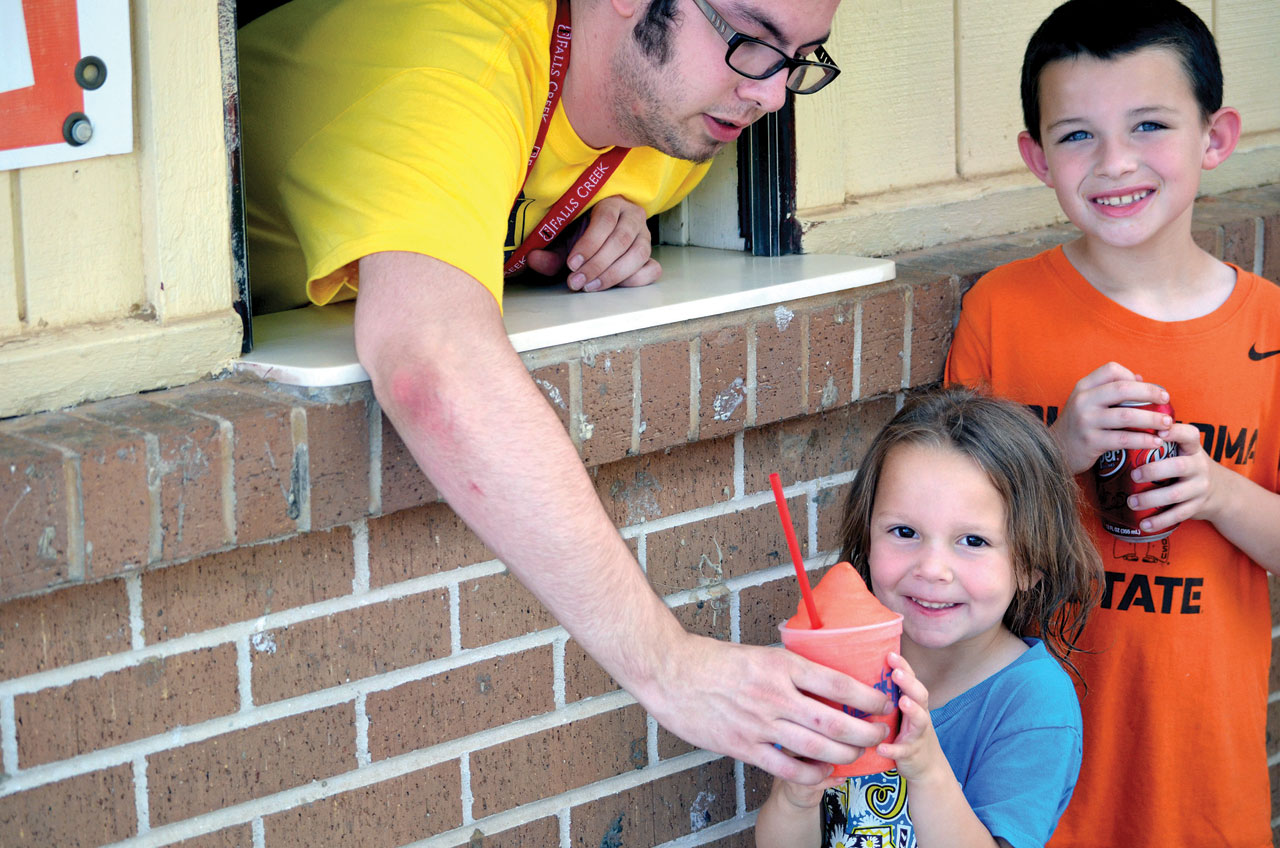 Gabby Davis from Weleetka, First received one of the first Icees served at Falls Creek this summer (Photo: Chris Doyle)

“The only reason we want to increase our attendance is so that we would get more students a chance to hear the Gospel,” Green said. “(ACC) is open to any Southern Baptist church in Oklahoma, or other states.”

Weather conditions did affect some of the ACC activities. Flooding conditions prevented campers from enjoying Falls Creek recreation fields, and the swimming opportunities were cancelled “We take a lot of pains to insure the students are safe,” said Green, “If there’s any slightest doubt of safety, we are not going to do it.”

Green commended the churches and sponsors for being flexible and providing other activities for the campers in the afternoons. Bill Buchanan, professor of recreation and leisure studies at Oklahoma Baptist University, also provided interactive games in the amphitheater that replaced the swimming times. Buchanan leads a ministry called Kids Celebration and provided fun experiences during the camps’ morning assemblies. 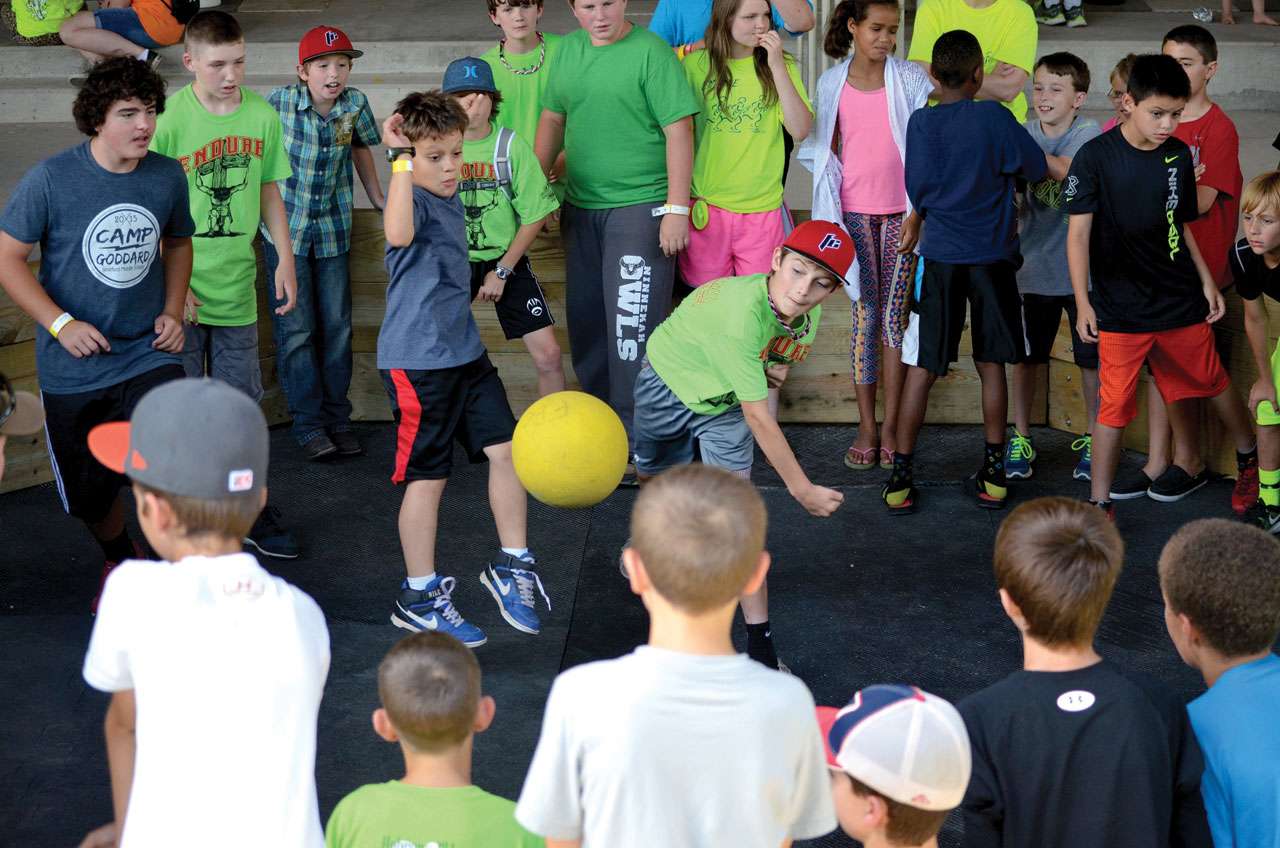 Texas, Immanuel, served as the Session Two camp pastor. Green spoke highly of both pastors, knowing they would present clear messages of the Gospel.

“We want to present the Gospel in a clear, definable, understandable biblical way without a hint of manipulation,” said Green. “(Both pastors) did a wonderful job.”

On the final night of the Session One camp, Freeman shared about his young son, Trey, who passed away almost two years ago. Preaching from John 11 about Jesus raising Lazarus from the dead, Freeman emphasized how this miracle was Jesus sharing a physical example of a believer experiencing the transformation of spiritual death to spiritual life.

He then told campers about Trey’s final day on Earth, surrounded by family in his hospital bed.

“Right there in that moment, Trey asked, ‘Am I going to die?’ I didn’t know what to say, I was speechless. But God gave my wife an answer that changed our lives. She said, ‘Trey, you are not going to die. You are about to live. You’re about to really live.’” 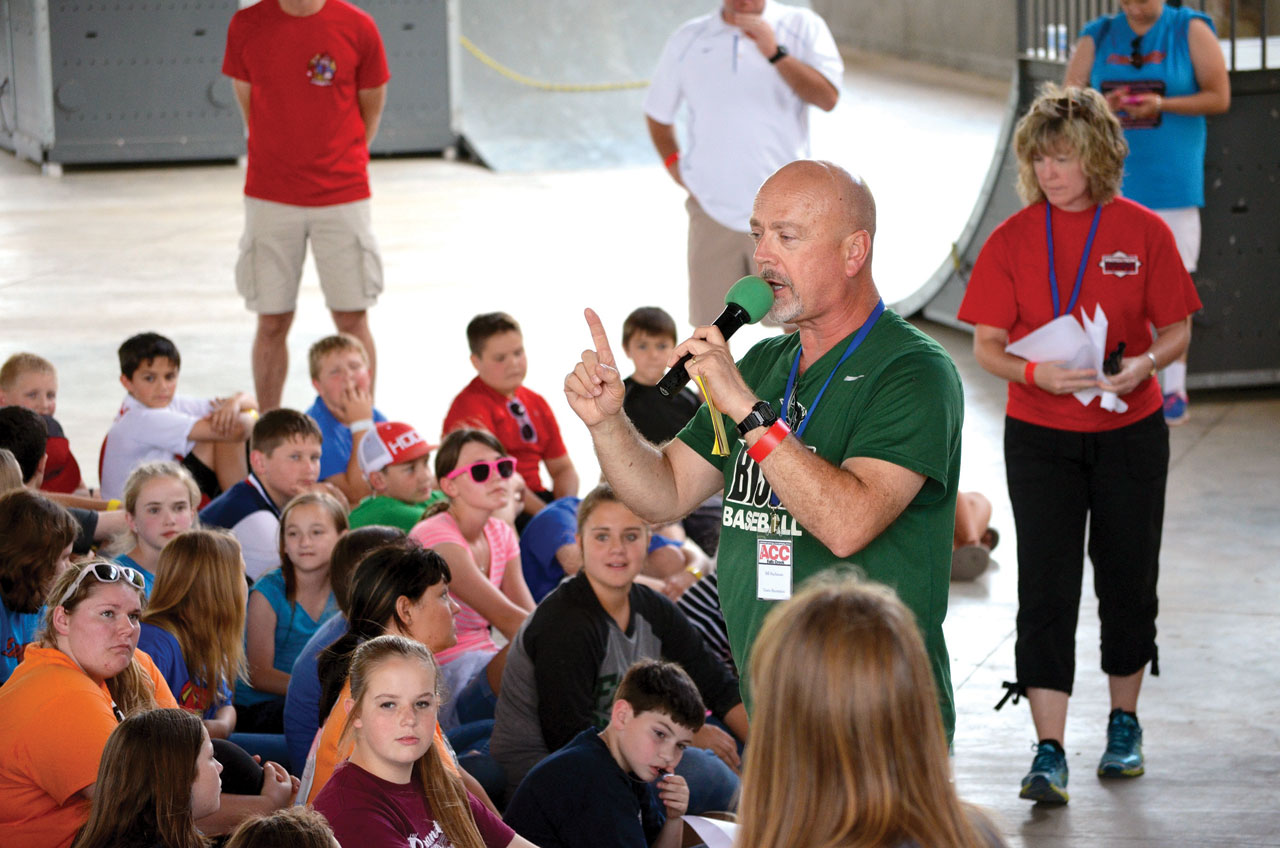 Among the total decisions that evening, 84 campers made professions of faith.

“Like the youth camps of Falls Creek, the real genius of all this is to take students of any age away from distractions of their ‘worlds,’ so to speak, and get them into this beautiful setting down here and let them talk about Jesus for a few days,” said Green. 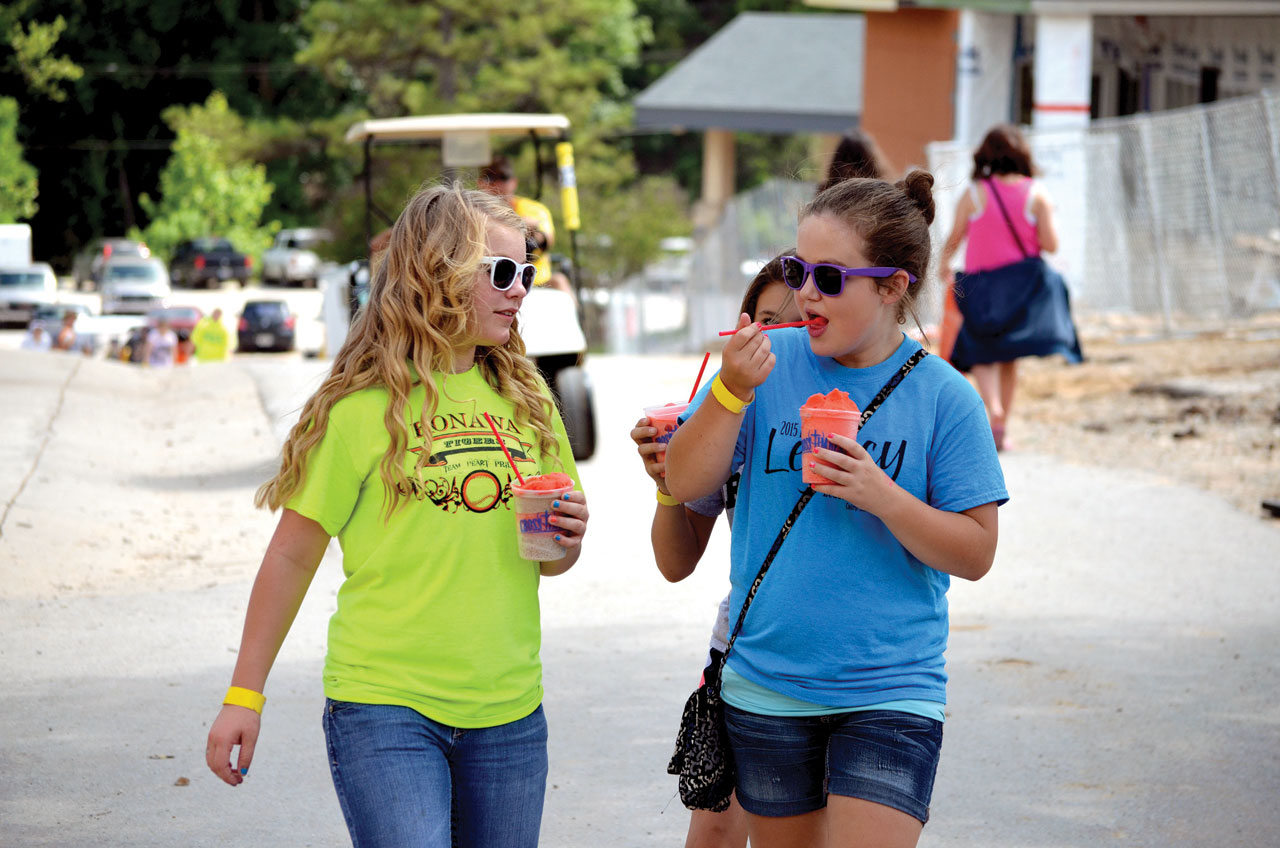 Jeremy Freeman shared a story about his son, Trey, during the Session One camp (Photo: Chris Doyle) 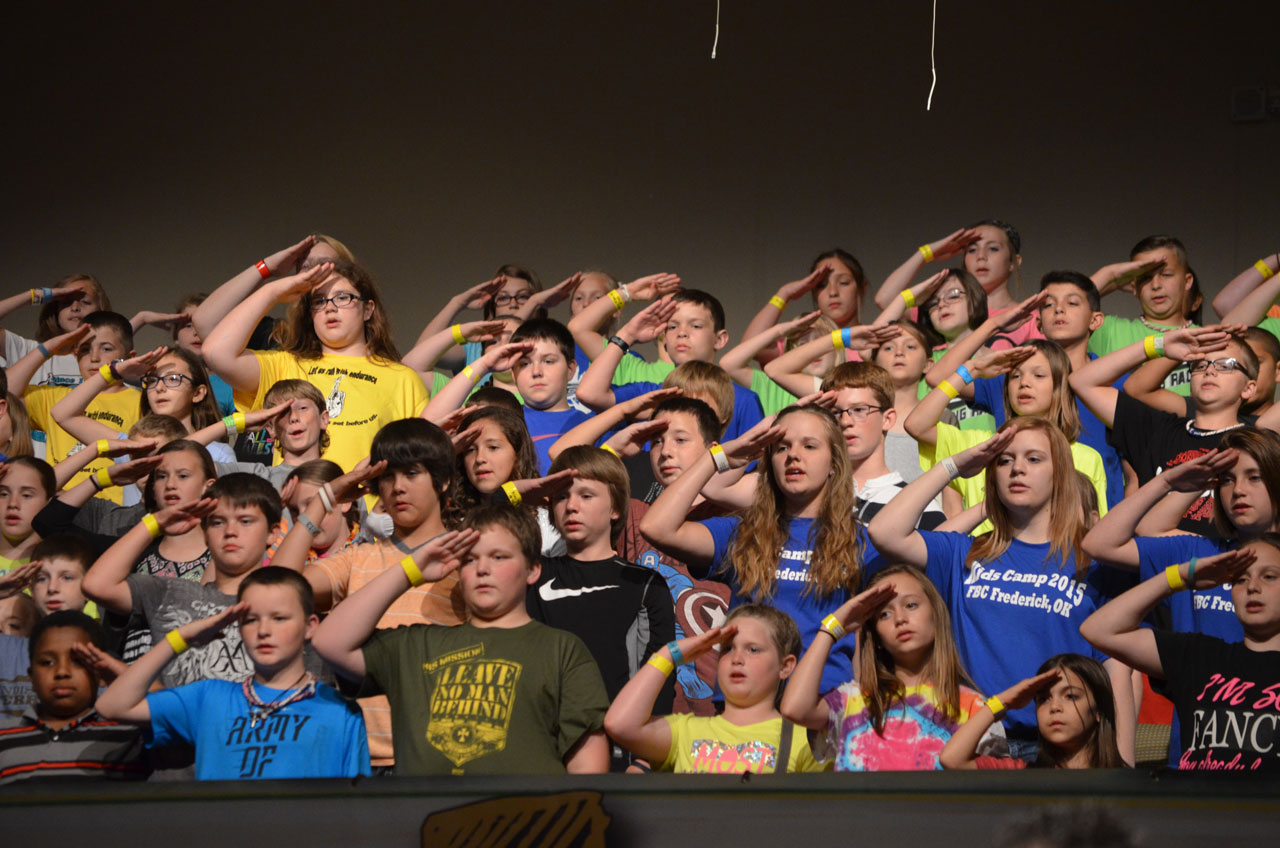 The camp choir was a major part of the ACC worship experience (Photo: Chris Doyle) 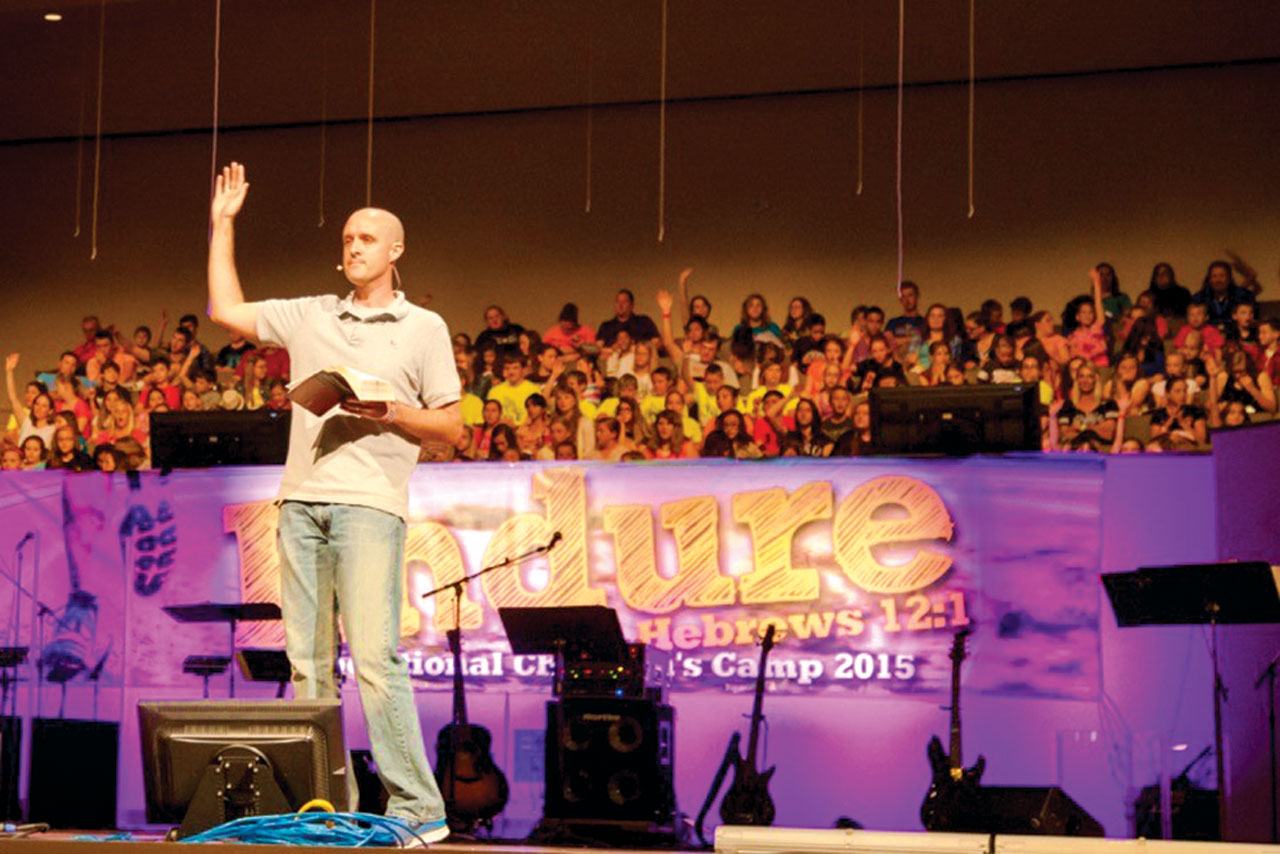