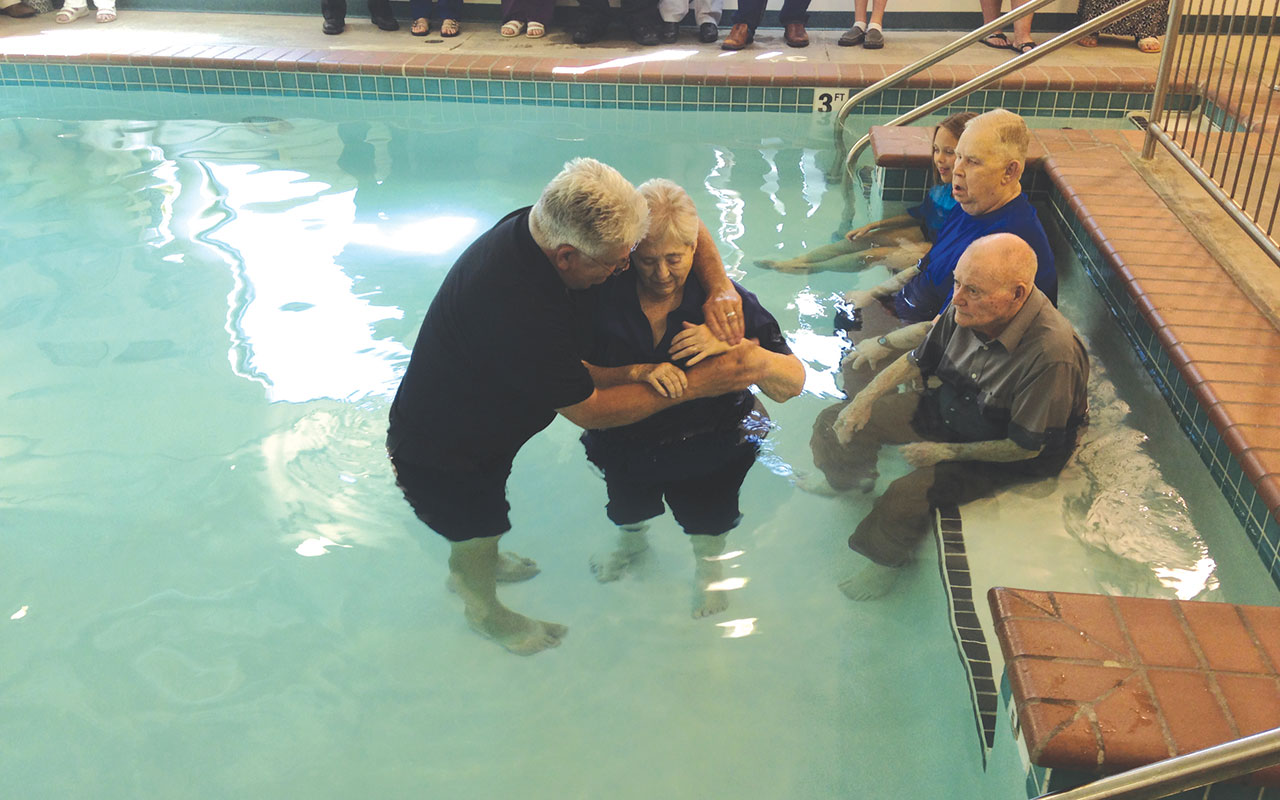 Bill Pierce, president of Baptist Village Communities (BVC), had a conversation with Chris Finley, BVC director of chaplain services, in 2014. One of the things they discussed was making a greater emphasis on evangelism at the eight Baptist Villages in Oklahoma.

Finley then approached Mike Napier, personal evangelism specialist for the Baptist General Convention of Oklahoma, and in the last year, they began the process of asking all BVC residents to share their salvation experiences.

“We concluded that many senior adults have a salvation story to tell, but have never written it down to share with family and friends,” said Finley.

Napier and Finley traveled to every Baptist Village, and with the help of local pastors and church leaders, they asked residents if they would write their story of how they accepted Christ.

“Sometimes they had a story; sometimes they didn’t,” said Napier. “For those who had stories, we helped them write it and then placed it on The Most Important Thing website for them.”

Napier said how sharing their salvation stories on the website would have an impact on not only the residents’ children and grandchildren, but also those of their family who have yet to be born.

“That is for the point of legacy,” said Napier about the influence residents can have in sharing the Gospel to future generations. “Children who haven’t been born yet, they can go read their (relative’s) story because it’s capsuled right here. The legacy aspect of this is great.”

Along with receiving great feedback from residents sharing their story, they also encountered other great results.

“I got to lead a lady to Christ in Hugo,” Napier said as he told about the time he and retired pastor Fred Greening were visiting Baptist Village of Hugo.

He and Fred were walking the hall as they were visiting with residents, and concluded they had time for one more visit. Dan Stiles, campus director of Baptist Village of Hugo, saw them and led them to Madeline Baker’s room.

Napier recalls what Stiles said to Madeline, “’These gentlemen would like to help you write your story about how you came to know Christ.’ And her response was this, ‘I don’t know if I have a story.’ (Stiles) looked at us and said (to her), ‘Well, they can help you with that, too.’”

After he shared the Gospel with her, Napier noticed her eyes welled up. He remembers her response.

Other stories from meeting with residents include an experience at the Baptist Village of Cleveland. After a pastor, youth pastor and the young pastor’s daughter visited with a resident, the resident initially declined and said she was not ready to accept Christ.

As time passed, the resident spoke with Terry Dennis, campus director, and asked if the pastor, youth pastor and daughter would come back.

Along with residents making professions of faith, some, when asked about sharing their story, admit they have never been baptized, like Fred and Pearl Hopkins at Baptist Village of Oklahoma City.  They were recently baptized at the on-campus pool.

The number of stories continues to grow. They include experiences of Baptist Village employees and family members of employees accepting Christ.

As Napier mentioned the legacy impact of Baptist Village residents sharing their story, though the impact is there for upcoming generations, there also are powerful results happening now.

Visit mostimportantthing.org to see testimonies of Baptist Village residents, as well as others who have made professions of faith.