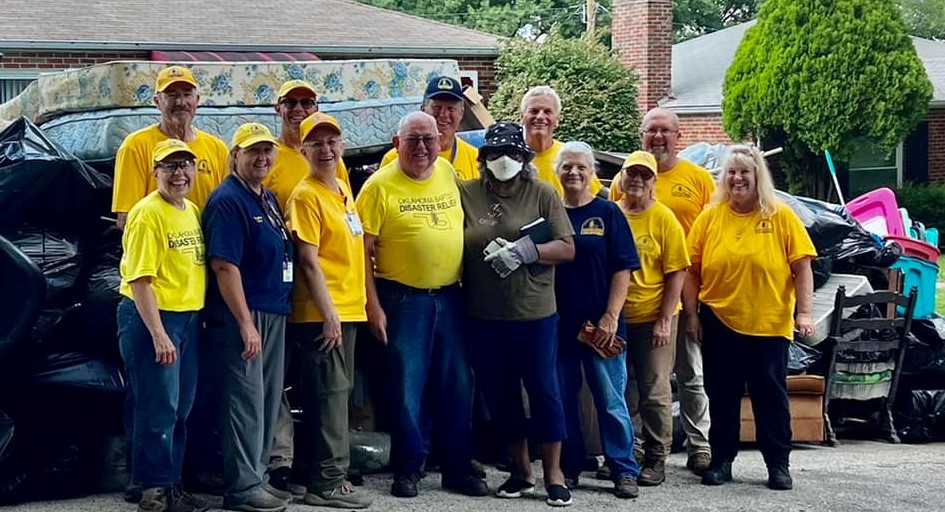 Above: DR team members pose for a picture after helping a St. Louis resident recover from the recent flood

Team members of Oklahoma Baptist Disaster Relief (DR) left Aug. 7 to do flood recovery in St. Louis, Mo., after a major storm struck the area at the end of July. It was the same storms that flooded Kentucky. 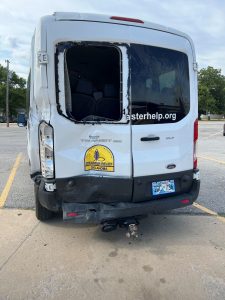 One of the Ford Transits that was damaged in the Aug. 7 accident, as DR team members were traveling to St. Louis, Mo.

The caravan of 17 DR team members approached a construction zone in northeast Oklahoma, started slowing down and was rear-ended by two semi-trucks. Seven team members received medical attention at a Miami hospital, and all seven were released that evening.

DR officials said it was a relief to watch all seven team members walk out of the hospital and “God had protected them.”

Two DR Ford Transits and a luggage trailer were damaged in the accident. Insurance totaled all three vehicles.

Of the seven who were injured four went back home, but three determined to continue on to Missouri and did mudout work. Thankfully, the rough start to the trip resulted in Gospel-honoring work. 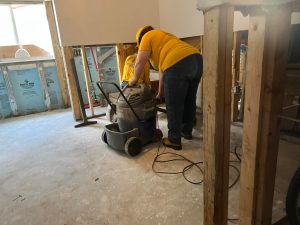 Nearly 50 DR team members helped with mud out in 127 homes.

DR sent a total of four teams that served from Aug. 8 until Sept. 3. Nearly 50 team members were among the four groups, representing 40 Oklahoma Baptist churches and four associations, including San Bois, Cimarron, Great Plains and Capital.

The team members completed 127 homes of mud out. They passed out several Bibles, and a highlight of the experience was meeting Carolyn whom DR helped in flood recovery. A follower of Christ, Carolyn prayed with the team, offered a thank-you card and sang to the DR team. 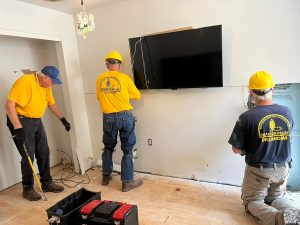 They also helped with dry wall treatment and home repair.

Two DR team members were recently honored for going the “extra mile.” Carolyn Boyd and Jan Arbuckle of El Durado, First were two of the team members who decided to continue going to Missouri after the accident.

For more on Oklahoma Baptist Disaster Relief and to donate, visit okdisasterhelp.org.