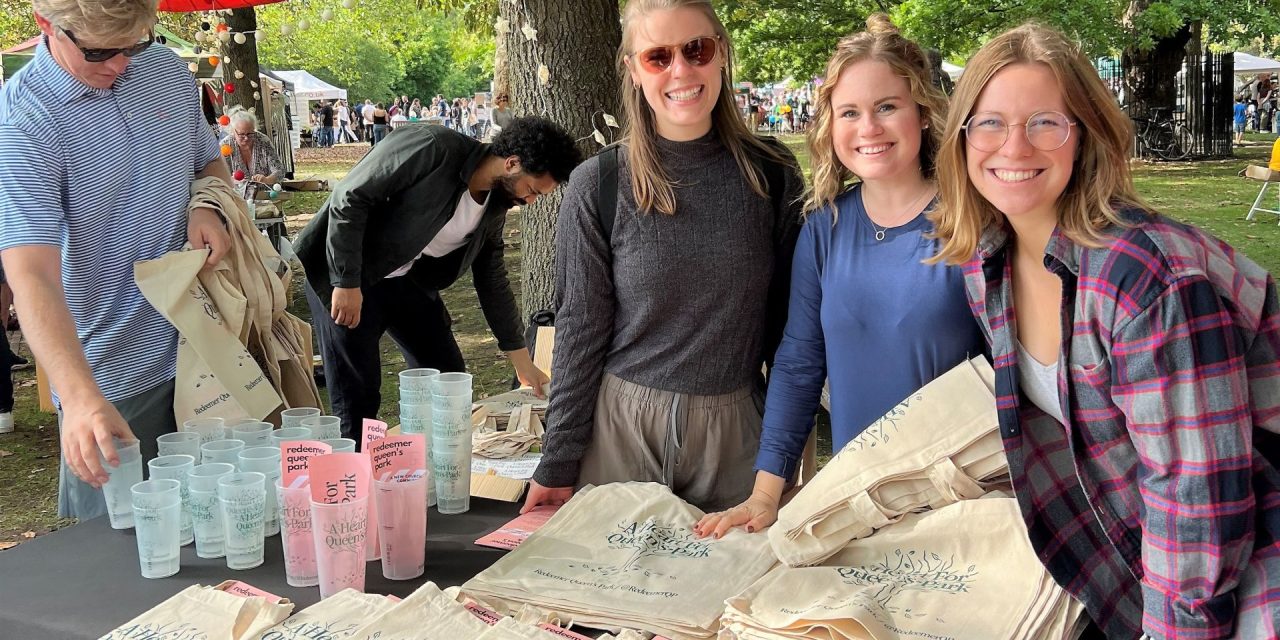 LONDON (BP)—She was crowned “defender of the faith and supreme governor of the church of England,” but Queen Elizabeth II’s public ownership of her faith extended beyond the official descriptor. Mourners have placed flowers outside Buckingham Palace in London in honor of the late Queen Elizabeth II, who will be interred Sept. 19.

“I think people who are Christians are so grateful for the way that she spoke about her faith,” Portero said. “And you see lots of different quotes where she has been driven and sustained and inspired by the teachings of Christ and by her faith.”

“I think Christians are encouraged to see such a public figure really embody and embrace her faith, and to want to be outspoken and to share about that, what it has meant for her life and eternity,” Portero said.

Research paints London as the most religious and socially conservative place in all of the United Kingdom, but not all of the queen’s fans appreciate her Christianity.

“For other people, it’s almost like you can just choose to ignore that,” Portero said of those who view the monarchy as a cultural distinction, “which I think is really not fully seeing her as a person, because her faith was clearly so important to her.”

As England and its friends mourned, Portero stood in a long line Sept. 9 to lay flowers on the lawn outside Buckingham Palace.

“I think people are reflective, and I think they are certainly interested and want to pay respects and want to honor her for decades of duty and service,” Portero said. “Even if there are different feelings about the whole institution of the monarchy, there is admiration for her and her sense of duty and service to the country.”

Redeemer Queen’s Park has not held any official outreach in response to the death, but has taken opportunities for Gospel conversations.

“It sparks thoughtful conversations. One thing I’ve heard a lot of people say is that she has lived and reigned for so long, that you almost think she’s immortal,” Portero said. “And so that’s a good time to prompt a conversation that actually she is (immortal) in heaven, because of her faith. But it’s not a sense of just this big immortal figure.”

Redeemer Queen’s Park is not a member of the Church of England, but is one of 25 evangelical congregations in the Co-Mission Network, a church-planting group based in Wimbledon that also includes Church of England congregations. The Summit Network, the church planting arm of The Summit Church in North Carolina, also supports Redeemer Queen’s Park, according to Redeemer’s website.

The Church of England is the primary state church of England and represents at least 85 million people in more than 165 countries, according to history.com. The church is considered both Catholic and Reformed.

The queen was charged with appointing archbishops, bishops and deans of the church, who were obliged to swear an oath of allegiance and pay homage to the queen, according to royal.uk.

Among London’s 9 million people, 62 percent identified as religious in research company Theos’ 2020 study, “Religious London: Faith in a Global City.” About a fourth of Londoners attend a religious service at least monthly, compared to a tenth of those outside the capital, Theos found.

Catholicism is the largest Christian denomination in London, comprising 35 percent of the population; followed by Anglicans at 33 percent, Pentecostals at 7 percent, and Orthodox Christians comprising 6 percent. About a fifth identify with a non-Christian religion, including nearly 10 percent of Londoners who are Muslim, Theos said.

About 300 languages are spoken in the diverse population that Portero describes as fast-paced and largely secular. Redeemer Queen’s Park seeks to live counterculturally while engaging the culture.

“Truly the nations have come here,” Portero said of London. “We just want to see people meet Jesus… The Gospel is for everyone. We want everyone to know it and respond to it.”