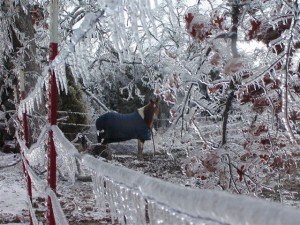 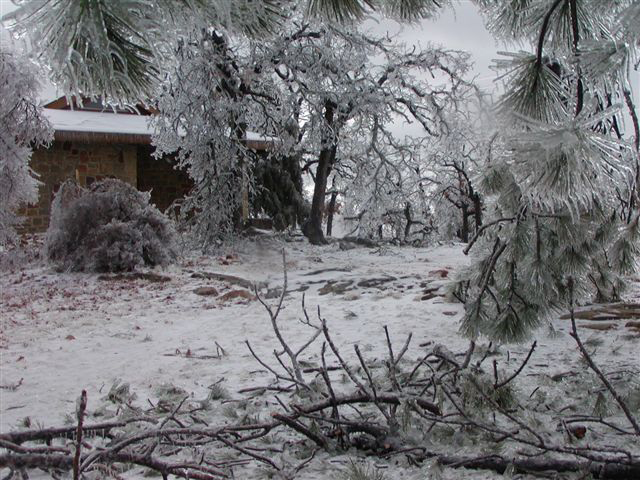 Just as the Oklahoma panhandle was digging out from a winter blizzard, a massive ice storm crippled the eastern and southeastern part of the state in a weekend catastrophe Jan. 13-14.

Following on the heals of three waves of precipitation, huge power outages caused by the weight of the ice and strength of the winds left thousands without heat and electricity in the sub zero temperatures.

To the rescue are Oklahoma Baptist churches, associations and Oklahoma Baptist disaster relief teams, which were on the scene serving meals and offering help with the broken tree limbs and trees uprooted by the storm. 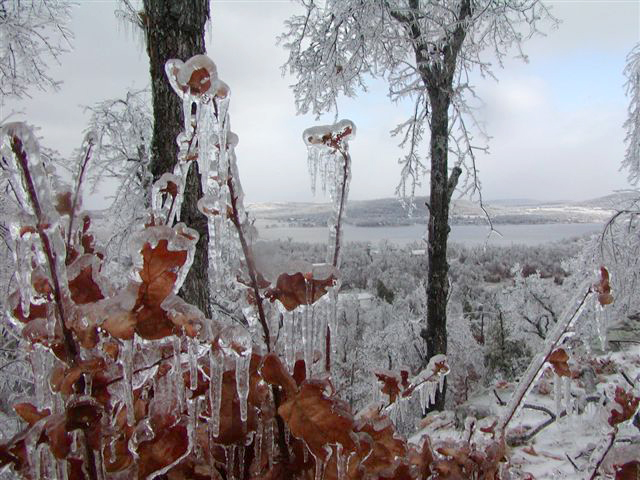 Disaster relief coordinator Sam Porter was in McAlester, where power was not expected to be restored completely for three to four weeks. Feeding units have been set up at the Southeast Expo Center in MeAlester and the County Fairgrounds in Muskogee.

“We will serve a 25-mile radius around both McAlester and Muskogee,” said Porter, noting that the storm did the most damage 20 miles either side of Highway 69.

Porter said the biggest challenge with this storm is that the feeding has to take place inside because of the freezing temperatures which were not expected to reach above the freezing mark for several days.

McAlester is being served by the Northeastern Oklahoma Zone of the disaster relief team, to be followed by the Northwestern Zone after a week. LeFlore, Bryan and Muskogee Associations started the feeding in Muskogee, to be relieved by other associational teams later in the week.

“We were told it would be five days before one light could be turned on in McAlester,” said Porter. “There was not a tree in the city that was not touched by the storm. It’s much worse than the ice storm which hit Christmas day in 2000.” 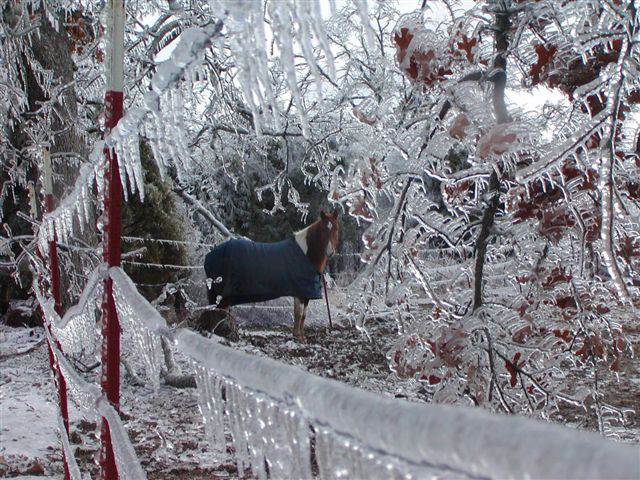 Porter said four teams of chain saw crews will be put to work, two in McAlester and two in Muskogee.

“Our goal is to put some in every major town and then work out into the rural areas,” he said.

Porter noted that price gouging is huge on clearing trees from the stricken areas. He said because President Bush has declared the state a disaster area, people can be reimbursed on the purchase of generators and chain saws, up to a certain amount. The federal government declaring the area a disaster means 75 percent of the cost of clearing the icy catastrophe will be paid at the federal level.

“Whoever is running shelters in outlying areas can pick up food and take there,” he said. Porter added that local communities can usually serve the needs in a disaster from 48-72 hours after the emergency, but then begin to run out of supplies.

Wayne Hicks, a deacon at McAlester, First, said he got an e-mail from Porter the Wednesday before the storm hit, saying “if you’re going to do something about the pending ice storm, you’d better get to doing it.”

“We decided to set up a shelter at the church, and started making phone calls to get a generator, which was donated by one of our members, and some heaters to work off the generator,” Hicks disclosed. “We also contacted the Red Cross which sent over cots and blankets.”

Hicks said the church started taking in people Saturday when the power went out.

“We served them cold sandwiches the first night, and had about 45-47 people sleep in our Activities Center,” he said. “By Monday we were feeding at least 100 people per meal.”

Hicks said the food came from the Red Cross, the church pantry, a local business and a man whose freezer went out just after he butchered some beef.

In Muskogee, Gary McKeen, associate in the Muskogee Association office, said the associational disaster relief trailer started serving meals Sunday night, and served 700 meals on Monday before moving to the fairgrounds to join other associations there.

He said people are sleeping in the armory, and pastors are coming to help with counseling.

“The main roads are pretty clear and the side roads have tracks, so getting around is not the problem,” he indicated. “Our biggest need is some way to keep the food warm as we transport it to outlying areas.”

Porter said the Disaster Relief teams would remain in the afflicted areas as long as needed.