Frontiers of lostness in Oklahoma 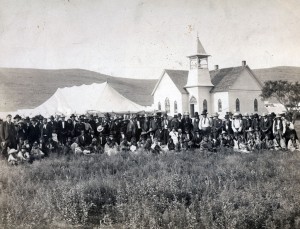 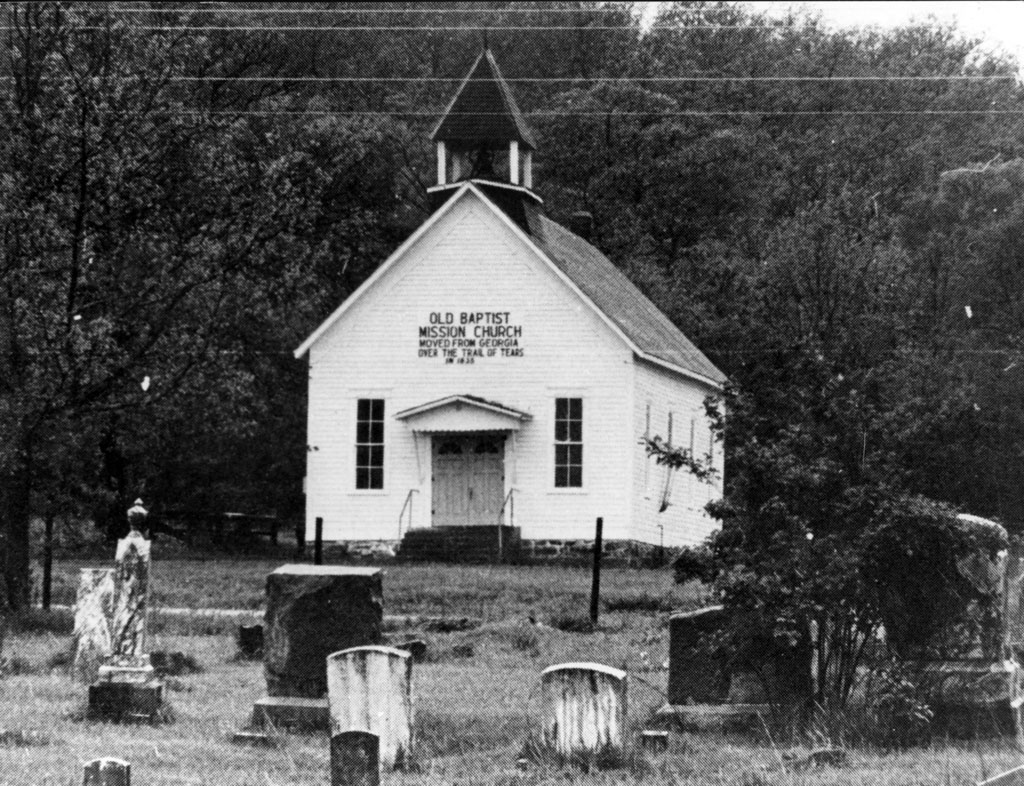 Editor’s Note: This is the first part of a two-part series about the westward movement of the church in America.

The story of Baptist work in Oklahoma is as colorful and rich as any you will find. The first Baptist church founded on Oklahoma soil was led by a Creek Indian, John Davis, with two whites and three black slaves as the first members. From that small beginning on Sept. 9, 1832, the Muscogee Baptist Church, which held services in both English and Creek, began reaching dozens of people for Christ. Each week, new converts were added.

On Oct. 14, 1832, 10 Native Americans, 26 black slaves and one white man were baptized by Davis. This beginning portrayed what would happen all over the land that became Oklahoma in the decades to follow: Baptist people settling in a new community, founding a Baptist church and that Baptist church being used of God to reach others for Christ and start more Baptist churches.

Jim Slack, a researcher for the International Mission Board of the Southern Baptist Convention, has studied how Baptists “won the West,” becoming the largest Protestant denomination in the United States. The story is fascinating. It confirms what we know about Oklahoma, and it carries profound lessons for impacting lostness in Oklahoma today. 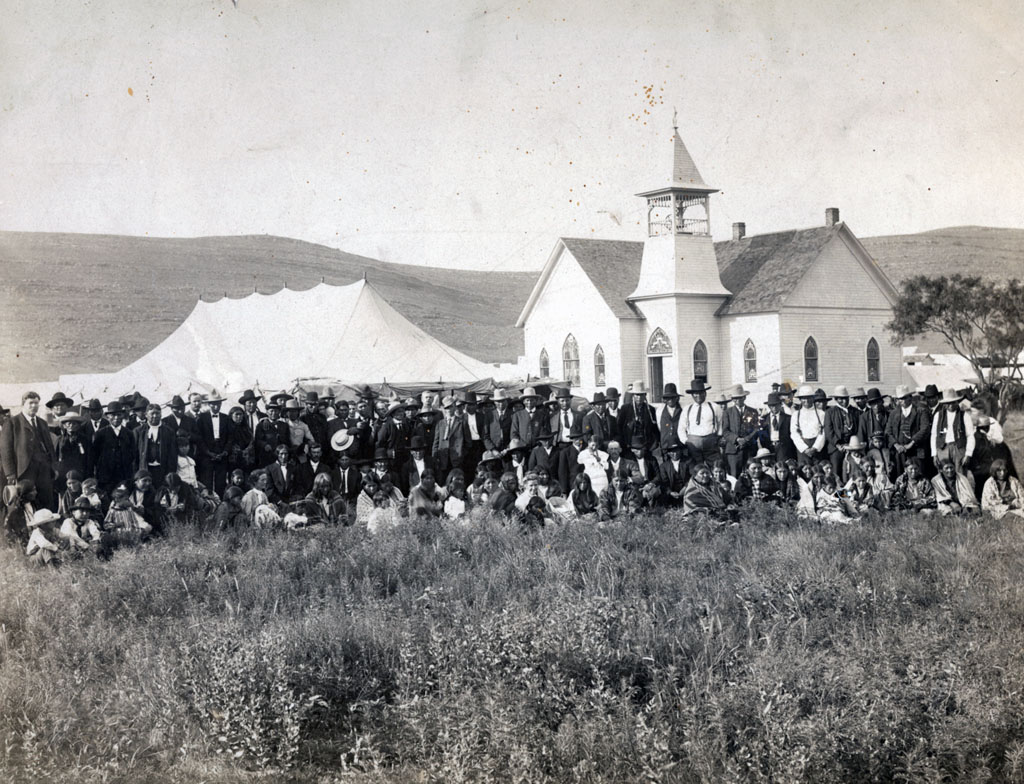 The answer to this question is not only fascinating, but highly instructive. Slack reveals in his research that Congregationalists, Episcopalians and Presbyterians spread slowly from their base in the original Colonies, due largely to their institutional structure that relied on trained clergy to start and lead their churches. Most often, these pastors were appointed to their positions, reflecting a church polity that was organized from the top. There were other factors that stymied their growth as well. But Slack shows us that Christian denominations that believe you must have theologically trained pastors and steeple-topped buildings in order to “be a church” find it exceedingly difficult to reach peoples on the leading edge of the frontier.

The Congregationalists, Episcopalians and Presbyterians lagged an average of 200 miles behind the leading edge of the frontier, planting churches only in established towns that could support their formally-educated pastors. Those groups that started churches as communities were forming on the frontier had a huge start on reaching the peoples of those newly-established communities. And, as it turns out, Baptists were the best at keeping up with migrating populations and planting churches where they settled. Baptist growth in America from 1800-1960 is unparalleled. From a little more than 100,000 in 1800, Baptists approached 20 million by 1960.

Our experience in Oklahoma is that Baptists started churches in great numbers as the territory was settled. By 1906, the year the Baptist General Convention of Oklahoma was formed, 451 churches were members of the convention. Most of these were new churches, formed by the migrating populations settling Oklahoma during the great land rushes that began in 1889. Oklahoma Baptists continued to start churches at a rapid rate over the next 30 years, with 1,006 churches affiliated with the BGCO by 1930.

How did this rapid growth happen? What was it about the Baptists of yesteryear that made them so effective at reducing lostness? Slack tells us the basic reason is that Baptist theology and polity fitted them better for the frontier than any other denomination of churches. Specifically, this is what he means. First, each local church was autonomous and thus could make decisions about calling a pastor and establishing a meeting place without a directive from a distant authority. Second, lay Baptist church members, often uneducated, migrated west. And as they moved west they were encouraged to plant a church if no Baptist church existed where they settled. Third, Baptist churches on the frontier met in homes, saloons, stores, barns, school rooms and any other place they could find. Fourth, local churches found their pastors within the maturing body of believers in their new church. Baptists were comfortable with farmer-preachers and blacksmith-preachers. They were men who loved Jesus, led others to Jesus and preached the Word, all while making their living tending crops or keeping shop. They were bi-vocational, lay pastors. More experienced pastors tended to itinerate, planting and pastoring two to four churches.

Slack reports that multiple social and religious historians have said that the two most common growth factors for Baptists were: 1) the starting of churches in homes or any other space that could be found, thus not requiring a certain type of building in order to be a church; and 2) utilizing lay preachers and pastors, almost all of whom were bi-vocational. In this way, Baptists not only grew, but more importantly, they reduced lostness by establishing evangelistic churches. After all, it’s not merely growth that should motivate us, but seeking and saving the lost.

In Part II of this article we’ll examine some of the lessons about impacting lostness that we need to learn from our Baptist predecessors. But let me leave you with a few questions to prime your thinking on this vital issue of impacting lostness: What are the frontiers of lostness in Oklahoma today? Are lost people in Oklahoma geographically distant from churches, or are they culturally distant? Are there groups in your community that are under-represented in your church? Are there groups that have no representation in your church? What attracts a lost person to your church? Why would they attend?

As you think about these questions, remember that lost people don’t wake up on Sunday morning thinking, “I think I’ll go hear some good preaching today!” or “I feel like singing hymns or choruses today!” Lost people don’t think this way. And research tells us we don’t reach lost people because they somehow develop an appetite for singing and preaching. They will develop such an appetite after they know Jesus, but not before. So, how are you reaching the lost sheep? And one more question: if someone asked the lost sheep of your community if your church loves them, what would they say? 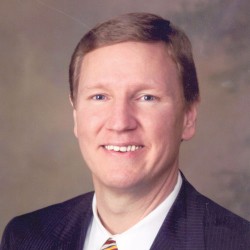