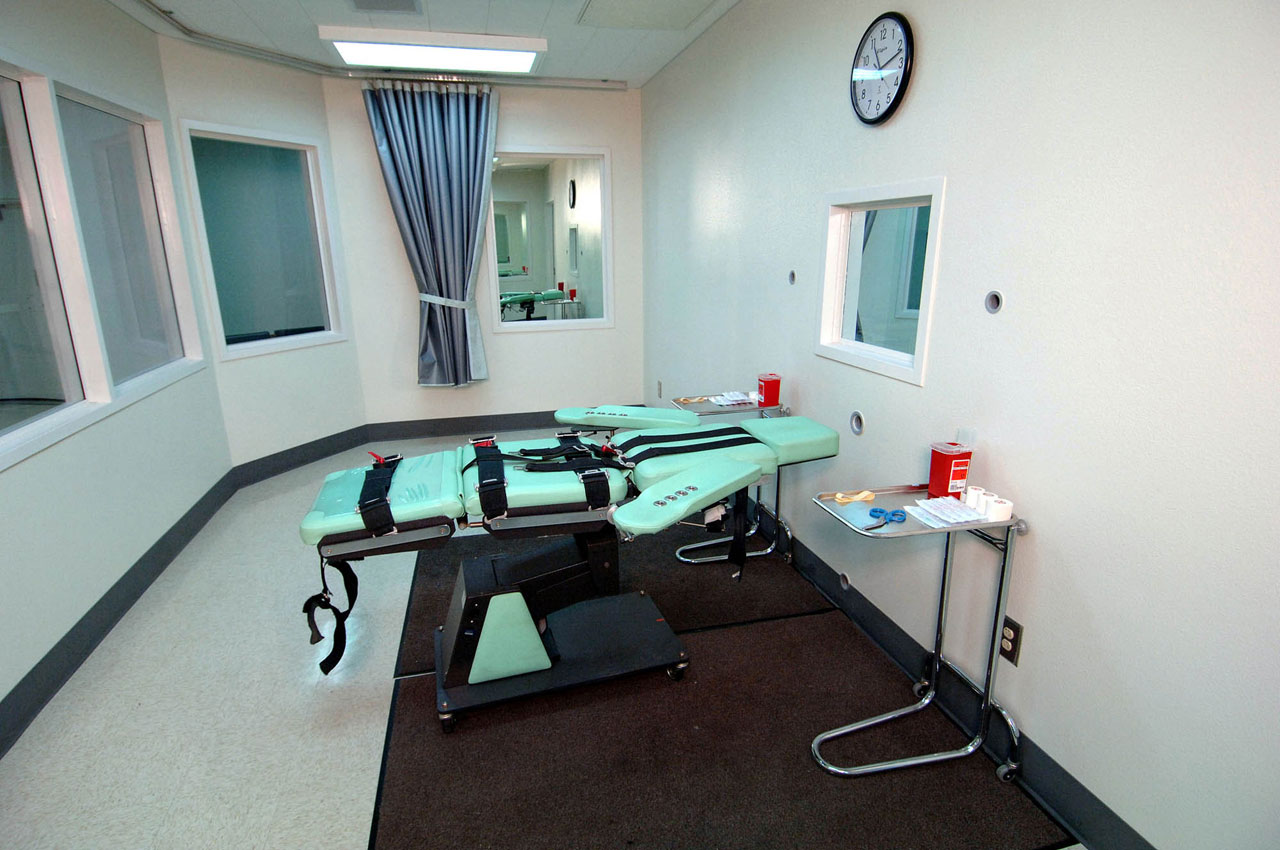 WASHINGTON (BP) — A Supreme Court ruling that Oklahoma’s method of lethal injection does not constitute “cruel and unusual punishment” has rekindled discussion of capital punishment among evangelicals and the high court’s nine justices.

“I do not believe that the death penalty is inherently cruel or unusual punishment if the governing authorities hand it down as the most extreme form of dispensing justice and every effort has been made to ensure the guilt of the individual,” said Shane Hall, pastor of First Southern Baptist Church in Oklahoma City. “The key for the Christian in the midst of this discussion centers upon the power of the Gospel.

“Our desire should not be to see a continual expansion of the use of the death penalty,” Hall told Baptist Press in written comments. “Instead, we should desire that the transformative power of the Gospel of Jesus Christ would take such a hold upon this nation that the necessary use of the death penalty would become less and less. We can support our governing authorities meting out justice for the good of society, while loving our neighbors by proclaiming the Gospel of Jesus Christ, which will transform not only the individual but also society as a whole.”

In a 5-4 decision, the court ruled June 29 that Oklahoma may use the sedative midazolam to render inmates unconscious during the lethal injection process. Oklahoma was unable to obtain barbiturates traditionally employed during executions because pharmaceutical companies have become unwilling to sell them for use in capital punishment, the New York Times reported.

Writing for the majority, Justice Samuel Alito said three death row inmates failed to demonstrate that using midazolam results in a substantial risk of severe pain. Alito also said the inmates, all of whom have been convicted of murder, failed to identify an alternate method of execution that would be preferable.

Yet overshadowing the actual ruling, according to some media accounts, was a debate between the court’s conservative and liberal justices over whether the death penalty is constitutional. In a 46-page dissent, Justice Stephen Breyer said he believes capital punishment likely violates the Eighth Amendment’s ban of “cruel and unusual punishments.” Justice Antonin Scalia responded that the death penalty cannot be unconstitutional because the Constitution mentions it explicitly.

In an opinion joined by Justice Ruth Bader Ginsburg, Breyer wrote, “Today’s administration of the death penalty involves three fundamental constitutional defects: (1) serious unreliability, (2) arbitrariness in application, and (3) unconscionably long delays that undermine the death penalty’s penological purpose. Perhaps as a result, (4) most places within the United States have abandoned its use.”

Changes in capital punishment over the past 40 years, Breyer wrote, “taken together with my own 20 years of experience on this Court … lead me to believe that the death penalty, in and of itself, now likely constitutes a legally prohibited ‘cruel and unusual punishmen[t].'”

Scalia, joined in a concurring opinion by Justice Clarence Thomas, responded, “Not once in the history of the American Republic has this Court ever suggested the death penalty is categorically impermissible. The reason is obvious: It is impossible to hold unconstitutional that which the Constitution explicitly contemplates. The Fifth Amendment provides that ‘[n]o person shall be held to answer for a capital … crime, unless on a presentment or indictment of a Grand Jury,’ and that no person shall be ‘deprived of life … without due process of law.’ Nevertheless, today Justice Breyer takes on the role of the abolitionists in this long-running drama, arguing that the text of the Constitution and two centuries of history must yield to his ’20 years of experience on this Court.'”

Scalia also argued it is “very likely” that the death penalty deters crime and appealed to philosophers who believed “that death is the only just punishment for taking a life.”

“Once again, as so many times this term and in recent years, you have on the court two different ways of reading the Constitution,” Mohler said June 30 on his podcast “The Briefing,” “one reading it as a text and one instead reading [it] as a so-called living document that evolves along with the society. We can count on the fact that in fairly short order, it is likely that the Supreme Court will deal more comprehensively with the question of the death penalty.”

The Eighth Amendment to the U.S. Constitution was ratified in 1791 against a backdrop of torturous capital punishment inflicted in the western world, as when Elizabeth I’s physician was convicted of plotting to kill her, then hanged, cut down alive, mutilated and chopped into four pieces. That episode and other incidents of horrific capital punishment are detailed in Leonard Parry’s “The History of Torture in England.”

While Christians, with some notable exceptions, historically have supported capital punishment, Rick Durst, professor of historical theology at Golden Gate Baptist Theological Seminary, told BP that believers also have “spoken against cruel and unusual incidences” of it “since the publication of the Gospels and crucifixion of the Lord on the cross, and the centuries of malevolent persecution and execution of Christians of both genders and all ages.”

“In the fourth century, Eusebius of Caesarea carefully recorded the infliction of cruel and unusual punishment on Christians throughout the Roman empire under various emperors,” Durst said in written comments. “In 390, the order of the Christian emperor Theodosius I to suppress and revenge a rebellion in Thessaloniki, Greece, resulted in the deaths of as many as 7,000 persons. The Bishop of Milan, Ambrose, refused to serve communion to the emperor because of those executions. Ambrose received the emperor back into communion only after Theodosius promised to introduce legislation requiring a 30-day lag before execution in the case of death sentences.”

Englishman John Fox’s book of martyrs in the 16th century and Dutch Anabaptist Thieleman van Braght’s “The Martyrs Mirror” in the 17th century likewise protested the unjust use of capital punishment, Durst said.

Among Baptists, Roger Williams, founder of First Baptist Church in Providence, R.I., published two works “detailing the cruel punishments of the colonial governments, regularly inflicted against non-conforming Baptists and others in the new colonies,” Durst said.

A 2000 Southern Baptist Convention resolution supported “the fair and equitable use of capital punishment by civil magistrates as a legitimate form of punishment for those guilty of murder or treasonous acts that result in death.”

In Oklahoma, Hall of First Southern Baptist stands in the Christian tradition of supporting capital punishment as long as it is applied justly.

Regarding Oklahoma’s lethal injection procedure, Hall said, “Assuming the new drug now in use is able to bring about the same effect as the drug previously used, it is not ‘cruel and unusual.'”