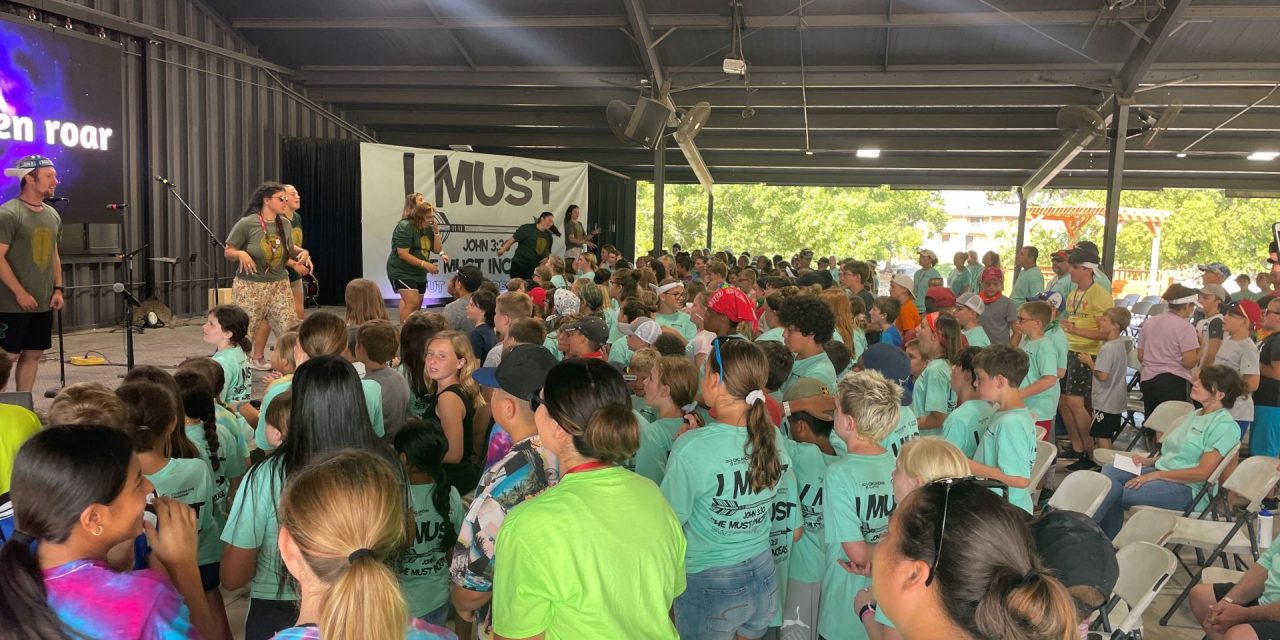 DAVIS & GROVE—CrossTimbers Children’s Mission Adventure Camp completed its summer experience at the Davis campground and at Grand Lake Baptist Assembly. The Davis camp had 11 sessions, while Grand Lake was able to offer three sessions, after meeting at the northeast Oklahoma encampment for the second year. 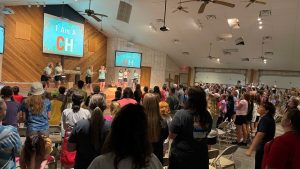 Combined, both campsites hosted 4,412 campers who completed third through sixth grade, and CrossTimbers reported 949 total spiritual decisions made by campers, with 397 making professions of faith in Christ

Charlie Gatton, CrossTimbers program director, was pleased with the results of both CrossTimbers camps, especially since camp was cancelled in 2020 due to the pandemic.

“Overall I think it was a great success,” Gatton said. “Having a year off last year, we were thrilled to be able to have camp this year. Our camp numbers were good in both places, and the staff handled everything well.”

Grand Lake hosted CrossTimbers for the first time in 2019. Since this was the second year, CrossTimbers had success at Grand Lake despite a year off in between the first summer and this year.

“When we look at results of Grand Lake and Davis, they were similar because the process was the same,” Gatton said.  “God provided, and it worked out like it did every other summer. Overall, the decisions were fantastic. God moved, and almost 400 kids got saved. We also are excited that a number of kids rededicated their lives and wanted to be more like Christ.”

Gatton also pointed out, with having a year hiatus, CrossTimbers drew more new campers, as well as more churches experiencing the children’s camp for the first time.

“Half of the kids who came this year have never been to CrossTimbers before, and half of churches have never been before, so that was an unexpected blessing,” Gatton said.

CrossTimbers had its usual activities that campers enjoy, including target sports, swimming and ropes course.

The camp also had its traditional mission emphasis that allowed campers to be educated on mission opportunities in state, nationally and internationally. Gatton said campers made 4,000 “blessing bags” to be distributed in future mission work in Lawton. They learned about the major metropolis of New York City, how its massive population offers a great number of opportunities to share the Gospel.

Peru was the country of focus for the international mission activity. Campers learned about people from Venezuela leaving their home country to go to Peru as refugees.

“We took this as an opportunity of how we as Christians can minister to refugees not only in Peru but refugees anywhere,” Gatton said. “We want to help their immediate and physical needs, so we can talk to them about spiritual needs.” A missions offering was taken at CrossTimbers to help Venezuelan refugees in Peru.

Gatton also was pleased with the result of the block parties that happened at the end of each camp session. These fun experiences allowed campers to practice sharing the Gospel with others.

“The block party is one of things I love,” Gatton said. “We taught them how to share the Gospel throughout each camp session. At the block party, we ask them to practice talking to people they don’t normally talk to. Though this is a simulated opportunity of witnessing to people, the kids might’ve been sharing the Gospel with someone who may not have made Jesus the boss of their life.”

Gatton emphasized how much he appreciated the summer staff at both Davis and Grand Lake. He made it known they are the “secret sauce” that makes CrossTimbers happen every summer.

“What makes CrossTimbers unique is it offers a great environment for church sponsors,” Gatton said. “The summer staff runs everything, so the adults are allowed to hang out with their kids and build relationships with them. This encourages kids, when they are ready to make a spiritual decision, to know there is someone at their church they can go to who will help them make that decision.”

CrossTimbers is great for campers, but it’s also great for churches who are investing in children to make decisions for Christ.