CrossTimbers is on a mission for missions 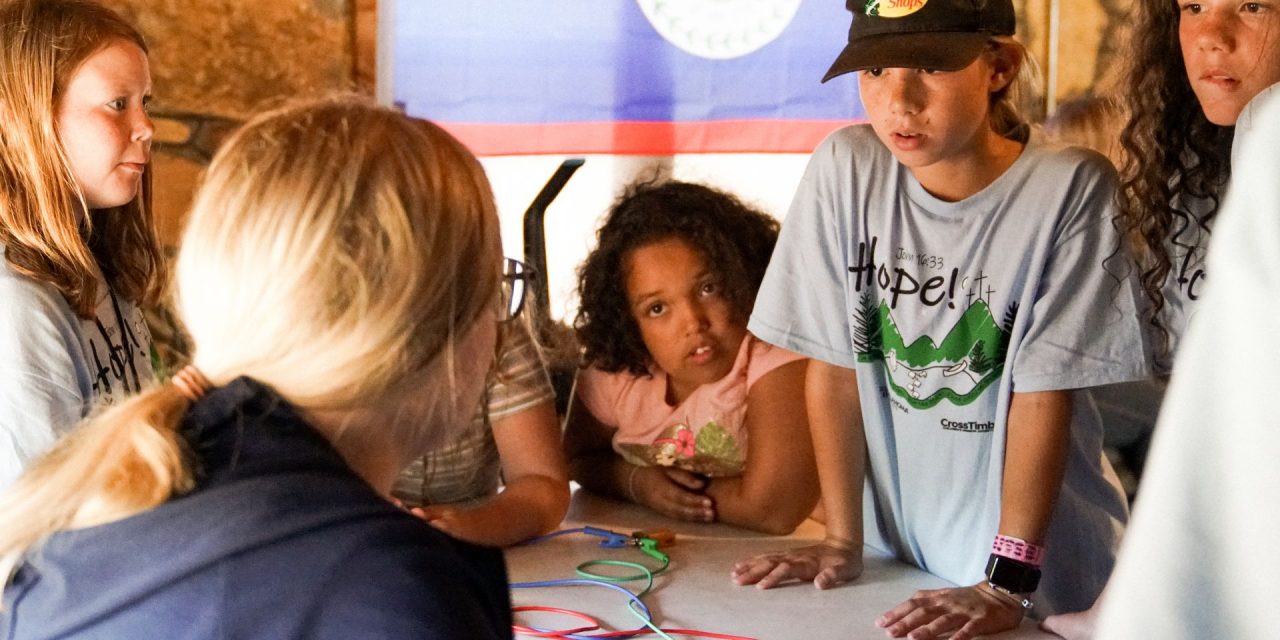 Above: CrossTimbers campers listen intently during a mission stop.

DAVIS—“We are here to accomplish a mission.” This is the crystal clear vision of staff members at CrossTimbers Children’s Mission Adventure Camp.

Each year, third–sixth grade campers from across Oklahoma come to either Davis or Grand Lake and spend four days at either of the two CrossTimbers campgrounds. From all walks of life and for a multitude of reasons, they come, but when they leave CrossTimbers, one thing is certain: they all understand the importance of fulfilling the Great Commission. 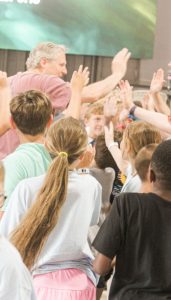 “Campers will always see an emphasis on missions because ‘Missions’ is in the name of the camp,” said Charlie Gatton, CrossTimbers program director. “It’s not just about having a good time—although we do. It’s not really about being adventurous—although we are. It’s about missions. It’s about teaching kids about missionaries and that they are missionaries and that all kinds of people from Oklahoma are serving all around the world as missionaries telling people about Jesus. We want to teach kids how to tell people about Jesus.”

During each camp session there are three mission stops where campers learn about people, culture, food, language and needs. This year, the missions stops focus on Oklahoma, Cambodia and Belize. While the Cambodia and Belize stops help the campers realize the geographical and cultural differences in people groups and the collective need for Jesus, the Oklahoma stop helps the campers realize the similarities.

Dick Herrin has been coming to CrossTimbers for “at least 15 years” as an adult sponsor with Fletcher, First. He came when his own children were young campers, and now he is coming with his grandchildren. He enjoys the mission emphasis of the camp and says that the mission stops “allow kids to see how other people live.” 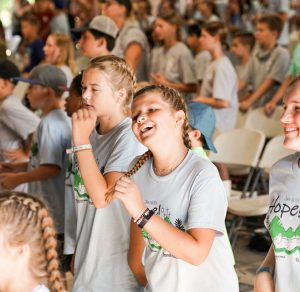 “Many kids don’t get to see how others outside of their own hometown or state live or how our offerings through the Cooperative Program are used to help people in other countries.” Herrin said. “It’s a great learning opportunity.”

CrossTimbers staffers are well prepared and inspiring. Harper Stevens from Oklahoma City, Olivet, helps to lead the Belize missions stop and was once a CrossTimbers camper herself. She recently participated in a GoStudents trip to Belize and returned to share with her firsthand knowledge with young campers.

Dani Corbin from Tishomingo, Calvary felt God call her to mission work while attending Falls Creek. Now a student at Murray State College she helps lead the Cambodia mission stop. “I plan to continue coming to work at CrossTimbers each summer until God leads me in a different direction,” she said. 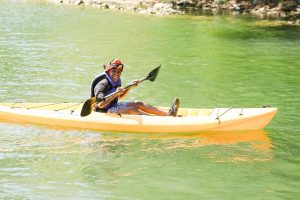 A camper enjoys kayaking on the creek.

Bri Smalygo, staffer from Collinsville, First, works in the Oklahoma missions stop. “A lot of kids really love this mission stop because they think that you have to be an adult or go half way around the world to share the Gospel,” she said. “This opens their eyes to what they can do right here at home.”

The campgrounds are beautiful. The activities are wholesome and fun, and campers don’t have to look too hard to see God’s handiwork in the nature that surrounds them. It’s a refreshing time to unplug from the electronic world and connect with friends and church members.

So, how does one gauge if their mission is successful? 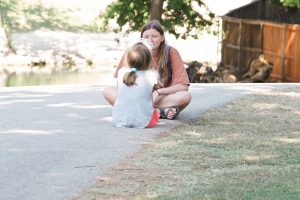 A sponsor speaks with a camper, helping her make a spiritual decision.

One camper, a red-faced boy with a ball cap and sweet smile named Aage Brown from Mustang, First stepped away from playing an outdoor game to say it best. “My favorite part about CrossTimbers is missions (the mission stops) and how nice the staff is,” he said. “I know that God expects me to go home and share Jesus with my friends.”