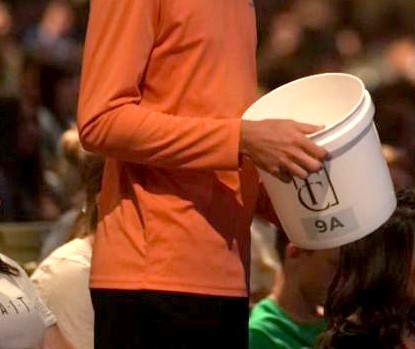 DAVIS—As national conversation about abortion and life in the womb reached a peak, thousands of students in Oklahoma were contributing money toward a special offering that will bless mothers facing an unintended pregnancy and their unborn babies. 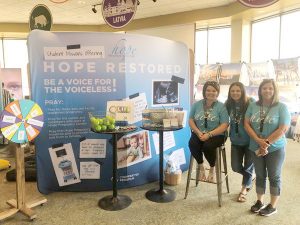 Directors from Hope Pregnancy Centers meet with campers in the Wynn Center for World Missions and have been invited to speak in cabin devotion times at Falls Creek.

Every Thursday night during the Falls Creek summer weeks, campers and guests are presented with an opportunity to give toward an offering.

Each year, the offering goes toward a specific missions or ministry cause, and in 2022, the Falls Creek offering is going toward the purchase of new ultrasound machines for Hope Pregnancy Ministries. The offering also will partially fund Oklahoma Baptists’ GoStudents student missions sending work.

During the offering time, a statistic was announced that “more than 80 percent of mothers who see their baby on ultrasound choose life.” The gifts collected this summer will help place two new ultrasound machines in Hope centers in Oklahoma.

According to Oklahoma Baptists finance office, in the first four weeks of camp alone, more than $50,000 was given by students. 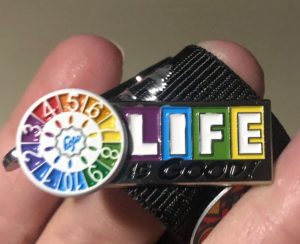 Hope Pregnancy offers a special pin for campers. Pin collecting and trading is a popular activity at Falls Creek.

“The student mission offering at Falls Creek provides a great opportunity for students to practically invest in others’ eternities—to advance the Gospel around the world and at home,” said Todd Sanders, Falls Creek program director. “We are excited to work with Hope Pregnancy Centers this summer and allow students to value and support life.”

“Our Hope Pregnancy Centers need us to stand with them in this unprecedented time in our country’s history as they support those in the midst of crisis pregnancy with the hope of the Gospel!” said Brian Baldwin, youth missions and evangelism ministry partner for Oklahoma Baptists. “Also, this year we are mobilizing the largest group of students in the history of GoStudents with more than 350 participants. This healthy missions offering will help both the Hope Centers and also to keep the costs low for even more students to go next summer. “

“Hope is so excited to be a part of Falls Creek this summer!” said leaders with Hope on their Facebook page. “The invitations for directors to speak in cabin devotion times was overwhelming during the first week. The response has been very positive, and the students have been listening intently and asking many deep questions about purity, abortion and life!

“At the end of a cabin devotional, a young lady surrendered her life to Jesus!” the Facebook announcement continued. “We are amazed and humbled to watch God use this opportunity to share Hope with so many students and churches. Please be in prayer for the directors and staff as they navigate a very hectic summer ahead.”

As legalized abortion comes to an end in Oklahoma and other states, many critics have wondered aloud who will be there to help in the midst of a crisis pregnancy and support women and babies. The resounding answer for Oklahoma Baptists has been Hope Pregnancy Ministries and other Christ-based pregnancy support ministries like them.

Thanks to the generosity of students, the Gospel ministry of Hope will be advanced even further, one ultrasound at a time.