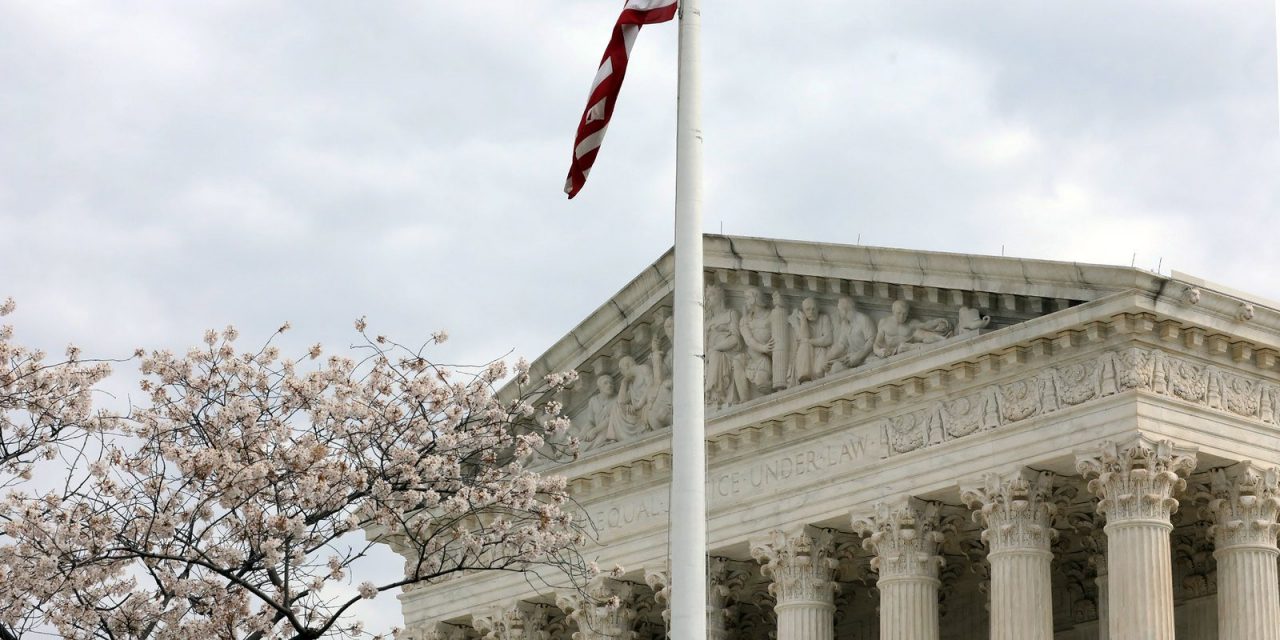 WASHINGTON (BP)—The U.S. Supreme Court delivered deeply consequential victories for the Sanctity of Human Life and religious freedom in its just-completed term, advocates for both causes said in assessing the justices’ work.

The justices issued their final opinions Thursday, June 30, to close a 2021-22 term in which they eliminated near the end two high court standards from five decades ago that were long opposed by pro-life and/or many religious liberty advocates.

On June 24, the Supreme Court overruled the 1973 Roe v. Wade decision that largely controlled its decision-making on the issue and ushered in an abortion regime that produced a death toll estimated at more than 63 million preborn babies. The justices also reinforced during the term their recent pattern of rulings that safeguard both free exercise of religion and equal access to public benefits for faith-based organizations. They crowned a series of such opinions with a June 27 decision in which they all made clear the court’s test regarding government establishment of religion instituted in a 1971 case was dead.

“The opinions the justices released in this Supreme Court term demonstrated a commitment to protecting our foundational, Constitutional rights to free speech and free exercise,” Southern Baptist public policy specialist Chelsea Sobolik told Baptist Press. “Additionally, they handed down a landmark pro-life decision that allows states the ability to take steps that will end abortion—a monumental decision that countless Christians have fervently prayed for.

“As this term wraps up, more Americans will now be able to legally protect the preborn, and we all will be able to continue faithfully living out our individual faith in the public square,” said Sobolik, director of public policy for the Ethics & Religious Liberty Commission (ERLC), in written comments.

The high court should receive “at least a 95 percent,” said Kevin Theriot, senior counsel for Alliance Defending Freedom (ADF), when asked what grade he would give the justices for the term on such issues as abortion and religious liberty.

If “extra credit” is given, the justices deserve it “for taking on issues that are controversial and that courts in the past have been reluctant to take up and  . . .  for fixing long problems that have been around for 50 years,” Theriot told Baptist Press (BP) in a phone interview.

The term’s close brought about an official change of justices on the high court. Ketanji Brown Jackson was sworn in Thursday after the high court issued its final two opinions of the term and Associate Justice Stephen Breyer’s retirement became effective. Jackson, who received Senate confirmation in April, became the first African-American woman to serve on the court.

No decision proved as significant for Southern Baptists and other pro-lifers as the justices’ long-awaited reversal of the Roe decision, which struck down state restrictions on abortion. By a 5-4 majority June 24, the court overturned both Roe and the 1992 Planned Parenthood v. Casey ruling that affirmed it, sending policy decisions on the issue back to the states. About half of the 50 states have enacted or are soon expected to enact abortion bans throughout pregnancy or at some stage of pregnancy.

“Roe was egregiously wrong from the start,” Associate Justice Samuel Alito wrote in the court’s unequivocal rejection of that opinion. “Its reasoning was exceptionally weak, and the decision has had damaging consequences.”

The watershed decision came in Dobbs v. Jackson Women’s Health Organization, a case regarding a Mississippi law that prohibits the abortion of preborn children whose gestational age is more than 15 weeks.

“The bottom line is the Supreme Court rightly held that this so-called right to abortion has no basis in the Constitution’s text or in our nation’s history, and it never has,” said ADF’s Theriot, who called it “awesome now that states can affirm that life’s a human right and make sure that women have greater access to the support and the services that they need.”

The high court pronounced the death of the Lemon test, which was based on a standard offered in the 1971 Lemon v. Kurtzman opinion, in its June 27 ruling that the post-game, midfield prayer of a high school football coach did not violate the First Amendment’s ban on government establishment of religion. According to the now-discarded Lemon test, a law was required to have a secular purpose, not primarily promote or restrict religion and “not foster an excessive entanglement with religion” to avoid a violation of the Establishment Clause.

Instead of the Lemon test, the court has for years emphasized in its Establishment Clause decisions an “analysis focused on original meaning and history,” Gorsuch wrote.

The Lemon test “really was misused in a lot of ways to discriminate against religious people,” Theriot said in commending the court’s rejection of the standard. The justices’ reliance on coercion in now determining Establishment Clause violations “helps minimizes the chance that the Establishment Clause is going to be used as a sword to discriminate against religious people instead of a shield to protect them from the government interference with their religious conviction.”

In the term’s decisions on a Maine school-choice program and especially Kennedy, the justices “really slammed the door” on government use of the Establishment Clause to discriminate against religious individuals, Theriot told BP. The court said, ‘No, these folks have religious convictions, and you can’t use the First Amendment as a justification for censoring or discriminating against them,’” he said.

In the term’s other rulings seen by most religious freedom advocates as victories, the Supreme Court:

— Ruled in a 6-3 opinion the state of Maine offended the First Amendment’s guarantee of the free exercise of religion by prohibiting faith-based schools from participation in a tuition-assistance program. Carson v. Makin, issued June 21, was the latest in a series of decisions in recent years in which the high court has ruled states may not exclude religious individuals and institutions when it makes public benefits available to all. It also clarified the Free Exercise Clause bars such discrimination on the basis of not only religious status but on the basis of the use of such benefits.

— Decided unanimously May 2 the city of Boston violated the First Amendment’s right to free speech by prohibiting the flying of the Christian flag when it permitted other groups to fly their flags on the City Hall plaza. In Shurtleff v. City of Boston, the justices said the policy also constituted discrimination based on “religious viewpoint.”

— Supported in an 8-1 ruling March 24 a condemned Texas inmate’s request to have his Southern Baptist pastor lay hands on and pray aloud for him when he receives a lethal injection. The justices said in Ramirez v. Collier the prisoner “is likely to succeed in showing (the state’s) policy substantially burdens his exercise of religion” by barring his pastor from ministering to him as requested.

The ERLC signed onto friend-of-the-court briefs in support of the parties that prevailed in all the church-state cases, as well as Dobbs. In the brief in the Dobbs case, the Southern Baptist entity urged the justices not only to uphold the Mississippi law but to reverse Roe.

In other abortion-related actions during the term, the high court:

— Ruled in an 8-1 decision March 3 that Kentucky Attorney General Daniel Cameron will be allowed to defend the state’s 2018 ban of dismemberment or D&E abortions on unborn children who are still alive. Cameron had sought permission after another state official declined to continue defending the law.

— Decided in December 2021 the Texas ban on the abortion of a preborn child whose heartbeat can be detected may remain in effect while it is being challenged in court. The justices returned the case to the Fifth Circuit Court of Appeals. The law, which has been in effect for all but two days since Sept. 1 of last year, prohibits abortions as early as five to six weeks into pregnancy.