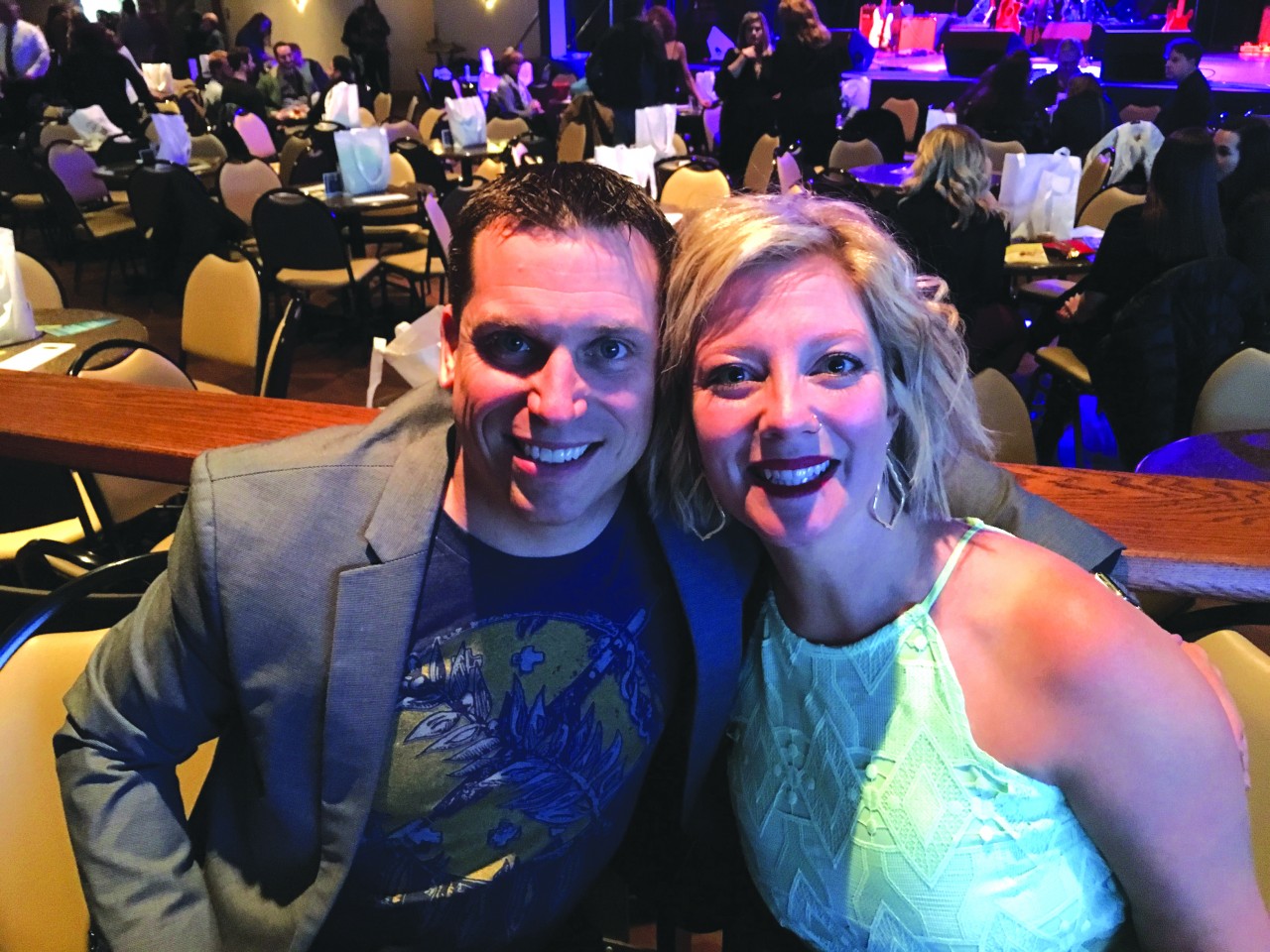 Linque Gillett and Whitney Hollingsworth were wholly committed to foster care and adoption even before they married seven years ago.

Whitney began working for Oklahoma Department of Human Services (DHS) in 2006 and Linque worked for DHS before completing his law degree in 2008.  He now has a private practice, Linque Hilton Gillett Law Office, where he specializes in foster care and adoption representation.

The couple shared this passion and knew they would make it part of their married life, but they were planning to wait before bringing foster children into their blended family. Whitney has a young daughter, Aubrey, and Linque shares custody of his son, Carter. Whitney was pregnant with their first child together, Cross, when God showed them He had more immediate plans for their ministry to kids in need.

A struggling 15-year-old girl Whitney worked with previously was now living in their community and in need of a new foster home. Over the next several months, God orchestrated events to allow Linque and Whitney to give her a temporary home. After six months, the girl moved to another home, but the stage was set for the couple to begin their ministry through adoption and foster care.

For Linque and Whitney foster care is about redemption for families with a goal of reunification.

“Our plan was to foster kids where we could meet the needs of both child and family,” explained Whitney.

“We want to mentor parents as well as take care of the kids,” added Linque.

Their approach to foster care looks a little different from many others. They purposely choose the rebellious teenager and have been an emergency foster home for several older teens with drug issues and gang affiliation.

“Our role is to show them what a family can be,” said Linque.

“God designed this. Our job is to foster, not to be the judge. This helps us keep our personal opinions in check,” added Whitney.

Linque and Whitney invite the families who are working on their reunification plans and are engaged in services into their home for visitations.  Their hope is to show parents that even though parenting can be difficult, it can still be fun. They treat the troubled families with love and respect, and model what healthy relationships should be.

“At the center of it is a love that comes from Christ,” Whitney stated. 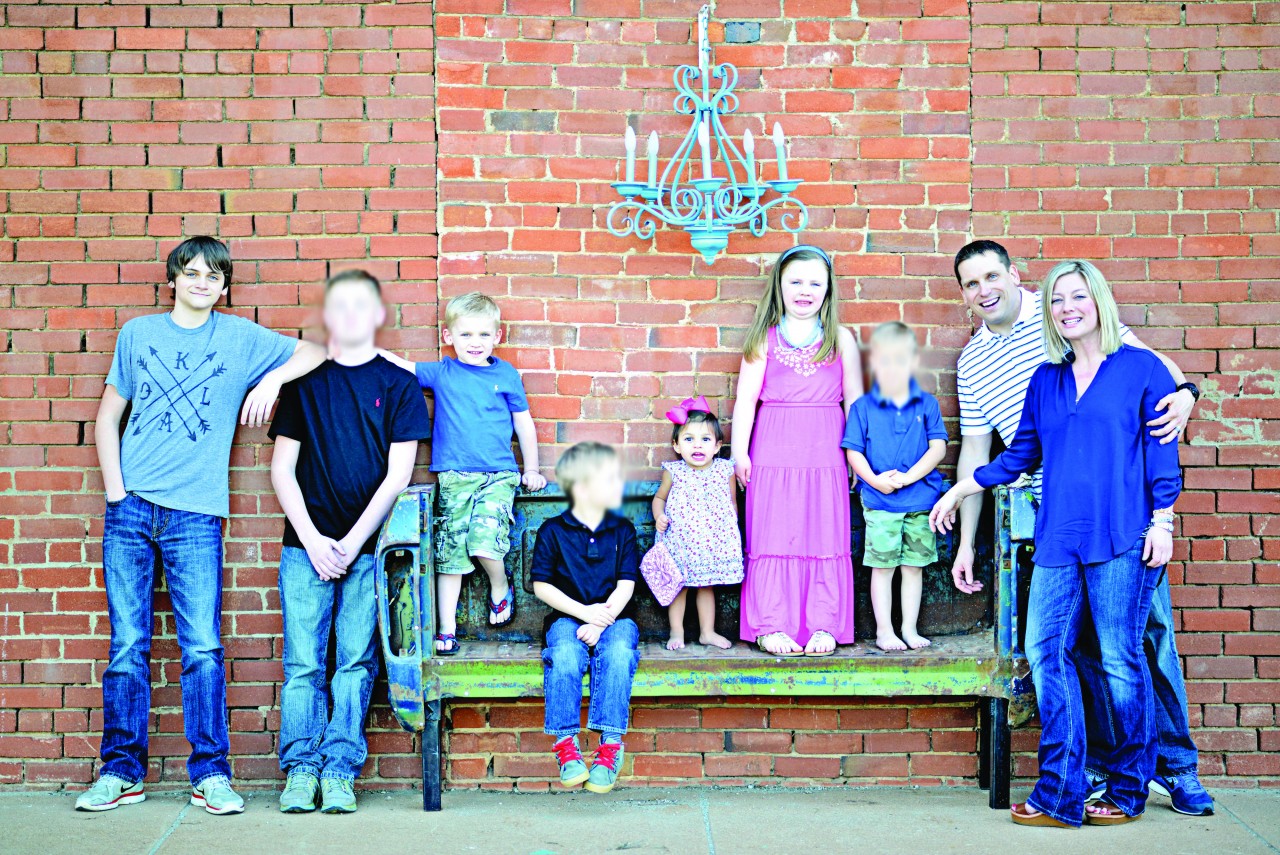 From left, Carter, Luke, Cross, Cavan, Archer, Aubrey, Aric, Linque, Whitney (Select kids’ faces have been blocked for their own safety, and in correlation with Foster Care regulations).

Bringing additional children into a family can impact existing relationships, but Linque and Whitney know that their ministry is for a greater good.

It isn’t just about fostering for the couple. Three years ago, they temporarily took in a 9-month old girl. Archer had multiple medical issues. After 6 months, Archer’s biological mother realized she could not adequately care for her and asked Whitney and Linque to adopt her.

“I teared up after the court hearing where her mother relinquished her rights. I was heartbroken. At two years of age, this child that I love, my daughter, her daughter, a child of God, has suffered a loss my kids will never know,” remembered Whitney.

Linque and Whitney have influenced many lives. Though their calling can be frustrating, messy, and has required a lifestyle change for their whole family, they know helping kids, parents and case workers by meeting the immediate needs of broken families is a ministry path God has planned for them. They will walk this path in obedience and the blessings are as much theirs as they are the lives of those they touch.

View all posts by Kristi Prince