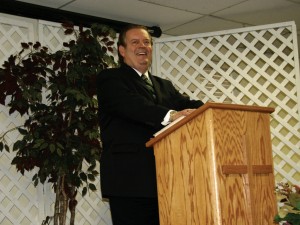 Richard Land told about 300 people gathered at Del City, First Southern that Southern Baptists shouldn’t be endorsing candidates, but looking for candidates who endorse our values, beliefs and convictions.

Speaking at Capital Association’s Third Annual Ethics and Religious Liberty Committee Seminar, Land, president of the SBC’s ERLC, said if there is a candidate who is against abortion and for raising taxes, he’s going to vote for babies and against his pocketbook every time.

“Why?” he asked. “I don’t want to explain to Jesus why my pocketbook is more important than babies.”

Saying we live in a target-rich environment, Land pointed out that no generation has had to face some of the issues we are confronted with today, such as cloning and embryonic stem cell research.

Land said the First Amendment, which was written because at America’s inception, citizens demanded a guarantee of their basic freedoms, puts restrictions on the government, not on citizens. 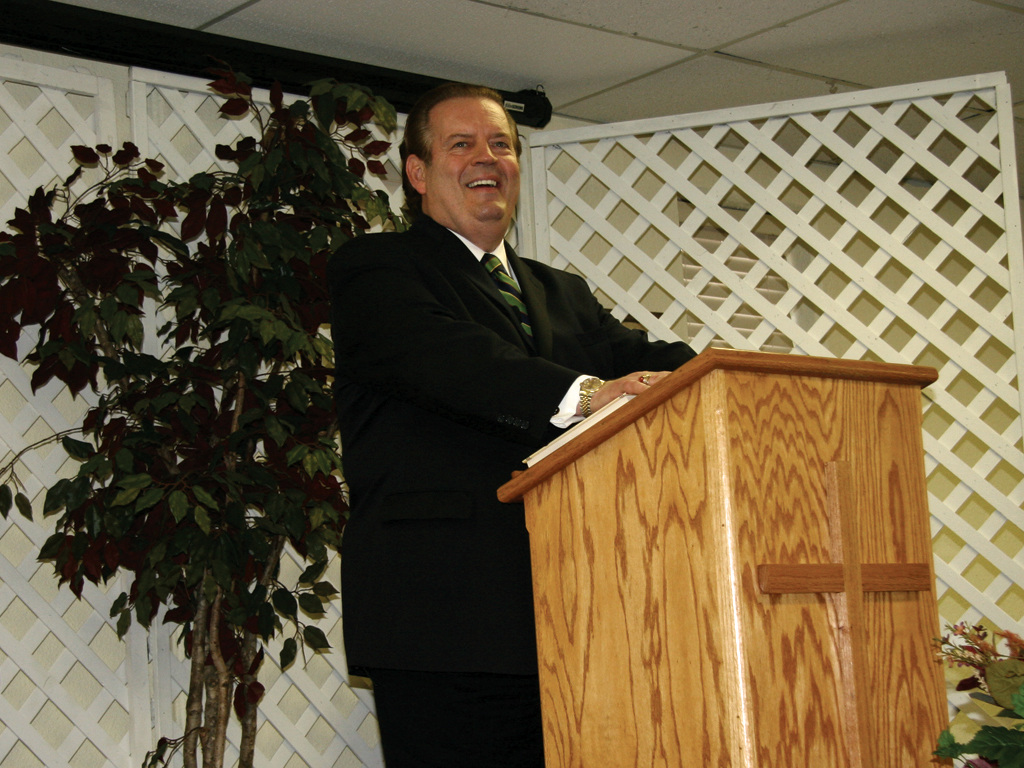 Reading excerpts from his book, The Divided States of America? What Liberals and Conservatives are Missing in the God-and-Country Shouting Match? Land pointed to several quotes from American presidents, including George Washington, John Adams, Franklin Roosevelt, Dwight Eisenhower and Kennedy.

He noted Washington’s reference to God when he declared a holiday for Thanksgiving and Adams’ thoughts that government is designed only for moral and religious people.

“Franklin Roosevelt, in a fireside chat after the Normandy invasion, asked the American people to get down on their knees and hold hands as he led the country in prayer,” Land said. “If that happened today, the ACLU would be on Prozac.”

Eisenhower, Land recalled, on the day of his inauguration, took the oath of office, then turned to the crowd and asked permission to pray.

Most remember JFK’s famous “Ask not what your country can do for you, but ask what you can do for your country.” But in that same inaugural address, Land said, Kennedy also exclaimed “Let us go forth, asking His blessing and His help, knowing here on Earth, God’s work must truly be our own.”

Land added that Harry Truman said he would never hire a man who cheated on his wife, because, he said, “if he lies to his wife, he will lie to me, and if he’ll break his marriage vows, he’ll break the vows of his office.”

“Bringing religious convictions to bear on public policy is as American as apple pie,” Land observed.

Commenting on same sex marriage, Land said no state has ever voted for it, but the Supreme Courts of those states have pushed it down the throats of the people.

“Marriage is not in great shape in this country, and we don’t need to do anything to hurt it,” Land acknowledged.

He noted Southern Baptists would have more success at being salt and light in our culture if “we practice what we preach.”

“Southern Baptists have the same divorce rate as the culture,” he divulged. “Baptists have been quoting the Bible by the yard and living it by the inch. In homes where the husband and wife pray together, the divorce rate is one in 1,500.”

Asked about Obama’s religious background, Land responded: “He says he’s a Christian, and I have to take him at his word. However, he is the most radically pro-choice candidate ever to run for president.”

On whether McCain would be accessible to evangelicals:

“McCain knows if he wins this election, it is because evangelicals put him in the White House, and McCain is very loyal,” Land said.

Land encouraged people to visit ilivevalues.com, a Web site which features a 40/40 prayer vigil, consisting of 40 days of prayer from Sept. 24 to Nov. 2, culminating in 40 hours of around the clock intercession during the last three days of the vigil right before the national election.

The Vigil focuses first on personal spiritual revival, then covers an expanding circle of prayer concerns, from the church to the nation.

“If we want America to have revival, we have to pray,” said Land.