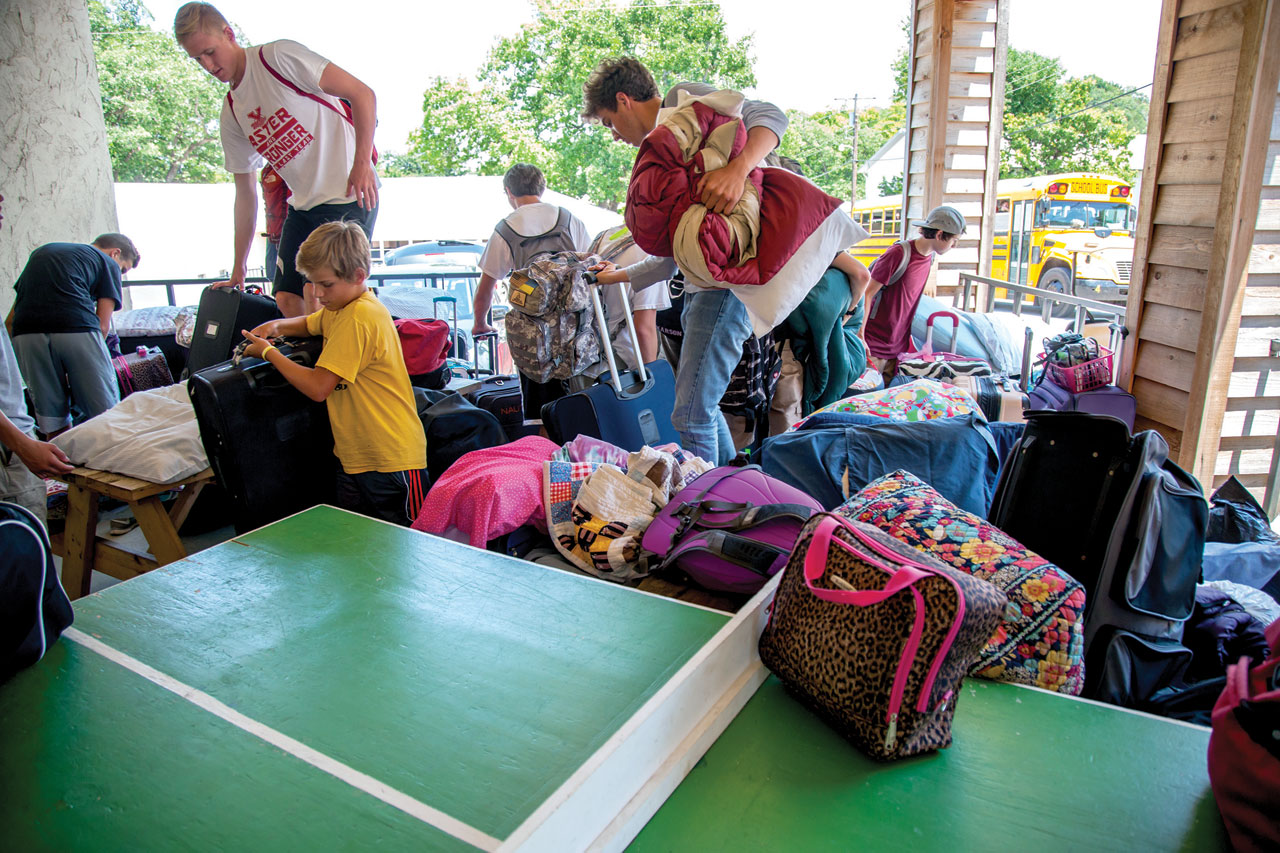 DAVIS—“We are going to finish this summer in great style,” said Anthony Jordan, executive director-treasurer of the Baptist General Convention of Oklahoma (BGCO), when he announced Falls Creek Baptist Conference Center’s summer youth camp and CrossTimbers Children’s Mission Adventure Camp were back on schedule after both encampments were affected by a major flood on June 17. 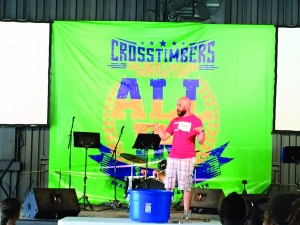 “It was great to see students file into the tabernacle again this week. Falls Creek doesn’t feel right in the summer without the grounds swarming with teenagers,” said Andy Harrison, Falls Creek program director, as reports announced more than 5,000 people were attending the Week 5 (June 29-July 2) experience. “You could tell both students and sponsors were excited to be at Falls Creek and not some alternate location. This place means so much to so many, and it feels good to be fully operational again!”

Jordan said flooding did affect Falls Creek’s new wastewater facility, as well as the conference center’s maintenance facility, but BGCO leadership and consultants were able to make “temporary fixes” that would allow the youth camp to resume. 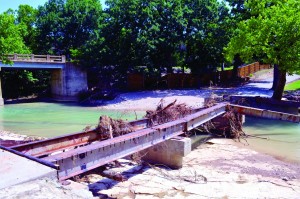 The bridge over Honey Creek at CrossTimbers Children’s Mission Adventure Camp was washed out by rushing waters; fortunately, there are two gates to the camp and access is still available for campers. (Photo: Bob Nigh)8

“It’s amazing to see how in the midst of a difficult time how God protected and provided for what happens at Falls Creek and CrossTimbers,” said James Swain, who is now serving as BGCO Equipping Team leader but also is finishing duties as Conference Centers director. “As devastating as the flood damage was, He protected key aspects of our infrastructure that enables camp to continue. Not enough can be said about the partnership of Wynn Construction and those they mobilized to assist in the restoration effort. I am so proud of the Conference Center and Program staffs at both camps and the heroic effort they put forth to insure camp would resume this summer.”

CrossTimbers welcomed campers to their campgrounds, also on June 29, to begin the camp’s sixth session this summer. Cameron Whaley, pastor of Yukon, Canadian Valley, served as the camp pastor during Session 6, and was pleased the camp for children grades 3-6 was able to meet. 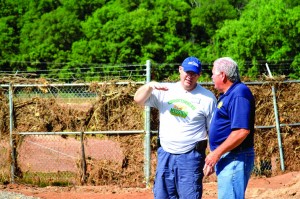 “While the flooding was not part of our plan, God has revealed Himself as continually sovereign and in control,” said Whaley. “The hard work and determination of BGCO and camp staff has shown God’s goodness once again, and now hundreds of students have the opportunity to hear the Gospel and learn about missions. Being at CrossTimbers now, I am blessed with seeing first-hand the damage from the floods and the resilience of Oklahoma Baptists. God is glorified!”

Ryan Bauer, CrossTimbers camp manager, said they received much outside help to get the campgrounds functional after the flood. “Much effort was exerted to get CrossTimbers back in operation. Disaster Relief, Wynn Construction and our summer staff played a key role. Seeing camp resume means that the Gospel will go forth, which is the mission of God,” he said.