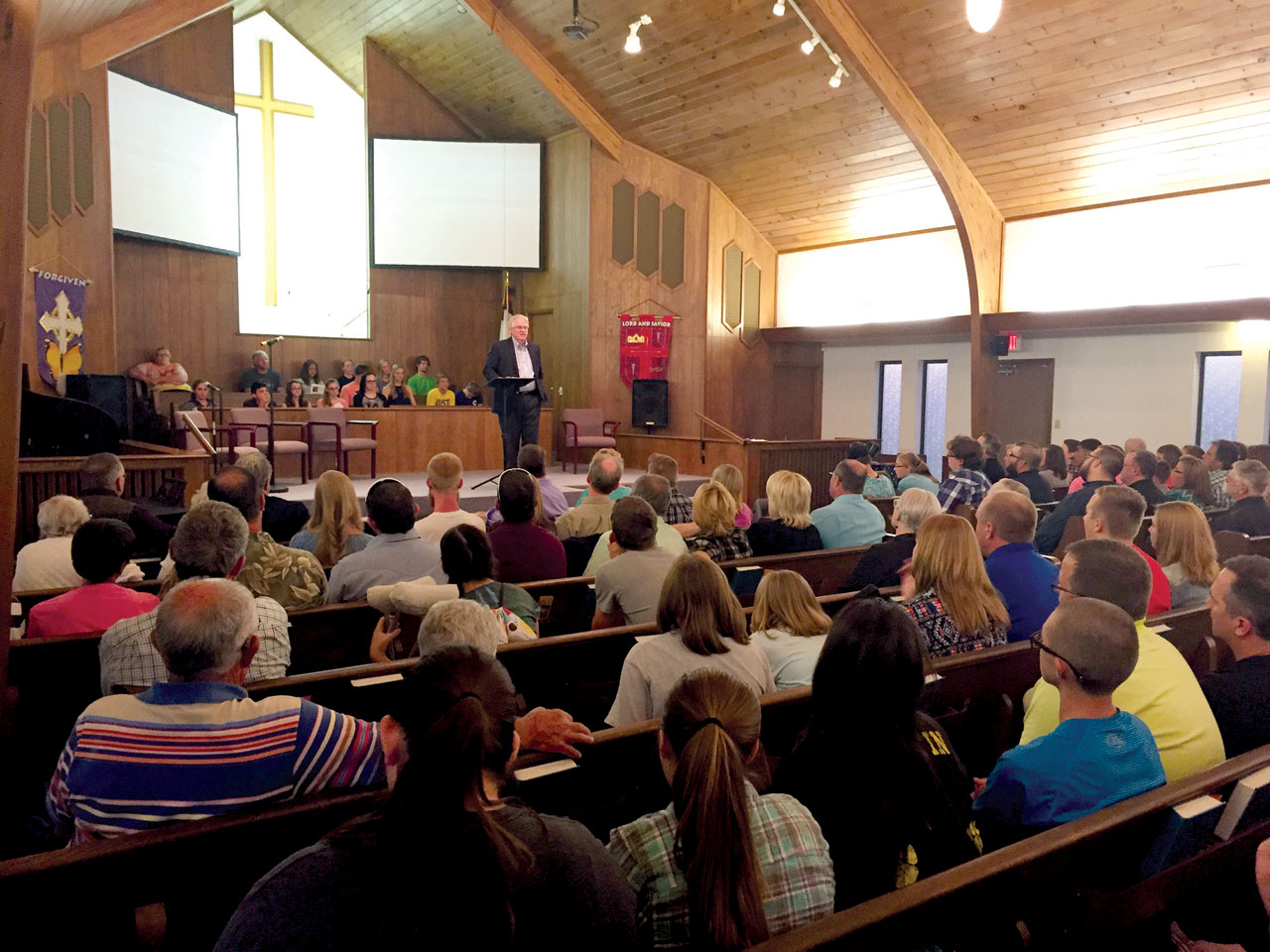 According to Chuck Shilling, director of missions for Caddo Association, the idea for the event came from when he and a group of pastors in the association attended the BGCO’s Gospel & Sexuality conference in March.

“The BGCO conference was powerful, and dealt with issues that are hitting so close to home, such as how to engage on cultural issues like homosexuality, but (to) do so with grace and truth,” said Shilling.

The first portion of the event had two tracks, one for students and one for adults. The student session was led in part by Stephen Black, a former homosexual who became a born-again Christian and now serves as executive director for Oklahoma-based First Stone Ministries.

In the adult track, Brian Hobbs, editor of the Baptist Messenger, led a session on how to engage in confident conversations on issues of sexuality. The segment also consisted of a panel discussion about engaging people in sexual brokenness with the Gospel and featured Jernigan, Jordan and Black.

During the general session in the evening, Jernigan led in worship, and shared his testimony of how God led him out of same-sex attraction to Christ. Jernigan, who has composed popular worship songs including “You Are My All and All” and “Thank You, Lord,” shared a message of freedom, hope and healing found in Christ. He and his wife of 31 years, Melinda, have nine children.

Black, who has spoken at several BGCO events including Men’s Rewired, preached from the Psalms and shared a testimony, as well as information about the First Stone Ministries.

Jordan concluded the conference with a sermon on 1 Cor. 6, showing how the Gospel conquers all sins, whether adultery, homosexual acts or idolatry.

“The church has been here before,” said Jordan. “In dark times, the light of the Gospel shines brightest. I have hope we will see many come to Christ and be transformed in these challenging days.”

Glenn Alley, pastor of Anadarko, Bethel, which hosted the event said, “The conference reminded me that there is Hope because all things are possible with Jesus.”

An event attendee said, “Through each of the (event) speakers, I realized that there is Hope (in all circumstances) because all things are possible with Jesus.”