Katrina at 10: A faithful pastor 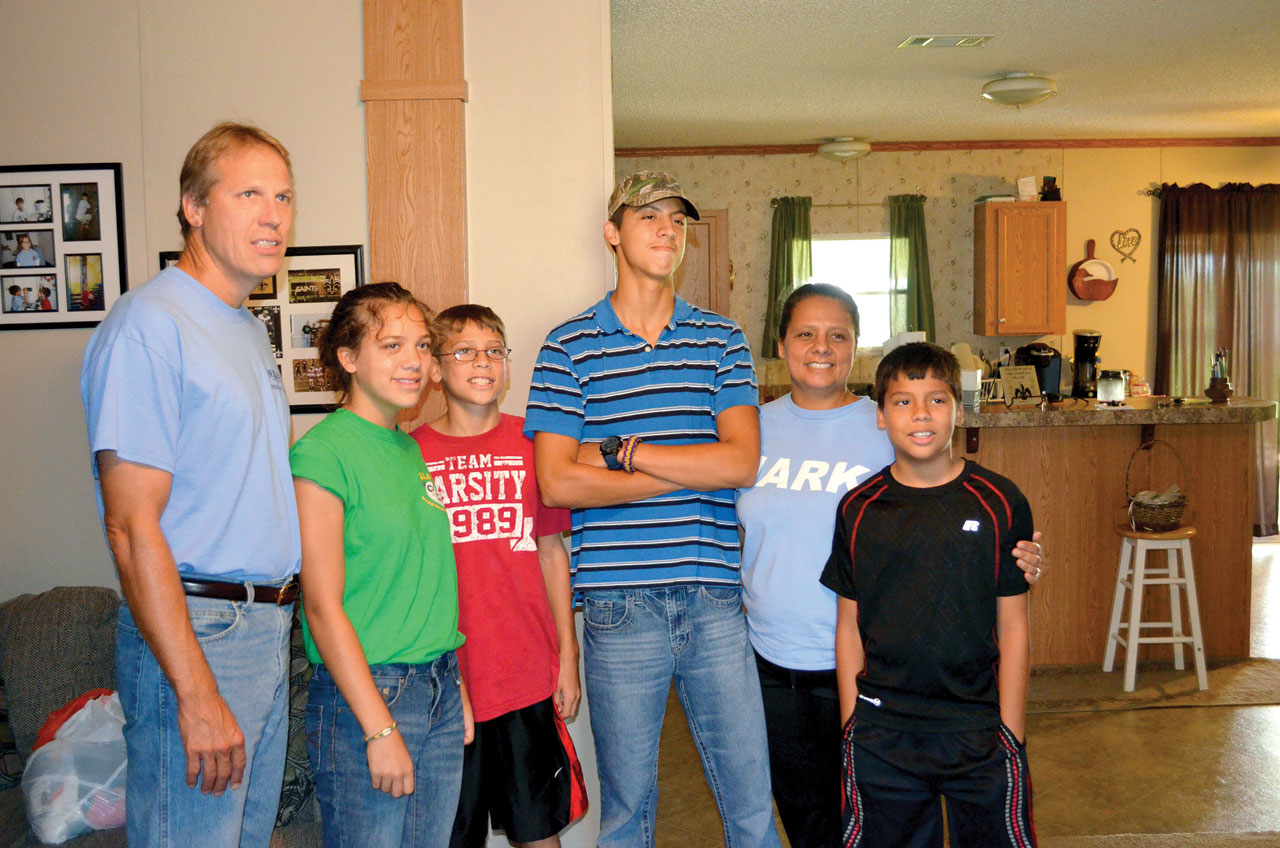 EDITOR’S NOTE: Aug. 29 marked the 10th Anniversary of the landfall of Hurricane Katrina along the U.S. Gulf Coast. In this issue, the Baptist Messenger presents the final part of a three-part series: “Katrina at 10,” featuring reflections by three New Orleans area leaders assisted by Oklahoma disaster relief volunteers after the storm.

PORT SULPHUR, La.—This “census-designated place” on the West Bank of the Mississippi River in Plaquemines Parish is about 50 miles southeast of New Orleans on Louisiana Highway 23, and just about the same distance from where the river completes its 2,320-mile journey from its source in Itasca State Park in Clearwater County, Minn. to its mouth in the Gulf of Mexico at Pilottown, La.

Rodrigue, his wife, Nicole and their children, Micah, Hannah, Jared and Nathan, left and returned to find their home and church destroyed. In fact, all six of the churches  in the local association were gone.

“We had pieces of the roof left, but all of the sides of the building were gone. Just the iron frame was left, and it was twisted, so I think we had a tornado also come through,” Rodrigue said Aug. 24. “We had more than 25 feet of water right here. About 90 percent of the homes were destroyed.”

“We didn’t salvage anything, really. We had to cut down all of the trees we had, because it pretty much killed all of them,” he recalled. “We lost an $18,000 grand piano. I only found pieces of it; that thing was heavy! Where did it go?

“We had those old, oak pews, and could only find one of them. It was hung up 20 feet high in the top of a tree in front of the bank. We were able to salvage it.”

They did have the slab the church’s Fellowship Hall had stood on, and that piece of concrete became a focal point of ministry for the church, thanks to help from Oklahoma Baptist disaster relief volunteers, Rodrigue said.

“Chaplain Joe Williams called me and asked if we had a water truck. Well, we didn’t of course,” Porter said. “Joe said they had a city (Port Sulphur) whose officials said the water is pure and good to use, but it is green, and the people were reluctant to use it and drink it. I told him we had a water purification unit and offered to send it down. He said, OK.

“So, I contacted Rusty Gilbert, our water purification expert, and he and a team got it set up at the Port Sulphur church site. They brought 500 one-gallon milk jugs, and we began filling those plastic jugs full of pure water. We gave that water away for more than two months, sending teams down for two weeks at a time.

“We ran that green, supposed-to-be-good, city water through our purifier and it came out crystal clear. They tested it twice a day to make sure it was always pure. We ran it out into new, plastic children’s swimming pools to store it. It was just a huge ministry for Lynn’s church. People re-used the jugs and brought other containers, too.

“We stayed until the need slowed down. That was the first time we ever exclusively purified water for a community for an extended amount of time after a major disaster.”

Rodrigue is the only pastor in the association who has stuck it out through the entire 10 years since Katrina hit. The Venice, La. church re-opened about four years ago and has a pastor, he said, but the other churches haven’t.

Port Sulphur also had a school—Solid Rock Academy—which was thriving with 100 students, pre-Katrina.

“We were able to start back about two years later with 16 students, and in fact, we got back up to 60 and then (Hurricane) Isaac crushed us,” Rodrigue said.

“We had water eight feet deep for a 20-mile stretch around here,” Rodrigue said. “We had started to rally, then Isaac hit and that put a halt to everything. When we came back, we lost 30 students right off the bat, and then we started dropping more and more. So Isaac was a dagger for us.”

Rodrigue has a heart full of gratitude for Oklahoma’s help after Katrina.

“The team who rebuilt our church was Oklahoma Baptist men,” he exclaimed. “Thirteen men and their wives, and they framed our 7,200-square-foot church in three-and-a-half days. The average age was something like 65, and it took them about another week to 10 days to sheetrock the entire building. It was just incredible!

“It is just marvelous the way the Lord works. I didn’t know what to do. Where do you start? All of my membership was gone. Everybody was everywhere. I’m like, what am I doing here? I just felt like I couldn’t leave. My mind was fried.

“Then, I got phone calls all of sudden offering help. From Oklahoma, and then, Virginia, which also was a huge help to us. There was help from so many state conventions.”

After losing 70 percent of its members after Katrina, Port Sulphur, First is growing again. The church averages 50 in attendance, and just used a new baptistry to baptize eight new believers, with two more in waiting.