BLOG: There’s still a snake in your house 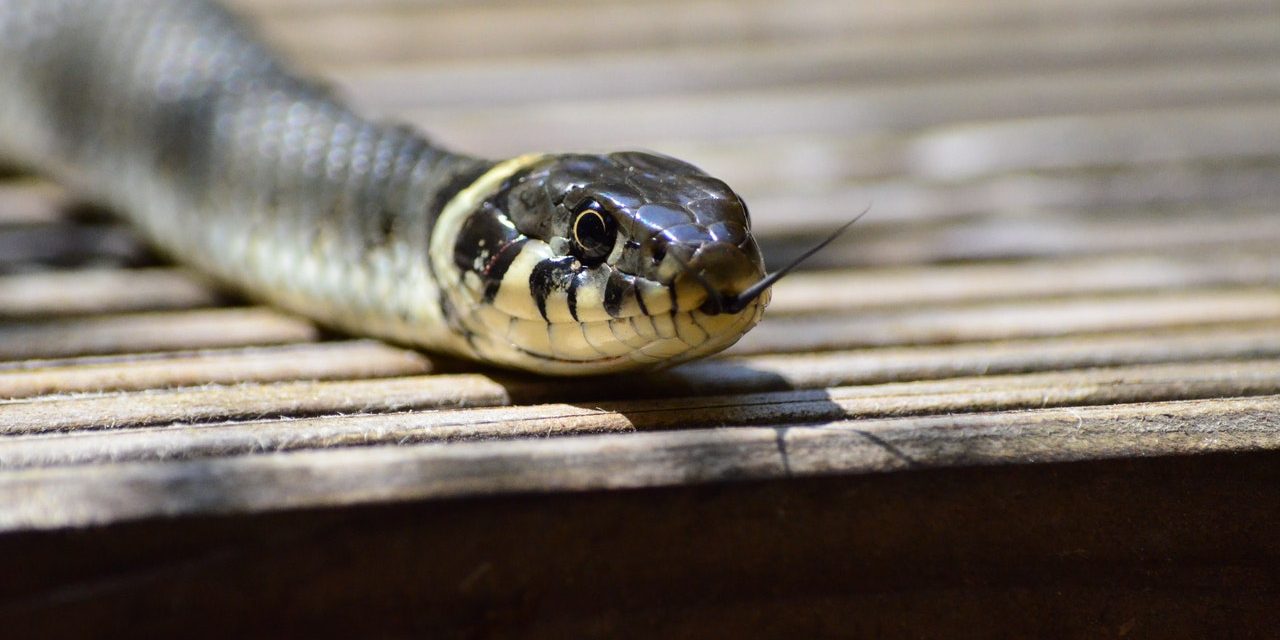 Actually, that’s an understatement. There aren’t enough CAPS LOCK keys in the world to express in writing how much my wife, a true daughter of Eve, detests those slithering dirt-lickers.

A few days ago, my wife found a snake (a tiny baby, but still a snake) in our house. Immediately I was called to attention and ran to the garage to get a weapon. As I was standing above the snake with shovel in hand, our two young kids ran into the room to see the sight. Our kids are still at the age where they think animals sing songs and fall in love, so the idea that I would murder a ‘defenseless’ creature in our own home was anathema.

My wife wanted a corpse. My kids wanted a pet.

Adam and Eve often get a bad rap, and rightfully so, for listening to Satan in the garden of Eden. Rather than embrace their God-given roles and design, our forbearers chose to listen to the voice that told them God’s authority was oppressive. They entertained the suggestion that God was smothering with His expectations, directives and prohibition.

Satan was at war against God. Interestingly, rather than fight in a shadowed corner of the garden, Satan shrewdly chose his battlefield’s front line as the well-manicured home of God’s created children.

We like to think of the Genesis 3 narrative as one that exists solely in the past. We often consider the story of Adam, Eve and the snake as one that belongs in the opening pages of children’s books—mere characters nestled among illustrations of carefully placed foliage.

That’s exactly where Satan would like this story to be kept.

Sadly, the question of whether or not God’s design is trustworthy didn’t stop being asked in the garden. The slithering words of God’s accuser, “Did God really say?…” and “Surely you won’t…” still echo from Eden’s hills into the mountains and valleys that mark our own pilgrim journeys.

Let me ask, do you hear these questions in your own home? Do you see the same alluring sights of God’s design dangled in front of you asking to be used not in God’s ways, but our own? Do you see God’s design for the family structure undermined, redefined or even questioned altogether?

If so, there’s still a snake in your house.

But what are we to do about it? Like myself standing over the snake in our laundry room with shovel in hand, it is easy to feel tangled amidst the voices directing us what to do. Some voices demand stern execution while others cry out for tolerance and mercy.

What should we do when we find a snake in our house?

The difficult truth is that, in a fallen world, there are proverbial snakes everywhere. Snakes are going to come through our doors. If we bar the doors, they’ll come in through the windows. If we brick over the windows, they’ll be waiting for us outside and probably hiding in a few dark corners of our house that often go neglected.

Part of the difficulty of being a disciple of Jesus is not just learning to avoid snakes (James 4:7), but learning how to live in a world so full of snakes that they’re coming through the TV, waiting at the grocery store and everywhere in-between (John 17:15). Closing our eyes doesn’t remove the snakes; it just makes us sorely unprepared for their attacks. Playing with snakes doesn’t make them less dangerous by way of familiarity; it only softens our guard and weakens our defenses against them.

So where do we start with the snakes in our house?

We do what Adam should have done. We look. We identify. We protect.

Are you actively looking for what messages or ideas may be around you and your family? Are you listening for anything that questions God’s authority, goodness or design? Are your spiritual ears tuned to anything that would seek to replace God as supreme for your satisfaction and security?

If so, what do you do when your radar locks onto a snake? Do you turn the radar off, burn down the house, and wrap your kiddos in more bubble wrap? Or do you identify the snake for what it is? Do your kids know what sin is? Do they know God’s design for the family, for sex, for the church, for relationships? Are God’s directions displayed on your walls, in your conversations, and openly discussed along your paths (Deut. 6:6-10)? Do your kids know a snake when they see one and how to respond when they do?

Lastly, do you have a plan to protect? If a snake is identified in your house, do you know in advance what to do with it? Is everyone in your house on the same page with the plan? Do you have clearly marked boundaries of protection for yourself and those you love?

We didn’t go looking for a snake in our house, and we certainly didn’t open our door inviting one in. When one was seen, competing voices identified it as friend or foe. Honestly, since I threw the thing over the fence, we haven’t talked about snakes again in our house. We aren’t very well protected for the next time one appears. I need to make some changes in our home.

Imagine if Adam and Eve were actively looking for snakes, identifying them for what they are, and protecting themselves from them in their own home. What would have been different? Imagine you were doing the same in your home. What might be different?

Brothers and sisters, may we always be looking for sin, identifying it as sin, and protecting ourselves from sin in our own homes and circles of influence for the glory of God and our good.