BLOG: The dangerous inequality of the Equality Act 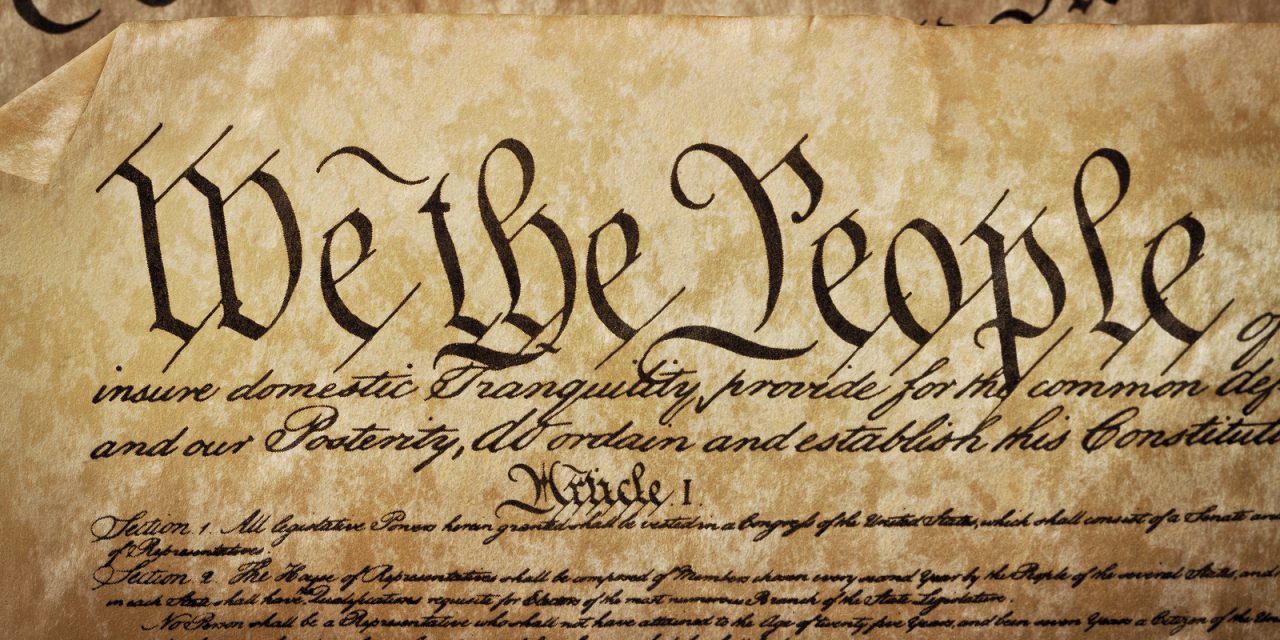 “Visible before our eyes is the…end of authentic religious liberty in America.”

This foreboding line echoes from a recent article by Albert Mohler, president of the Southern Seminary. The focus of the article, and the object of Mohler’s warning, is a piece of legislation known innocently as the Equality Act.

How could the idea of equality bring about the end of religious liberty? Is this hyperbole, fear-mongering or simply Christians getting bent out of shape about losing another bridge to a bygone era of control?

The Equality Act was first passed by the House of Representatives in 2019 and again this past February. Currently the bill sits in the Senate amongst much optimism regarding its passage while awaiting debate.

Title VII of the 1964 Civil Rights Act prevents any employer from discriminating based on “race, color, religion, sex, or national origin.” The Equality Act is focused on Title VII’s use of the word “sex” to denote a protected group. Instead of the historical reading of “sex” referring to a biological man or woman, under the new legislation, the word would be redefined to cover sexual orientation and gender identity in relation to federal programs, housing, employment, education and jury service. Proponents of the bill argue that the Equality Act is a necessary victory for furthering anti-discrimination against LGBTQ+ people.

On the surface, the talking points of the Equality Act seem relatively harmless—even charitable. After all, should people be denied the governmental right to serve on a jury or access public education because of how they identify their body or sexual attractions? To many, it does seem within the bounds of Constitutional purview to ensure that all Americans have access to the rights and institutions that America’s government can establish and provide.

Below the surface, however, rather than championing true equality, the Equality Act constructs new layers of inequality and discrimination, establishes harmful practices and creates a dangerous legal precedent from which America’s Constitutional ideals may not recover.

In 1972, the Education Amendments were passed which contained Title IX, a federal civil rights law protecting women from discrimination in any school or educational program that receives federal money. Historically, Title IX has been responsible for burgeoning women’s sports and providing academic opportunities for countless women through scholarships and protective legal structures.

Under the Equality Act, however, women seeking to utilize Title IX’s protections and provisions will find themselves outside of the legislation’s securities. Consider Selina Soule, a Connecticut high school student who excels in track and field competition. Selina hoped her talents would be recognized by collegiate scouts and perhaps afford her scholarship opportunities to further her education. Unfortunately, Selina’s hopes were stifled because two biological males who identify and compete as women easily took first and second place at the State Championships. “We all know the outcome of the race before it even starts,” Selina states, “It’s demoralizing.”

Under the Equality Act, universities seeking to further their athletic programs will not only fear the ramifications of not providing transgender athletes with scholarships, but will find it beneficial to their trophy rooms to do so. According to a study from Duke Law, when comparing the best athletic performances of biological boys (under age 18) to that of the world’s best female athletes of any age in their prime, by mere benefit of their biological makeup, these young boys dramatically outperform female athletes in every single one of the analyzed sporting events.

One does not need to wander far to imagine the ramifications of the Equality Act for women’s activities from little league soccer to Olympic track and field. The Equality Act creates a protected stratum of dominance for transgender athletes that oppresses biological females.

Under the Equality Act, perspectives such as Levine’s would be codified as national law. Hospitals, medical professionals, and insurance companies would be required to provide transition-related procedures regardless of medical evidence and scientific data reporting that such procedures are detrimental to many who undergo them.

Michelle Cretella, board certified pediatrician, and vice president of the American College of Pediatricians observes,

“Our bodies declare our sex. Biological sex is not assigned. Sex is determined at conception by our DNA, stamped into every cell of our bodies. Human sexuality is binary. Either you have a normal Y chromosome, and develop into a male, or you don’t, and you will develop into a female. There are at least 6,500 genetic differences between men and women. Hormones and surgery cannot, and do not, change this.”

Cretella and the growing number of medical professionals coming out against medical transition procedures note that puberty blockers are not tested on biologically normal children. When blockers are used to treat prostate cancer in men and gynecological problems in women, they often cause problems with memory. Puberty blockers chemically castrate gender-confused children. Cross-sex hormones permanently sterilize a person. Youth who begin this process are at increased risk for heart disease, strokes, diabetes, cancers, and even the very emotional problems experts claim to be preventing.

“Fifty-six studies on cross-sex hormones and sex reassignment surgery have failed to provide convincing evidence that these interventions improve the psychological well-being of individuals with gender dysphoria. Sixteen studies of puberty blockade and cross-sex hormones in adolescents have also failed to show evidence of psychological improvement. In medicine, when it becomes clear that an intervention does not help (let alone harm) those it’s intended to help, it is abandoned, and different treatments are sought. I believe we are at that point.”

According to the Williams Institute at the UCLA School of Law, people who identify as transgender are ten times more likely to commit suicide than the average person. After undergoing transition surgery, this number rises to nineteen times. A Swedish study of the long-term effect of sex reassignment surgery concludes that surgically altered transgender individuals actually experience an increase in mental difficulties and suicidal thoughts ten years later.

Medical science is showing us that the licensing of transgender interventions is counter-productive. In a 2017 Supreme Court briefing, Dr. Paul R. McHugh, a psychiatrist, researcher, and University Distinguished Service Professor of Psychiatry at the Johns Hopkins University School of Medicine, noted that roughly 90 percent of all children or youth who identify as transgender will ultimately end up identifying with their birth sex if natural biological processes are allowed to continue through puberty.

Under the Equality Act, if any medical professional or institution cited such studies as a reason for hesitation in providing such a therapy for one of their patients, they would be faced with losing their medical license.

Not only is the Equality Act discriminatory against biological females and damaging to the field of medicine, it is a deadly blow against the American ideal of religious liberty.

Within the parameters of the Equality Act, the protections of the 1993 bi-partisan-adopted Religious Freedom Restoration Act (RFRA) would be dissolved. The RFRA (interestingly originally introduced by Senator Chuck Schumer) establishes that “Government shall not substantially burden a person’s exercise of religion even if the burden results from a rule of general applicability.” In large part, the RFRA passed on both sides of the aisle because of its commitment to the Constitutional ideal that “Congress shall make no law respecting an establishment of religion or prohibiting the free exercise thereof.”

However, as Mohler notes in his recent article, under the Equality Act, “Coercion will be brought against religious schools, ministries, non-profits and all religious institutions.” Despite the fact that Christianity, Islam, Judaism, Catholicism, Mormonism and many other prominent religions in America do not agree with transgender ideology, the right to act in accordance with such convictions would not only be stripped away under the Equality Act, but punished as a federal crime.

By codifying protections for LGBTQ individuals under the Equality Act, the government would be writing a blank check for a highly volatile and ever-evolving list of sexual deviances. Whereas only a few years ago, the gay and lesbian community expanded to include T (transgender) and Q (queer) in its shortened LGBTQ moniker, the more accepted modern version includes a “+” to acknowledge the growing and amorphous views surrounding gender and sexual identity. It would be conceivably illogical for the Equality Act to pass in its current form while still outlawing polygamy, pedophilia, incest, and a host of other sexual deviations that are slowly becoming more mainstream in our society.

Under the Equality Act, federal legal protections are provided for any sexual appetite or personal identification. As self-described sexologist and neuroscientist Deborah Soh observes, the LGBTQ+ community is extended to include such classifications as Moongender—meaning one’s gender only comes out at night—and Arborgender which means a person identifies as a tree.

As Soh, observes, “There is a big difference between being accepting of gender non-conformity…and enshrining into law the acceptance of labels and identities that have no evidence for their existence and are purely subjective. Those who exist along the gender spectrum report their gender changing frequently and unpredictably, without any warning or explanation, and more important, usually without their understanding…It is concerning, however, when that experimentation is written into law and begins informing medical practice.”

Like Soh, who is not a Christian, many in the medical field are expressing growing discomfort with affirmation of LGBTQ+ identification and codification under American law. Employers and religious organizations are also expressing broad concern that the Equality Act’s vast overreach represents an unconstitutional precedent that does not so much establish equality as create new layers of inequality and forcefully punish any voice that would rise in question.

From the Christian worldview, we know that the Bible speaks to the value and dignity of all people created in the image of God. As followers of Christ, we believe equality is a good thing. However, we also know that we live in a broken world where our brokenness is manifested in a myriad of ways. The path to true equality is not through affirming each other’s sinful deviations, but through loving one another enough to admit that sometimes we are wrong and decisions have consequences.

Ultimately, the only way to truly be free is to find freedom from sin by receiving restoration that only Jesus Christ provides through His atoning sacrifice on the cross. Only at the foot of the cross do we find true equality. As the apostle Paul reminded the church at Galatia, “For as many of you as were baptized into Christ have put on Christ. There is neither Jew nor Greek, there is neither slave nor free, there is neither male nor female; for you are all one in Christ Jesus” (Gal. 3:27-28).

The Equality Act is a step in the direction of oppression and discrimination under the guise of affirmation and acceptance. Let us stand as champions of true equality in Christ and protect one another from the raging winds of our cultural storm.