Mullican makes much of missions during pandemic 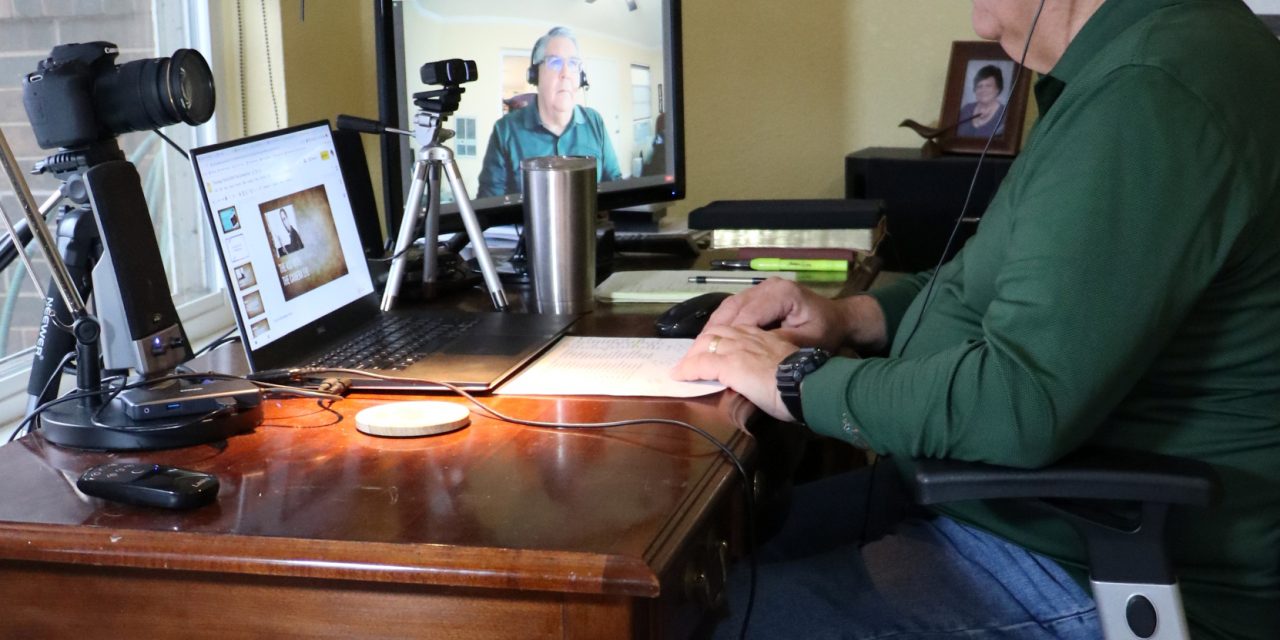 Walter Mullican maintains a positive outlook. The pastor of Oklahoma City, Portland Avenue has not let the international travel ban deter him from finding ways to share the Gospel through the COVID-19 pandemic. 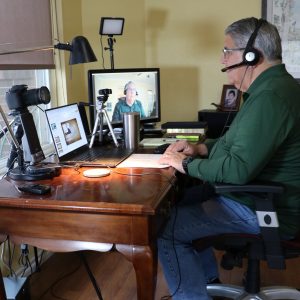 Walter Mullican prepares to teach English through Zoom to his Ukrainian students.

Since 2007, Mullican has served with an evangelism group to teach English in Ukraine. He said he has made 12 visits to the Eastern European country. For the past couple of years, he has travelled with the Texas Country Boys, a Christian group that developed specifically to perform in Ukraine.

“Ukrainians love country music,” Mullican said. “They show up in concerts in cowboy hats and boots.”

Along with teaching English, Mullican goes with the music group to coordinate evangelistic follow-up at the concerts.

“After singing country songs, the Texas Country Boys sing songs more focused on the Gospel,” Mullican explained. “Then (evangelist) Michael Gott will give a message. As they exit the concert (those who attend) are going to receive a little survey. They fill it out, and we interpret if they made a decision for Christ. They get a Bible as well as a digital link to the music. This is a connection point. Because we have this follow-up information, we can leave that with the local churches. The (Ukrainian churches) use the follow-up information to connect with people who attend the concerts.”

Since the 2020 trip to Ukraine was cancelled, Mullican still found a way to stay in touch with Ukrainians. He developed an English school by using Zoom, the popular online communication system.

As the online director, Mullican works with his connections in Ukraine to set up English school that meets for a week, Monday through Saturday. Since last June, they have consistently set up weekly school every other month.

“We average 1,100 student a day online with more than 50 teachers on the team,” Mullican said.

Mullican, wearing a cowboy hat, poses with Ukrainian friends. He travelled with the Texas Country Boys and coordinate evangelistic follow-up at the concerts.

The teachers are in different states. Along with Oklahoma, Mullican said teachers in this online English school are in Washington State and Texas, as well as other states. He also recruited three members of Portland Avenue to teach—Gina McKean, children’s ministries director, and Jeff and Judy Hughes.

“Our people are coming from all over the place to teach,” he said. “This was a door that the Lord has opened.”

Though the online school has been successful in reaching Ukrainians, Mullican still plans to return to the country with the Texas Country Boys this fall. 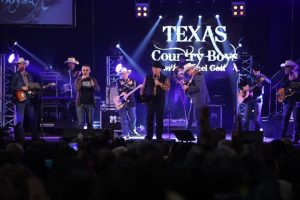 The Texas Country Boys will perform in concert on Sunday, March 21 at 6 p.m. at OKC, Portland Avenue.

This Sunday, March 21, at 6 p.m., Portland Avenue is having the Texas Country Boys perform in concert. The event is free, but a love offering will be collected that will support the mission work in Ukraine.

This concert was previously scheduled two other times, but COVID restrictions and the recent winter snow storm in February caused the concert to be postponed. However, just as Walter Mullican finds a way for the Gospel to be presented, the Texas Country Boys will be persistent to perform at Portland Ave, 1301 N. Portland Avenue.