BLOG: Go to the ant 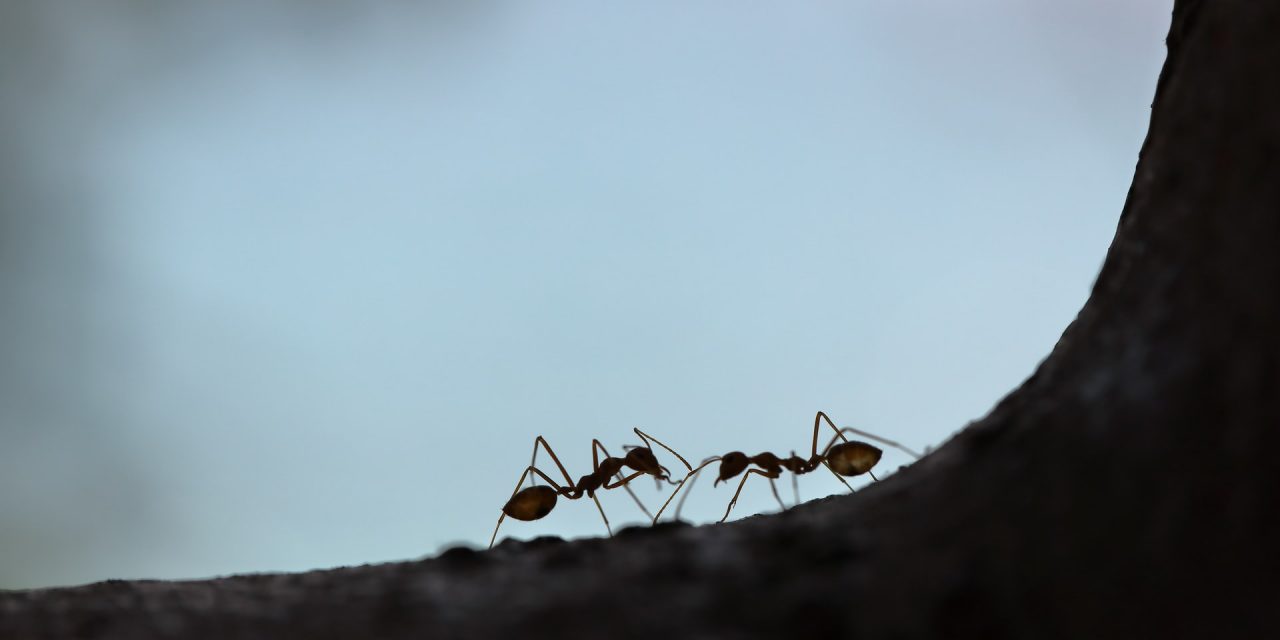 Ants always seem to get a bad rap, and indeed, they can be problematic. However, they are amazing little creatures, and much can be learned from observing their behavior. Ants, like bees, are social insects that live in colonies that have one queen, a few males and many specialized female workers.

Bees and ants may look and act very differently, but since they are both members of the same biological kingdom, phylum, class and order, we know that they share many similarities.

Ants have complex communication systems that code and decode scent (pheromones), touch, body language and sounds. Their antennas are their primary communication mechanism, and their advanced system of pheromones allow them to “talk” very efficiently.

Most people see all insects that are present in a garden as pests when, in fact, many insects including bees and ants are beneficial and even extremely necessary for a healthy garden. Successful gardens are nothing more than well-balanced micro-ecosystems. Without insects, the balance would be disrupted and could even cause the ecosystem to fail.

There are some species of ants like stinging fire ants and carpenter ants that can almost always be considered pests, but generally speaking, ants tend to be beneficial. They are very hard workers and bring the following benefits to the overall ecosystem of a garden:

Ants are so common that, when we’re outside, we almost fail to see them because they just blend in with the landscape. However, when you notice an onslaught of ants in an area where they have not previously been it’s a good indicator that you probably have other more problematic insects present such as aphids or mealybugs. While these sap-sucking insects damage your garden plants, they also produce a sweet, resinous substance that ants love called honeydew.

Ants and aphids have a quirky, symbiotic relationship in which both insects receive some type of benefit from the other. Ants provide protection for the aphids from their predatory insects such as lacewings and ladybugs and aphids are “milked” by the ants for their honeydew, one of the ant’s favorite food sources. Isn’t it amazing that, while we’re at work and play and just living our lives, the world at the micro level has all of this going on around us?

Even though ants are small, and in the big scheme of life seem irrelevant, their work ethic is set before us in Scripture as an example to model our own lives after.  In Prov. 6:6-11 we read, “Go to the ant, you lazy one, observe its ways and be wise, which, having no chief, officer, or ruler, prepares its food in the summer and gathers its provision in the harvest. How long will you lie down, you lazy one? When will you arise from your sleep? A little sleep, a little slumber, A little folding of the hands to rest, then your poverty will come in like a drifter, and your need like an armed man.”

I’m sure each of us have stood over an ant hill and observed their busyness. You might have noticed that there is order but there is no little ant “General” in a uniform directing their movements and ensuring that they stay focused and work from sunup to sundown. They are independently self-motivated, and they stay busy all day long.

God instructs us to, “Go to the ant, observe its ways and be wise.” If you haven’t observed lately, do so. But don’t just look. Really watch! Study the ways of the ants and learn.

Thank you Father for Your Word and for Your amazing creation… big and small!