Blog: A ‘Lot’ to consider 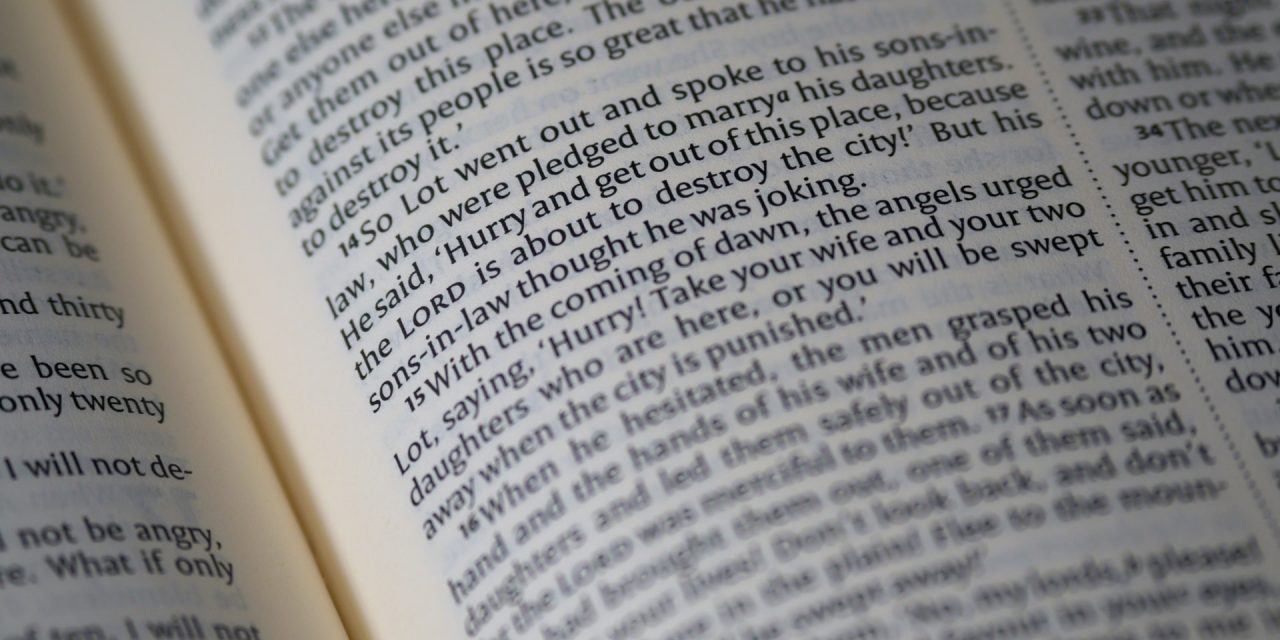 I’ve been thinking a great deal about Lot and his flight from Sodom lately. I’ve read Genesis 19 before, but I gained a new perspective when I read the story again recently.

Previous encounters with the passage left me furious with Lot on one occasion for offering his daughters to the wicked townsmen and praising him on another as the only example of righteousness in the whole city. This past week, however, I saw a sinful man striving for righteousness in a deeply broken and sinful world. I found a man with whom I could relate.

The story opens with Lot welcoming two angels into his home as they visited Sodom. The tale takes a nasty turn as the men of Sodom surround Lot’s home and demand access to these visitors in order to do deplorable things to them.

To his credit, Lot pleads with the men to “not act so wickedly” (Gen. 19:7). The angels rescue him and strike the townsmen with blindness before informing Lot that he needed to gather up his family and hit the road because the Lord was preparing to destroy the city.

In the past, I have criticized Lot for not leaving immediately. I forget his investment in this community. This was his home. These people were his friends and his neighbors. His daughters were set to marry two of the men.

So, as the dawn of destruction arose, Lot lingered. He hesitated to leave. But because “the Lord (was) merciful to him,” the angels grabbed him and his family and brought them out of Sodom “lest (they) be swept away in the punishment of the city” (Gen. 19:15-16).

I have never identified so strongly with Lot’s character, with his hesitations. Like Lot, I desire to live righteously and to influence those around me to do the same. Yet, as I see the wickedness all around me, I also see the faces. These are my friends and neighbors, so I linger.

This place is familiar and comfortable, so I hesitate. But, in His mercy, God pulls me away and reminds me that the longer I linger near sin, the more likely I am to be swept away in its destruction.

In this particular passage, God called Lot to flee the city. But most of the time we are called to remain among the lost.

Jesus said He was sending His disciples into the world, and Paul calls us to be “children of God without blemish in the midst of a crooked and twisted generation, among whom (we) shine as lights in the world” (John 17:18; Phil. 2:15). So while we might not be called to flee from the sinners, we are called to flee from the sinfulness they practice.

We cannot allow our hearts and minds to linger in destructive places. We must take action.

The specific action needed will look different for each person. Some of us might need to get off social media, seek professional counseling or wake up earlier. Perhaps we need to turn off the news, get reconnected to a local church or close our streaming service accounts.  In every case, the best action is the one that helps us fix our eyes on Jesus and “lay aside every weight, and sin which clings so closely” so that we might, like Lot, be remembered as people of righteousness (Heb. 12:1; 2 Peter 2).