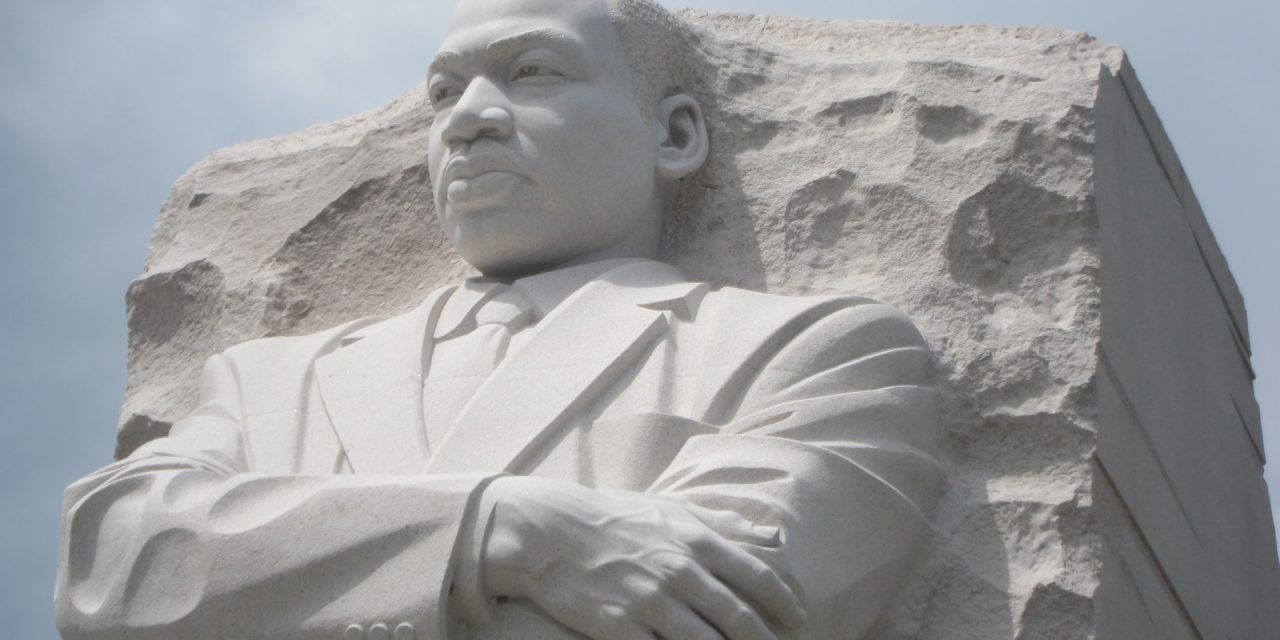 WASHINGTON (BP)—The late Martin Luther King Jr. called the church the “conscience of the state” during the Civil Rights Movement of the 1960s.

“The church must be the critic and guide of the state, and never its tool,” he said. “I’m grateful to God that, through the Negro church, the dimension of nonviolence entered our struggle.”

More than a half-century after King’s assassination, nearly half of Black American adults (47 percent) believe the Black Church is less influential than it was 50 years ago, Pew Research Center said as the nation marks King’s birthday. Thirty percent rate the Black Church as more influential, while a fifth say it holds about the same amount of sway.

More than three-fourths (77 percent) of Black Americans credit predominantly Black churches with playing a role in helping African Americans move toward equality in the nation, Pew said, with 29 percent saying Black churches have done “a great deal” in the struggle.

“Black clergy have played a big role in American history,” Pew said in its analogy. “During the eras of slavery and racial segregation, they supported Black communal efforts to ‘uplift the race’ (a phrase commonly used in the 19th and 20th centuries), by organizing services such as job trainings or insurance collectives through their churches, in addition to leading protests against racial discrimination.”

Two African American pastors recognizing Martin Luther King Jr. Day this year—Gregory Perkins at Menifee, Calif., The View and Jerome Coleman at Willow Grove, Pa., Crestmont—say churches of all stripes should be at the forefront of the quest for civil rights not only for African Americans, but for all marginalized people.

Perkins, who will broadcast a sermon marking today’s holiday, puts it this way: “Jesus’ entire ministry on earth consisted of upsetting and overturning the social and societal norms of the day. Many were steeped in ethnic and socio-economic discrimination.

“The pursuit of equality is not solely a Black issue” Perkins said. “It is a Gospel issue. The Gospel rejects racism and classism. Therefore, the church must be a visible and vocal voice against behavior that is counter to the Gospel.”

Coleman, who recognized King in his Sunday sermon drawn from John 13:34-35, encourages Christians to work together in the pursuit of civil rights and equality.

“My struggle should be your struggle and your struggle should be my struggle,” Coleman said. “Moses couldn’t live with the fact that he was privileged, while others suffered, so he left the pleasure and prosperity of Pharaoh’s palace to identify and struggle with his people in slavery. Moses acted out what Dr. King understood, ‘no one is free until we are all free.’”

Coleman encourages all churches to reflect on the struggle of American Americans.

“There’s a song by Matt Maher,” Coleman said, “and love will hold us together, make us a shelter to weather the storm. And I’ll be my brother’s keeper, so the whole world would know that we’re not alone.’

“We’ve come a long way, but we still have a long way to go. For example, Pew Research shows that the median wealth of white households is still 10 times the wealth of Black households and eight times that of Hispanic households. And there are a multitude of reasons for that that we must all address, if I am my brother’s keeper.”

Perkins notes the Black Church has lost the influence it forged in King’s day.

“The Black church is no longer the nexus of African American life. As a result, it has greatly lost influence since the great spiritual leaders like MLK, Gardner C. Taylor, Clayton Powell, etc.,” Perkins said. “These spiritual leaders led large congregations that were galvanized to attain a shared goal. Regretfully, because of the changing landscape, the ‘shared goal’ has become a moving target.”

Perkins notes differing strategies among Black church leaders, both today and half a century ago.

“We must recognize that at the height of the civil rights era, there was great conflict between Dr. J. (Joseph) Jackson who headed the National Baptist Convention (then the largest body of Black Baptists) and those on what was defined as the ‘progressive wing’ who advocated for civil unrest as an impetus for fighting the Jim Crow era laws,” Perkins said. “This group was led by Dr. Martin King (Sr. and Jr.). This divide led to a split and the Progressive National Baptist Convention was formed.

“Today, the same conflict remains,” Perkins said. “There are those who believe that the church should be deeply immersed in these matters while others do not. The most important change is that there is a lack of leadership.”

The Faith Among African Americans study conducted among 8,600 Black American adults age 18 and over, is Pew’s most comprehensive study of religion among Blacks. From Nov. 19, 2019-June 3, 2020, Pew gathered information on several aspects of Black religious life.