Behind the scenes with Bauer at CrossTimbers 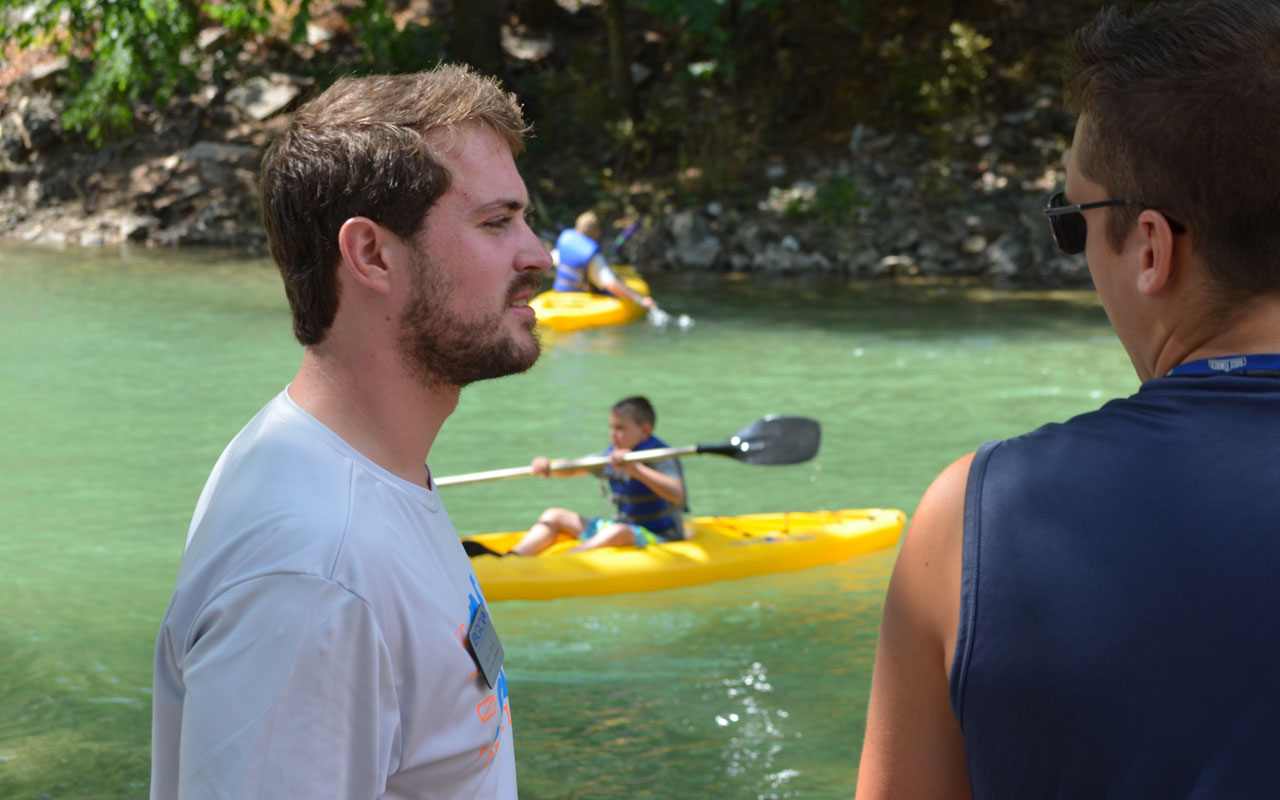 DAVIS—There is the expected stress of moving from one house to another. Imagine what the stress level would be like moving an entire campsite operation.

That is what happened more than three years ago when CrossTimbers Children’s Mission Adventure Camp made the transition from its former site in McAlester to its current location outside Davis. And the person who was in charge of moving all the equipment and resources was Ryan Bauer who is in his fifth year as the manager of CrossTimbers Camp.

Bauer said there was some anxiousness about the move and curiosity of how the new camp would look. Now he can look back and say God was involved in the transition, and he knows it was the right move to have CrossTimbers where it currently operates, near Falls Creek Baptist Conference Center.

“We have been able to host more people,” said Bauer on the benefits of CrossTimbers’ current location. “This property can house roughly about 500 people whereas the previous site could only house about 250. So with having more campers in the summer means we have seen an increase in decisions for Christ.”

After five four-day camp sessions, CrossTimbers has witnessed 168 total spiritual decisions with 101 professions of faith. The camp has averaged 326 campers who recently completed the third through sixth grades.

“It makes it all worth it every year, speaking for everybody on our conference center staff, when camp is in session and children walk down the aisle and give their lives to Christ,” Bauer said. “All the work behind the scenes that no one knows about makes it all worth it, and that is a calling each one of us with the conference centers believes in.”

Bauer is the leader of the “behind-the-scenes” work at CrossTimbers. He provides oversight in guest relations, food services, housekeeping, facilities, concessions, gift shop and recreation. He said a typical day is discussing with the team members who work in these different areas, making sure everything is in order and then “filling in the gaps” when needed.

“If a problem comes up, I’ve got to find the solution,” Bauer said.

Glenn Barber, who Bauer calls his “partner in ministry,” said he has great confidence in Bauer. Barber serves as CrossTimbers program director and children’s ministry specialist with the Baptist General Convention of Oklahoma.

“Every time we have campers, I don’t worry about weather, security or camp safety because I know Ryan has it,” Barber said. “Having him take that stress is an incredible part of what we can do at camp. You can look at the staff that works with Ryan year round, and they take care of things and manage the camp really well. If something happens, they take care of it. They just get it done, and that’s always great. It helps make my job of working with the church groups and the program team so much easier.”

The dynamic duo of Bauer and Barber make it happen at CrossTimbers. They also are very complimentary of the summer staff and the year round staff who work at CrossTimbers. Bauer specifically credits Clay Young, maintenance foreman; B.J. Drizzle, maintenace assistant; and Geoff Hughes, food services who also worked with Bauer through the site transition three years ago.

“I’m amazed each year with our staff,” said Bauer. “They work hard to see things are taken care of, and the summer staff, which consists mostly of college students, are sensitive to the Holy Spirit working in a child’s life. They make CrossTimbers happen and see the greatest success at camp, which is advancing the Kingdom by sharing the Gospel.”

Through moving a whole camp operation to his every day task of problem solving, Ryan Bauer with his CrossTimbers team are making an impact every summer that leads to eternal results.