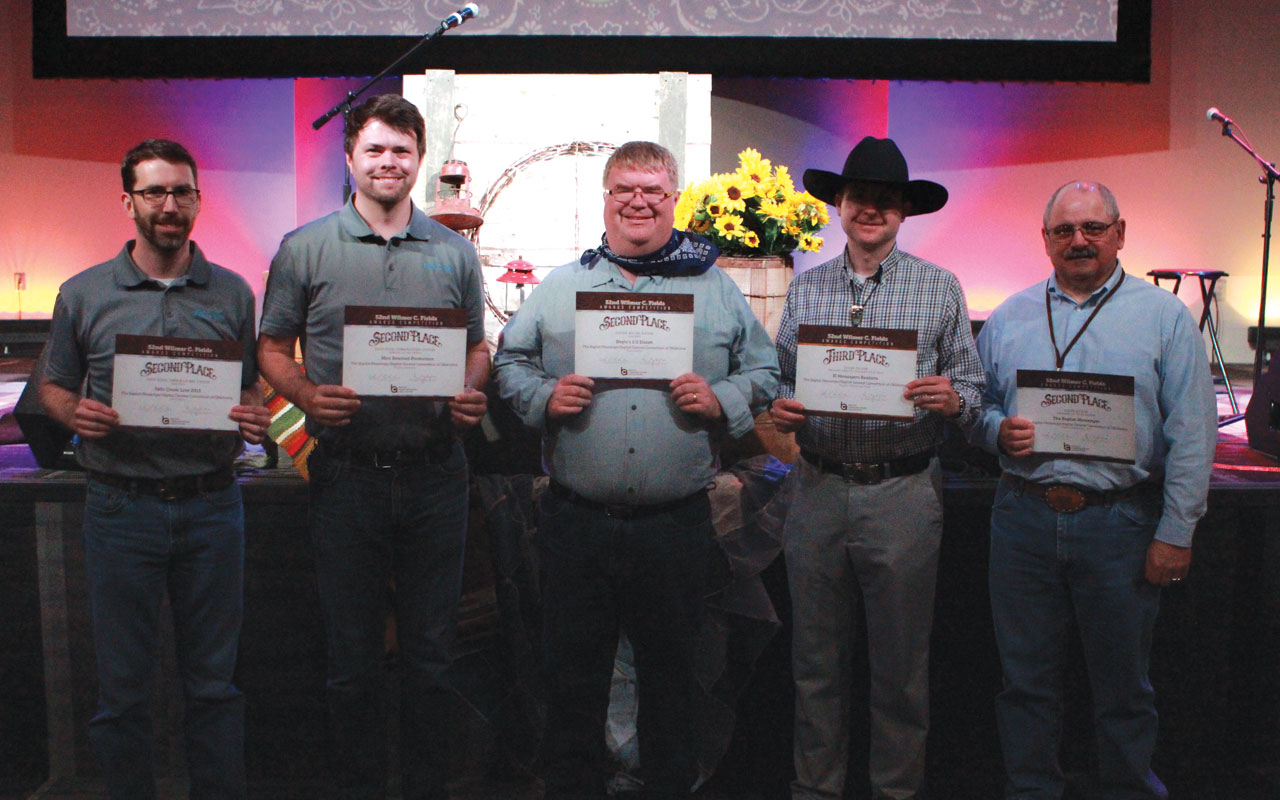 DAVIS—Baptist Communicators Association (BCA) has been in existence since 1953 and is a professional development organization for those involved in the communications aspects of Southern Baptist life. The BCA attracts people who work in fields of design, editorial, public relations, video and web.

The BCA meets at an annual workshop that has convened in different regions of the country, and Falls Creek Baptist Conference Center, near Davis, served as the venue for the 2016 BCA Workshop, April 13-16. More than 70 BCA members came from Alabama, Arkansas, California, Florida, Georgia, Maryland, Mississippi, Missouri, Oklahoma, Tennessee, Texas and other states.

A popular feature of the workshop is the Wilmer C. Fields Awards Banquet, as awards were offered in various communications categories to entries from many Southern Baptist entities. The Baptist Messenger and the Baptist General Convention of Oklahoma (BGCO) communications group collected five awards, including:

“The Lord has blessed us with a talented group of people who want to use their skills to honor Him and advance the Gospel. We are very appreciative for all the BCA awards we received this year,” said Brian Hobbs, Baptist Messenger editor and BGCO communications director.

Workshop attendees had the opportunity to experience all that Falls Creek has to offer, including the new facilities Jordan Welcome Center, Thompson Family Lodge and Mathena Family Event Center, as well as the zip line, recreation fields and a 5K run.

One attendee praised Falls Creek’s new facilities, and the overall Falls Creek experience, saying, “I don’t know how we’ll ever be able to top this year’s workshop.”

Along with many breakout session options, four-day workshop keynote speakers Todd Starnes, Fox News commentator and journalist; Walker Moore, Baptist Messenger columnist; and Gregory Frizzell, author and former prayer and spiritual awakening specialist for the BGCO. Kenny Mossman, associate director of athletics at the University of Oklahoma, and Paula Gower, vice president for marketing and communications at Oklahoma Baptist University, addressed a special luncheon topic “How to communicate to various audiences and constituencies.”

The workshop also included a field trip to Oklahoma City. Attendees took a tour of the Oklahoma City National Memorial and Museum, had lunch in Bricktown and were treated to a tour of the Hobby Lobby Stores, Inc. headquarters and a presentation by the Green family, owners of Hobby Lobby, of the future Museum of the Bible.

Next year’s BCA Workshop will be April 19-22 in Fort Lauderdale, Fla. For more information, visit www.baptistcommunicators.org.