Baptist and biblical are supposed to be synonymous 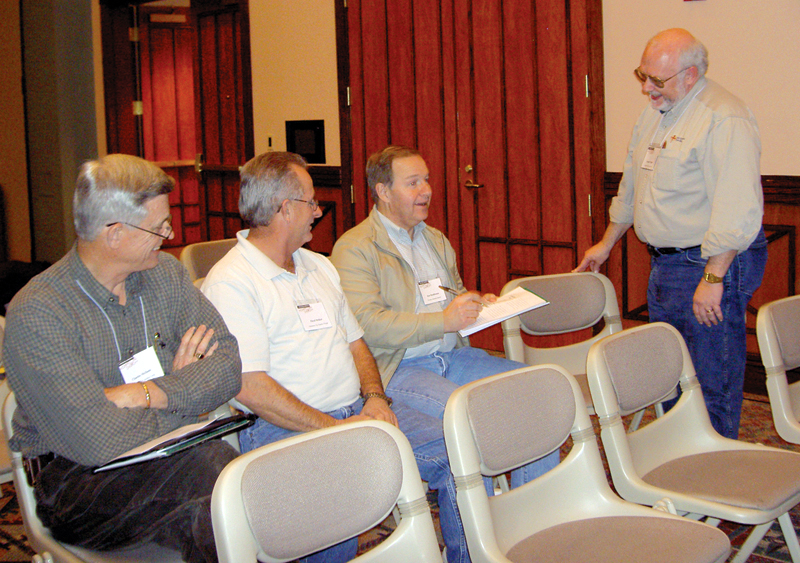 “Baptist and biblical are supposed to be synonymous. I believe the contemporary church has become an idol for many young pastors. They believe, ‘If I could just be like this or that, I’d be successful.'”

“We have tried to be trendy, not biblical,” Stetzer added, completing the thought as he discussed technique as it relates to ministry.

Stetzer, Golden Gate Seminary President Jeff Iorg and Thomas Wright, director of missions for the Mobile, Ala. Association, were the featured speakers at the conference, which focused on creating a missional mindset.

Stetzer reminded the 100 or so participants that “Just as God is a missionary God, so the church is to be a missionary church,” quoting Craig Van Gelder is his book The Essence of the Church.

He outlined the challenge churches face today in concepts taken from his book, Breaking the Missional Code.

“Our society is less churched than ever before,” Stetzer said. “Our culture is turning away from Christian values and becoming more and more worldly.”

But, that, he said, leads to a “missiological opportunity” for believers.

Stetzer said that opportunity is three-pronged, and includes Christology-Who Jesus is and what He has sent us to do; Ecclesiology-which expression of a New Testament church is most appropriate in a specific context; and Missiology-what forms and strategies should be used to most effectively expand the Kingdom of God.

Those forms and strategies should be considered carefully, Stetzer said.

“Tradition blocks you from engaging your culture and creates nominalism, where you go through the motions of worship, but have lost the meaning of worship,” he cautioned. As for technique, he said, “Don’t try to take some other leader’s technique and apply it in your setting, while downplaying the Gospel.”

Wright, who has developed evangelistic prayer ministries, told those attending a prayer seminar that “As church leaders, we won’t do anything better for our people than lead them to be prayer warriors.”

“We will never lead our people to be more godly than we are,” he said. “Our people know if we’re walking with Jesus every day or if it is just a ritual.”

He said Christians have gotten the idea that prayer people are like choir members who sing, but prayer is more fundamental than other ministries of the church.

“Prayer flows from a relationship with Jesus,” he pointed out. “Need, crisis, desire of the heart are external things that cause us to pray. Most of us try to get Jesus to look like us. We try to impose on Him our agenda. That’s one reason so many are frustrated because God didn’t fulfill their expectations.”

Wright, a former missionary to Thailand, added we are not going to get what we ask if we are not abiding in Jesus.

“We are pruned to bear fruit,” he emphasized. “You can tell the difference in Satan’s attacks and Jesus’ pruning because attacking is meant to hurt us, and pruning is done to help us.”

Wright, who led his association through the aftermath of Hurricane Katrina, declared that church leaders need to make sure their people understand biblical prayer.

“Praying in Jesus’ name means anything consistent with His character, nature or personality. He’s the one who countersigns the prayer. When we learn that, it changes how we pray.”