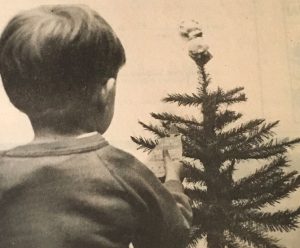 Angel Tree is a program of Prison Fellowship, founded in 1982, that connects parents in prison with their children through the delivery of Christmas gifts. In most cases, local church volunteers purchase and deliver gifts and the Gospel to children in the name of their parent in prison.

The Angel Tree process is an intentional one. The incarcerated parent must fill out the application for their child to receive a gift. Once the application is completed, the chaplain gathers it with other applications and sends them to the national headquarters. The applications are then sent back to local coordinators near where the family lives.

Faye Durant, member of McAlester, First, has volunteered for and coordinated Angel Tree efforts since the beginning of the program. She became involved with Angel Tree through a tutoring program at the Oklahoma State Penitentiary in McAlester. Vera McCoy, Durant’s friend, was leading a women’s Bible study, when the prison still had women inmates.

“I had no intention of doing it,” Durant said. “Who wants to go to a prison, right?” But she went regardless of her reservations, and nearly 30 years later, she confessed, “All it took was one time going to the prison, and I was hooked because there was such a need.” 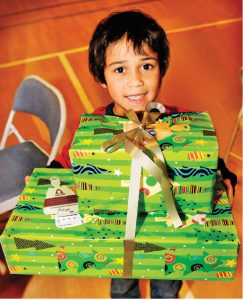 2.7 million children in the U.S. have a parent or parents in prison. Angel Tree helps reach a portion of these children with the love of Christ through Christmas gifts

Durant said Angel Tree had humble beginnings in Oklahoma. There were bumps in the road and details to be worked out before Angel Tree became a nationally-recognized program. Today, Angel Tree is a well-run ministry that serves the 2.7 million children in the United States of incarcerated parents.

“People often ask, ‘How do you know this works?’ Every once in a while, God gives us a little glimpse, as He has done with Lucas, to see where these kiddos are because we don’t track them,” Durant said.

Lucas is a child whom Durant met when he was four years old. He and his mother had just moved to McAlester due to his father becoming incarcerated. Durant said that Lucas’ mother, “is still one of the hardest working women I had met in the ministry for a long time, and our prison fellowship was happy to help her with needs she needed met.”

Angel Tree took care of Lucas for several years until his father was out of prison. “My mom was cleaning houses to make money, and Faye and Vera were ministering to my mom the whole time through Bible study and interaction with her,” Lucas said. “At the same time, there was a man named Cliff who was doing prison ministry and ministering to my dad at what was a very low point for my family. God used ordinary people in an extraordinary way.”

Lucas, now grown up, has served in church ministry for 10 years, first as a youth pastor and now as a church administrator. He was ordained two years ago, which is what led him to ask his mom about the Angel Tree woman.

“I found her on Facebook actually. I was thinking about all of the people that got me where I was that day. You start to think about that volunteer youth minister or that volunteer Sunday School teacher that God used, and I thought about Faye,” Lucas said.

Lucas then met Durant’s daughter at Falls Creek during a summer youth week. They were able to connect and share about how the Angel Tree had affected Lucas’ life and ultimately how he serves in ministry. Now, things have come full circle as Lucas’ church participates in Angel Tree, giving to children going through the same things he did as a child.

Lucas said, “It’s just something that’s important to us, we’ve been doing it the past couple of years, and I’m just so thankful for people willing to go out of their way to do this, because if not where would I be?” 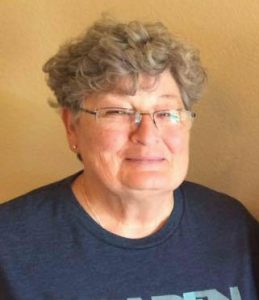 Faye Durant, member of McAlester, First, has volunteered for and coordinated Angel Tree since the beginning of the ministry.

Stories like Lucas’ point to the importance of the Angel Tree ministry. Durant says her favorite part of serving through Angel Tree throughout the years is hoping for the opportunity to tell the children about the greatest gift of all, salvation in Jesus Christ.

Durant says that is an important difference between Angel Tree and other organizations, there is a Christian emphasis. “That’s our purpose, to be able to give them Christmas gifts, but also to tell them about the greatest gift.”

Throughout the years, Angel Tree has become more than a Christmas ministry. Durant said they deliver school supplies during the year to Angel Tree children and try to visit around Easter as well, asking if there is anything with which the ministry can help their families.

Currently, Angel Tree coordinators are looking for ways to send more Angel Tree kids to church camp in the summer, already having sent many in previous years.

“I kept in touch with one girl that we sent to camp,” Durant said. “She has grown up and moved away, but she tells me that one of the greatest things Angel Tree ever did for her was send her to church camp.”

Durant said that, while she loves keeping in touch with the Angel Tree children, “That’s not necessary for me. I know God’s working, and I don’t have to see it. I know it, and that’s what keeps me going.”

Lucas said, regarding the volunteers who impacted his life, “It’s amazing how God uses people like that. If it wasn’t for people like Faye, or Cliff or Vera, where would I be today? I count myself extremely blessed.”

Lucas and his wife are now in the process of adopting a family group of children. “You see so many young men and women that need direction in their lives,” he said. “They don’t have a mom, or they don’t have a dad, or both. Don’t discount a kid just because they’ve had a rough childhood. They need love, and they need Jesus just like everyone else, just like I did.”

“Angel Tree can mean so much more to a child than you would expect. You might just think you’re buying a two dollar Hot Wheel, but that could bring so much to a little boy or girl,” Lucas said.

According to the Angel Tree website, the cost of an Angel Tree Christmas gift is $15-$25 per child. Included with the child’s information is a suggested gift type based on what their incarcerated parent picked for them using a gift guide.

The Angel Tree gift buyer can confirm with the child’s caregiver that this would be a good gift for the child. This is simply a minimum requirement and churches/volunteers may purchase gift(s) as they are led and see fit.

For more information on Prison Fellowship, Angel Tree and how the ministry can connect with your church, visit www.prisonfellowship.org/about/angel-tree.