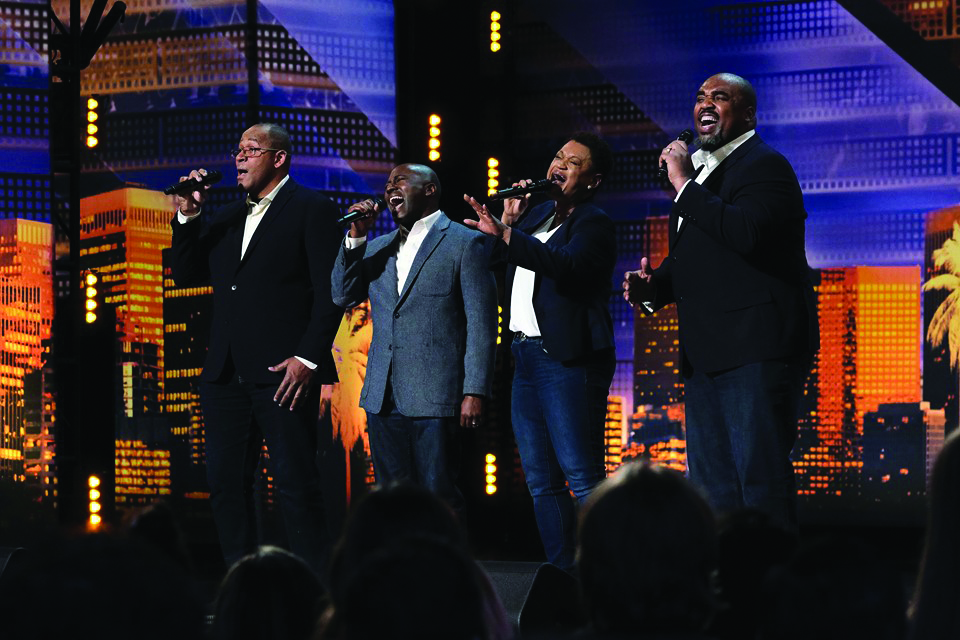 I’m always looking for something to watch with my children that doesn’t involve animation, superheroes, princesses or sports stars. 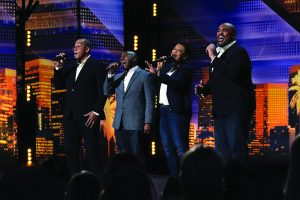 Voices of Servics performs on NBC’s America’s Got Talent.

Those four categories are great, but they’ve slowly become my kids’ go-to for entertainment.

My goal is to broaden their horizons beyond the typical kid-themed stuff while staying within the family-friendly realm.

NBC’s America’s Got Talent fits that requirement—as long as my remote is always in hand.

The show, in its 14th season, is a televised talent show for any act, including singers, dancers, illusionists and comedians. The winner receives $1 million and the chance to perform in Las Vegas.

Nine out of 10 acts are entertaining and even inspiring. The other ones—often dancers or comedians—are inappropriate and get skipped in my home.

America’s Got Talent leads this month’s list of “5 Family-Friendly Things.”

It was created by Simon Cowell (American Idol), who also serves as a judge alongside Howie Mandel, Gabrielle Union and Julianne Hough. Terry Crews, a professing Christian, is the host.

Among this year’s new acts: a group of singing and dancing children from Detroit (the Detroit Youth Choir), a 12-year-old South Carolina girl who shocked everyone with her radio-worthy voice (Ansley Burns), and a military quartet that’s good enough to give you goosebumps (Voices of Service).

America’s Got Talent airs Tuesday nights. Replays are available through NBC.com and Hulu. 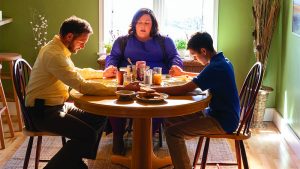 ‘Breakthrough’—The excellent faith-based film that opened in the top three and grossed more than $40 million will release on digital platforms July 2 and DVD/Blu-Ray/4K July 16. The film tells the miraculous true story of a boy who fell through a frozen pond and was thought dead until his mom began praying. His heart finally started beating again—45 minutes after the accident. Chrissy Metz stars as the mom. Rated PG for thematic content, including peril. It contains minor language.

‘Good Sam’—Now on Netflix, this feel-good film tells the story of a local television reporter who is searching for the mysterious “Good Samaritan” who is dropping bags of $100,000 on the doorsteps of strangers. News about this selfless action sparks other good deeds around the city. Good Sam is a Netflix original and contains only two coarse words (and a kiss). Its message about selflessness and helping one another is much-needed in our society.

‘Aliens and Demons’—Author and Bible scholar Michael Heiser examines modern-day UFO sightings, including the Roswell incident, from a biblical and scientific perspective (If you’re curious, he lands on the humans-are-alone perspective). The show is fascinating, entertaining and Christ-centric. Heiser is a scholar-in-residence for Logos Bible Software and previously taught at Liberty University and Midwestern Seminary. Aliens and Demons is available through FaithLifeTV.com.

‘Dumbo’—Perhaps mainstream critics were split on this Disney live-action remake, but moviegoers gave it an A- CinemaScore, and it remains among the best family-friendly films of 2019. The movie tells the story of a young elephant who overcomes the teasing about his larger-than-normal ears. The film has a great lesson about disabilities and is now out on all home entertainment platforms. Rated PG for peril/action, some thematic elements, and brief mild language. It contains three coarse words.