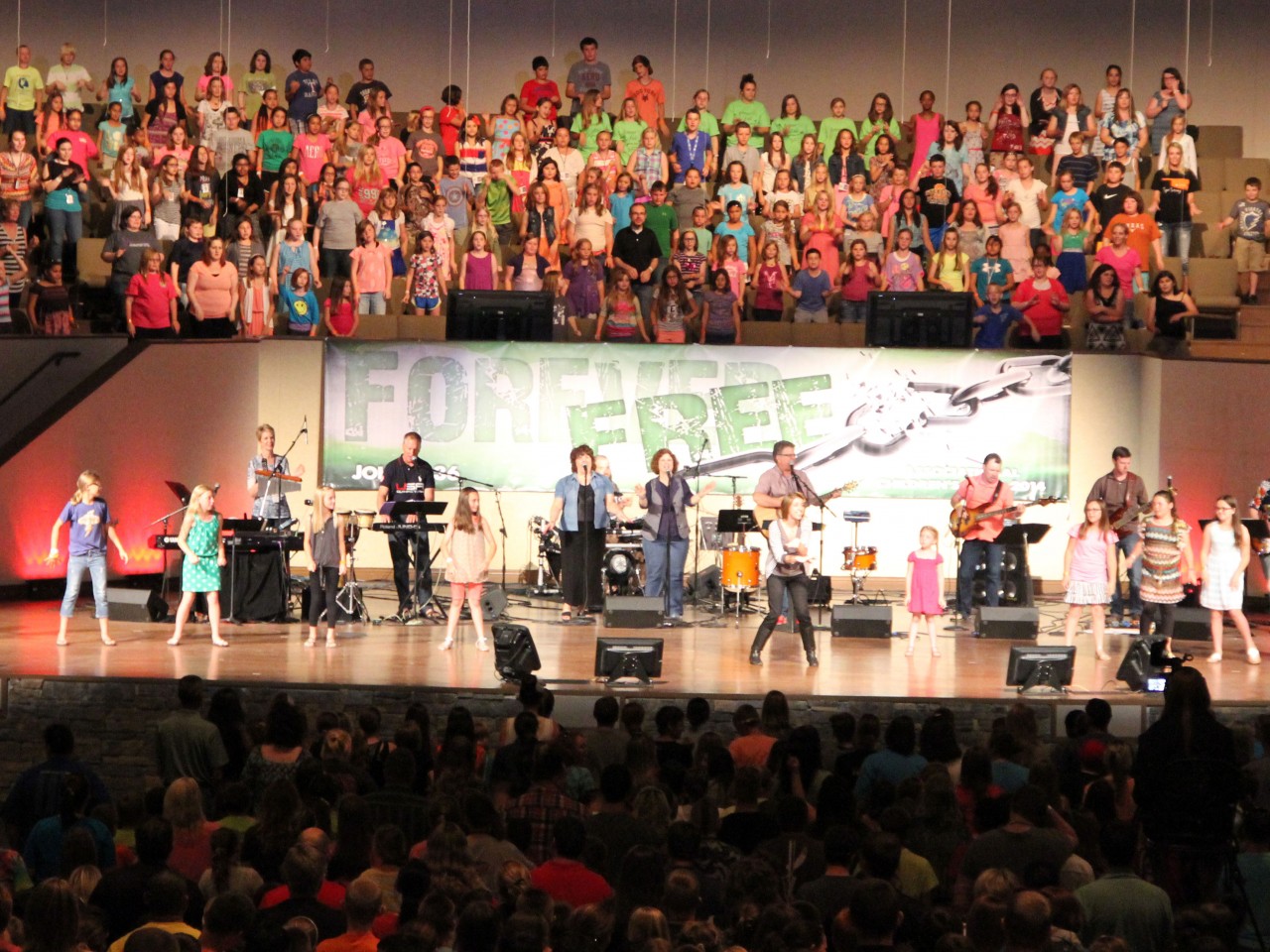 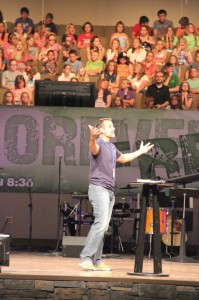 Blake Gideon, pastor of Edmond, First was the camp pastor of the second session at Associational Children’s Camp.

DAVIS—Associational Children’s Camp (ACC) kicked off the summer events at Falls Creek Conference Center at the end of May. Early reports claim more than 300 campers made decisions for Christ, with projections for that to double in number.

According to Tim Green, director of missions for South Canadian Association, who served as the ACC’s business manager, the camp’s two sessions drew more than 7,000 campers—who have completed grades 3-6—representing 15 sponsoring state associations and 81 churches from across the state. The theme for ACC 2014 was “Free Forever,” based on John 8:36, “Therefore if the Son sets you free, you really will be free.”

Todd Davison, family minister and Fusion pastor of Ardmore, First, was the camp pastor for session one. Davison spoke in the first evening session on Jesus and Zacchaeus in Luke 19. “If you knew anything about Jesus during this time, He was so popular that wherever He went, hoards of people would run to (Him),” Davison said. “They would ask Him to do miracles and heal (them). So when (Zacchaeus) hears this hubbub, he just wants to see Him, but He couldn’t because he was so short.” 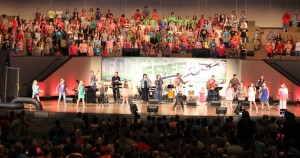 ACC campers participate in worship in the Falls Creek Tabernacle.

Davison shared how no one liked Zacchaeus, but Jesus chose to stay with him. “Jesus loves the outcast,” Davison said. “Jesus loves the underdog. Jesus loves those who are marginalized, and Jesus wants you to be on His team, not because what you can offer to the team, (but) He looks at us and has this compassion. Not because He feels sorry for us, but He is on a mission.”

James Swain, director of conference centers for the Baptist General Convention of Oklahoma, said the ACC provided a positive start for the summer at Falls Creek.

“Weather was cool, which is always a blessing in the summer,” said Swain. “(ACC) had great response with more than 10 percent of the campers making professions of faith. That’s a very high response number.” 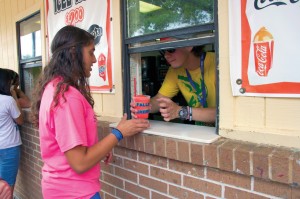 An ACC camper observes a Falls Creek tradition, as she receives one of the first Icees of the summer.