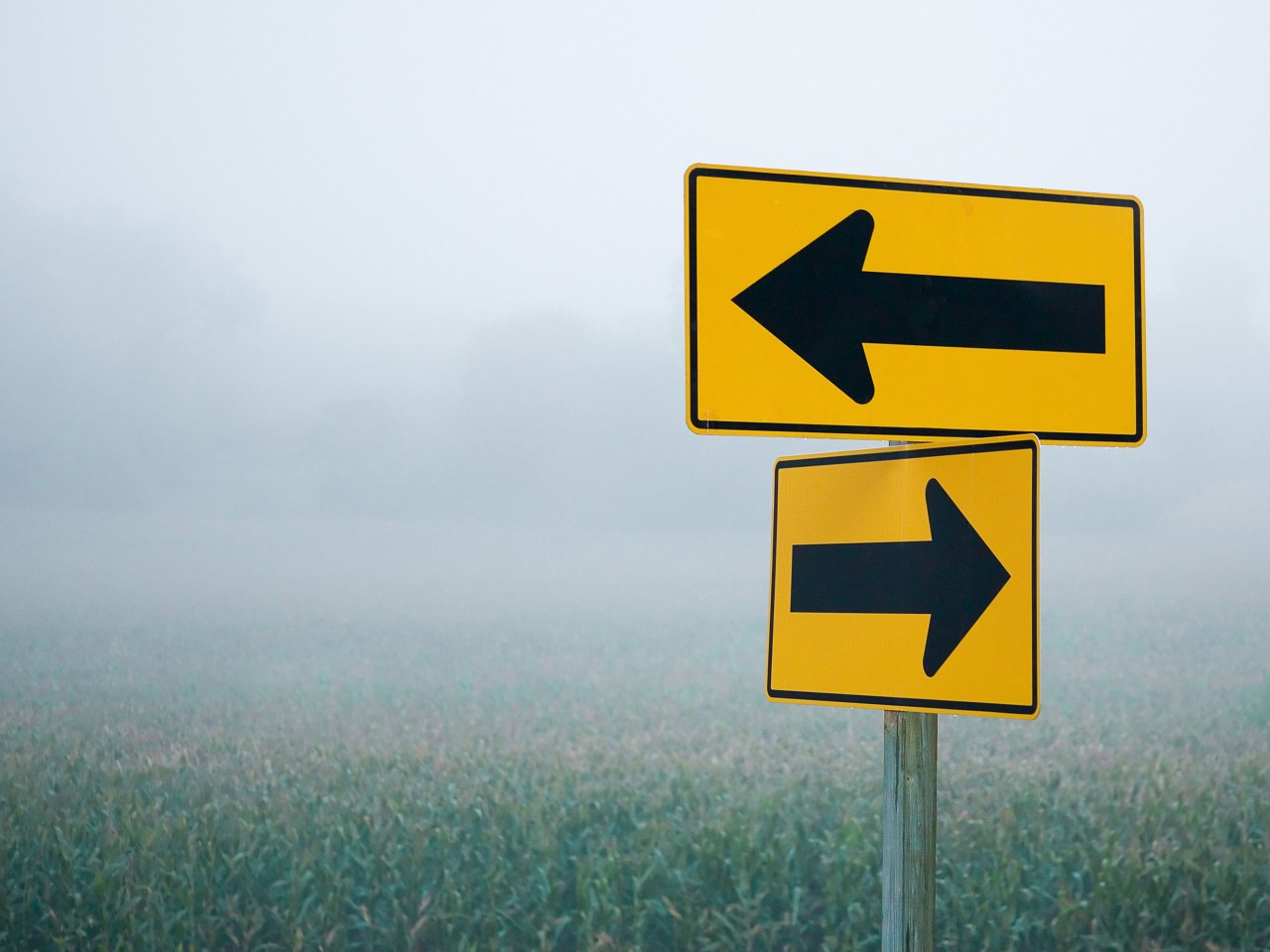 Southern Baptists will be heading for Baltimore in just a few days, and the annual meeting of the Southern Baptist Convention is to be held in a city that has not hosted the convention since 1940. This time, Baptists attending the meeting will face an issue that would not have been imaginable just a few years ago, much less in 1940 — a congregation that affirms same-sex relationships.

Just days before the convention, news broke that a congregation in suburban Los Angeles has decided to affirm same-sex sexuality and relationships. In an hour-long video posted on the Internet, Pastor Danny Cortez explains his personal change of mind and position on the issue of homosexuality and same-sex relationships. He also addressed the same issues in a letter posted at Patheos.com.

In the letter, Cortez describes a sunny day at the beach in August of 2013 when “I realized I no longer believed in the traditional teachings regarding homosexuality.”

Shortly thereafter, he told his 15-year-old son that he “no longer believed what he used to believe.” His son responded with an even more direct word to his father: “Dad, I’m gay.” As Cortez writes, “My heart skipped a beat and I turned towards him and we gave one another the biggest and longest hug as we cried. And all I could tell him was that I loved him so much and that I accepted him just as he is.”

According to the pastor, events then came rather quickly. On February 7, 2014, his son, Drew, posted a “coming out video” on YouTube. Two days later, the pastor told his church about his new position on the issue (also posted on the Internet). In his message to the New Heart Community Church congregation, Cortez admitted that his “new position” represented a “radical shift” that put him into conflict with both the position of the church and the convictions of the denomination, the Southern Baptist Convention. He acknowledged that his change of heart on the issue of homosexuality put him at odds with the SBC’s confession of faith, theBaptist Faith & Message.

In his letter, the pastor said that his aim was to see the congregation “allow for grace in the midst of disagreement.” To his regret, he said, many in the church were not pleased and the church had to consider whether to terminate the pastor. After voting on March 9 to prolong the time of consideration and prayer, the church voted on May 18 not to dismiss the pastor and “to instead become a Third Way church.”

Cortez cited Vineyard pastor Ken Wilson’s book, released earlier this year,A Letter to My Congregation. Wilson, who serves a Vineyard church in Ann Arbor, Michigan, describes his book as “an evangelical pastor’s path to embracing people who are gay, lesbian, and transgender in the company of Jesus.” Wilson argues that, even as he has come to affirm same-sex behaviors and relationships, the issue need not divide congregations or Christians.

Pastor Cortez cited Wilson’s argument as foundational to the position he and his church are now taking — “agree to disagree and not cast judgment on one another.”

But, there is no third way. A church will either believe and teach that same-sex behaviors and relationships are sinful, or it will affirm them. Eventually, every congregation in America will make a public declaration of its position on this issue. It is just a matter of time (and for most churches, not much time) before every congregation in the nation faces this test.

The impossibility of a “third way” is made clear in Pastor Cortez’s own letter.

In one paragraph, he writes:

“So now, we will accept the LGBT community even though they may be in a relationship. We will choose to remain the body of Christ and not cast judgement. We will work towards graceful dialogue in the midst of theological differences. We see that this is possible in the same way that our church holds different positions on the issue of divorce and remarriage. In this issue we are able to not cast judgement in our disagreement.”

But in the very next paragraph, he writes:

“Unfortunately, many who voted to remain traditional will now separate from us in a couple of weeks. We are in the period of reconciliation and forgiveness. Please pray for us in this. Then on June 8, we will formally peacefully separate, restate our love for one another, and bless each other as we part ways. It has been a very tiring and difficult process.”

In two successive paragraphs the pastor refutes himself. His church is notgoing to take a middle ground. He states clearly that “we will accept the LGBT community even though they may be in a relationship.” And his church did not unanimously “agree to disagree,” for a significant portion of the church is leaving on June 8, just 48 hours before the Southern Baptist Convention convenes in Baltimore. Many “who voted to remain traditional” are now forced by conviction to leave the church.

Why? Because there is no “third way.” The New Heart Community Church has voted to “accept the LGBT community even though they may be in a relationship.” Even if it is claimed that some continuing members of the church are in disagreement with the new policy and position, they will be members of a church that operates under that new policy. At the very least, their decision to remain in the congregation is a decision to stay within a church that affirms same-sex behaviors and relationships. That is not a middle position. It is not a “third way.”

For some time now, it has been increasingly clear that every congregation in this nation will be forced to declare itself openly on this issue. That moment of decision and public declaration will come to every Christian believer, individually. There will be no place to hide, and no place safe from eventual interrogation. The question will be asked, an invitation will be extended, a matter of policy must be decided, and there will be no refuge.

There is no third way on this issue. Several years ago, I made that argument and was assailed by many on the left as being “reductionistically binary.” But, the issue is binary. A church will recognize same-sex relationships, or it will not. A congregation will teach a biblical position on the sinfulness of same-sex acts, or it will affirm same-sex behaviors as morally acceptable. Ministers will perform same-sex ceremonies, or they will not.

Interestingly, a recent point of agreement on this essential point has come from an unexpected source. Tony Jones, long known as a leader in the “emerging church” has written that there is no “third way” on same-sex marriage. As Jones notes, denominations may study the issue for some time, but eventually it will take a vote. At that point, it will either allow for same-sex marriage, or not.

Tony Jones and I stand on opposite sides of this issue, but on the impossibility of a “third way” we are in absolute agreement. Conservative evangelicals have understood this for some time. It is interesting that those on the left now understand the issue in the same “binary” terms. There is no middle position.

Once again, Tony Jones gets right to the essential point:

“What I’m saying is that a church or an organization can study the issue in theory, and they can even do so for years. But this isn’t really a ‘third way’ or a ‘middle ground.’ Instead, it is a process. And at some point, that process has to end and practices have to be implemented. At that point, there’s no third way. You either affirm marriage equality in your practices, or you do not.”

Actually, as we have seen, Pastor Cortez makes the same point. The practice of his congregation is now to accept openly-gay members and members in openly-gay relationships. That does not allow for any middle ground, and that is why his church faces an exodus of members next Sunday.

Now, the Southern Baptist Convention also faces a moment of unavoidable decision. A church related to the Convention has officially adopted a gay-affirming position. The Baptist Faith & Message, the denomination’s confession of faith, states that homosexuality is immoral and that marriage is “the uniting of one man and one woman in covenant commitment for a lifetime.”

Furthermore, the Convention’s constitution states explicitly that any congregation that endorses homosexual behavior is “not in cooperation with the Convention,” and thus excluded from its membership.

There is nothing but heartbreak in this situation. Here we face a church that has rejected the clear teachings of Scripture, the affirmations of its confession of faith, and two millennia of Christian moral wisdom and teaching. But the Convention also faces a test of its own resolve and convictional courage.

I am confident that the Southern Baptist Convention will act in accordance with its own convictions, confession of faith, and constitution when messengers to the Convention gather next week in Baltimore. But every single evangelical congregation, denomination, mission agency, school, and institution had better be ready to face the same challenge, for it will come quickly, and often from an unexpected source. Once it comes, there is no middle ground, and no “third way.”

Sooner or later — and probably sooner — the answer of every church and Christian will be either yes or no.