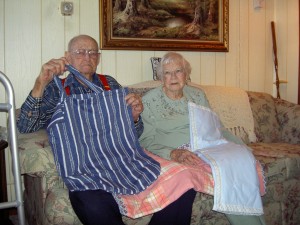 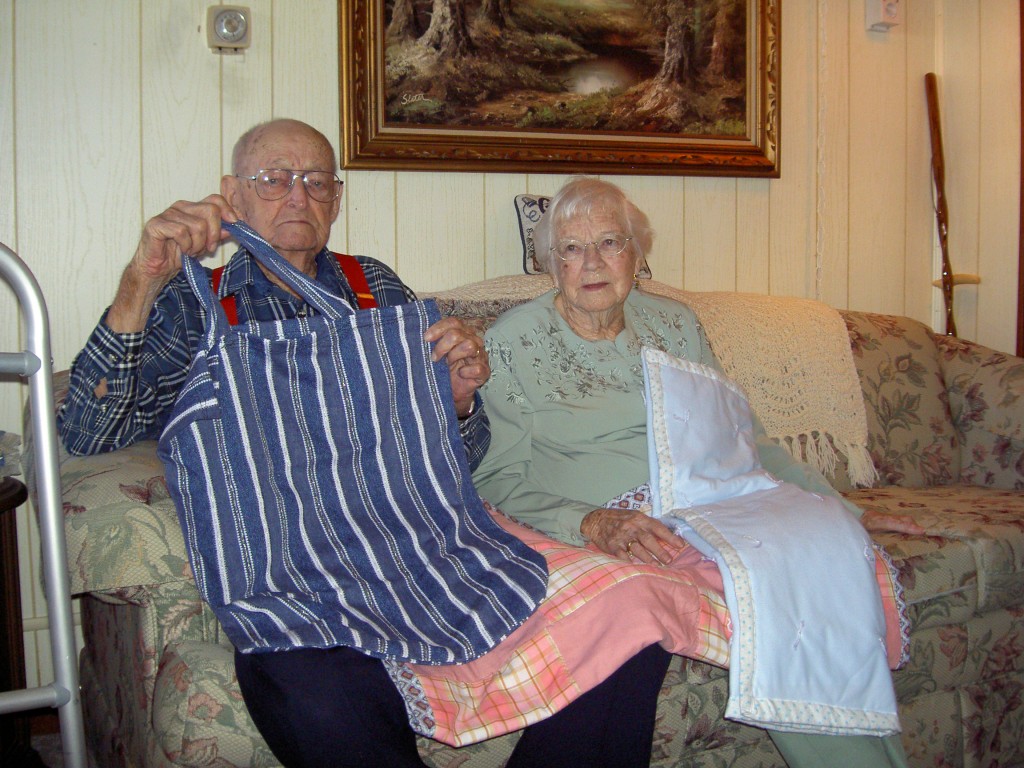 “If I hadn’t wanted her, I wouldn’t have married her.” That’s how Gene Coleman explains the success of his 77 years of marriage to his wife, Eleanor.

“When we married, we married for keeps,” said the 96-year-old Coleman, who says a good day for him is when he can put both feet on the floor when getting out of bed.

Eleanor Coleman, 94, echoed her husband’s words. “We pledged our vows to each other and the Lord,” she said. “It was for keeps. We had no desire to split up.”

Gene, a native of Colbert, first saw Eleanor at a church pie supper in Platter, Eleanor’s hometown, in 1928.

“Someone knocked a chair over behind me, and when I looked around, Eleanor was standing there,” recalled Gene. “She was the prettiest girl I had ever seen. On the way home, I told the friend I was with I was going to marry her. He said I was crazy, I didn’t even know her name.”

But the Lord works in mysterious ways. On Easter Sunday the next year, Gene’s friend needed someone to go with him to Platter. He was dating a girl there, and she had a friend he wanted to set Gene up with.

And that girl turned out to be-Eleanor.

“The next day was April Fool’s Day, so I played hooky from school and went to see her,” Gene said. For the next few months, Gene frequently walked eight miles from Colbert to Platter and back to see Eleanor. They were married Nov. 28, 1929.

The couple moved to Fort Worth, where Gene had been promised a job. However, because it was the beginning of the Depression, the job didn’t work out. They stayed in Fort Worth a year before moving back to Colbert.

Gene said he never went without a job, although he only made $1 a day for 10-12 years. He operated a peanut shelling plant in Colbert, when the plant was moved to Bristow in 1940. In Bristow, the Colemans joined First Church, where they have been active for more than 60 years. Gene worked at the peanut plant for 12 years, then joined the Turnpike Authority, where he was employed for 23 years.

Eleanor said she learned early, when the going gets rough, two can live together cheaper than one.

“You can’t run away from difficulties,” she emphasized. “You work them out with the help of the Lord, one day at a time. It’s just the thing to do.”

The Colemans do have advice for those considering marriage.

“Too many kids meet someone one weekend and marry them the next,” Gene said. “Get to know the person, and find out if the person has the same values you do. Don’t date a girl you would not be proud to have as your wife.”

“You need to know the one you are with has the same character, ideals and values you do,” Eleanor responded. “Our morals have sunk to the bottom. There are too many who don’t go to the trouble of marriage, but just live together. And more than 50 percent of children live in broken homes. You can’t teach children morals their parents do not have.”

“I read the other day in the Tulsa World where 27 babies were born, and only two of them had a mother and father who were married to each other,” Gene noted. “That’s a disgrace to our community and to our nation.”

The Tulsa State Fair annually honors couples who have been married 50 or more years. Last year, Gene and Eleanor won the award for being married the longest.

The thing Gene is proudest of is that he is the only photographer Edna McMillan, who was a member of Bristow, First, would let take her photograph. The picture is hanging in the parlor at First Church, which is named for McMillan, for whom the Oklahoma State Mission Offering is named.

Eleanor is not able to see well enough anymore to sew the items, so she places the squares of materials together and Gene does the sewing.

Gene, a jack of many trades, admitted there is only one thing he can’t do, but he wouldn’t reveal what it is, saying he will conquer it before he dies.

“We hope to be useful as long as we live,” said Eleanor.