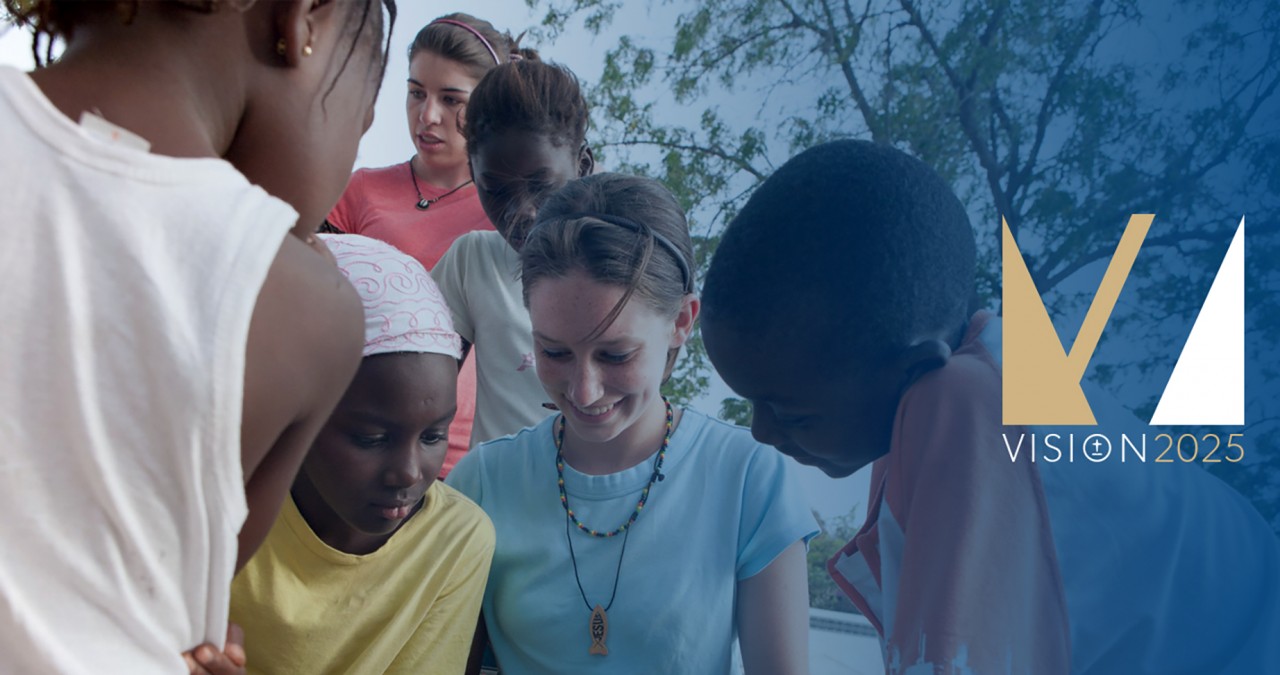 ASHEVILLE, N.C. (BP)—If every Southern Baptist increased giving to international missions by the price of a single cup of coffee over the next five years, the International Mission Board (IMB) would see historic growth in the number of missionaries it could fund.

That’s the cost of the first of five strategic action statements of Vision 2025, which was approved by the Executive Committee in February and will be brought for messenger approval at the 2020 SBC Annual Meeting. The vision begins where Southern Baptists started 175 years ago, with a common purpose to send more missionaries to the nations.

“We live in the most populous century in the history of humanity where 155,252 lost people die every day,” Chitwood said. “By growing our mission force by 500, and many of those 500 being devoted to training churches overseas to send their own missionaries, we believe Southern Baptists will see an exponential impact from their Great Commission faithfulness.”

IMB leaders didn’t choose the number 500 randomly. Last March the IMB’s affinity group leaders gathered to develop plans to accelerate the spread of the Gospel worldwide. During that week, Chitwood asked the leaders, “What is the minimum number of new field missionary personnel needed to have maximum impact in accelerating the spread of the Gospel?”

The question came at a critical time for one of the largest missions organizations in the world. In 2008, the IMB had a record number of 5,624 overseas missionaries, according to that year’s SBC Annual. As of January 2020, just 12 years later, that number had dropped to 3,673, a loss of nearly 2,000 appointed missionaries. While the number of missionaries had plummeted in a little more than a decade, lostness has climbed.

“The question was asked in the context that we did not have unlimited financial resources,” said Charles Clark, IMB vice president for mobilization. “Each of the affinity leadership teams met to pray and consider the question, and the comprehensive sum they arrived at was 500 new personnel. While 500 additional field missionaries is a minimum number, it does represent the need to increase CP (Cooperative Program) and Lottie Moon (Christmas Offering) giving by Southern Baptists of some $50-plus million over the next five years.”

Mobilizing 500 additional missionaries in a five-year period would mark one of the biggest periods of growth in personnel in the board’s 175-year history and would begin the effort to return Southern Baptists to earlier levels of missionary advancement.

Clark said the increase in missionary personnel would have a significant impact on the Great Commission efforts of Southern Baptists. He pointed out that 500 new missionaries would allow the IMB to expand the number of sustainable missionary teams in the least-reached places in the world and expand a Gospel presence into the top 75 global cities.

In addition, Clark noted the increase will enable the IMB to better train nationals, strengthen theological education on the mission field and better meet human needs with compassion.

Reaching the goal of 500 new missionaries will face significant uphill challenges. First is the need for additional resources.

Last year, the IMB reported that Southern Baptists had given $157 million to the Lottie Moon Christmas Offering during 2018-19. That was the third-highest total ever received.

An increase in giving to the Lottie Moon Christmas Offering and the Cooperative Program alone won’t lead to the necessary 500 new missionaries. Clark added that churches must send out more missionaries as well. He pointed to Luke 10:2 and Jesus’ command to pray for more laborers: “The harvest is plentiful, but the laborers are few; therefore pray earnestly to the Lord of the harvest to send out laborers into his harvest.”

“The answer to overcoming these two obstacles is sitting in the pews of our Southern Baptist churches,” Clark added. “Both the financial and human resources are available. Will we be faithful in giving our first and best to the Master?”

Clark urged all Southern Baptists to keep John’s vision in Rev. 7:9 in front of them. The verse describes a great multitude from every people and language group in the world that will one day stand before Christ.

To find out how your church can get more involved in helping Southern Baptists add 500 new missionaries by 2025, visit imb.org.