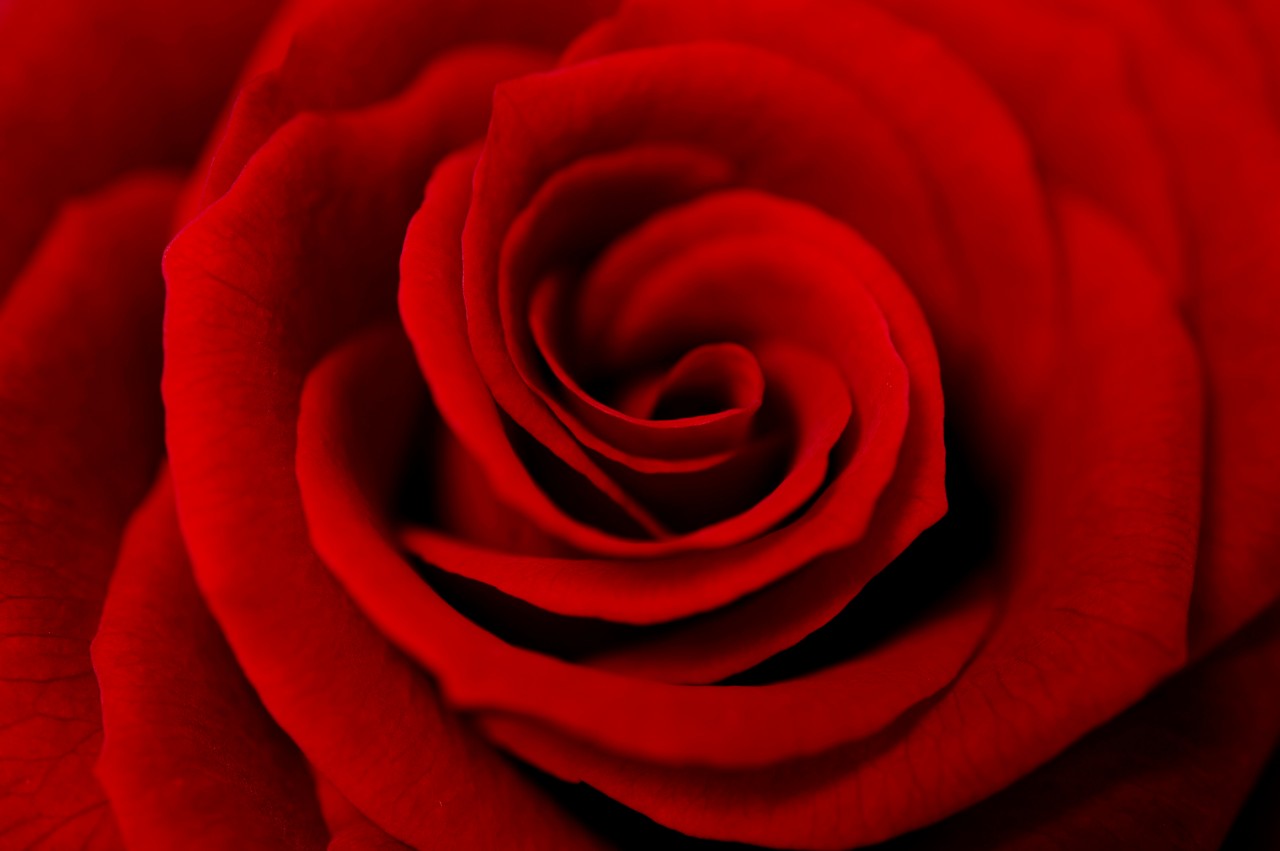 Abortion survivor shares story to capacity event, which is attended by Democrats and Republicans in the legislature 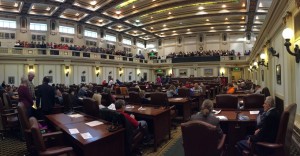 Democrat and Republican legislators from the State House and State Senate were recognized for their pro-life positions at the Rose Day rally. (Photo: Grant Bivens)

OKLAHOMA CITY–The 24th annual Rose Day Pro-Life Rally at the Oklahoma State Capitol on Feb. 4 was well attended, as hundreds of Sanctity of Life supporters participated by distributing roses to state representatives, senators, the Lt. Governor and the Governor.

Following the morning’s dedicated time for citizens to distribute red roses to their state elected officials as a symbol of their pro-life views, citizens gathered in the Oklahoma State House Chamber for a rally. 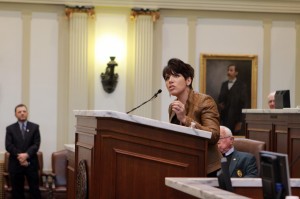 Melissa Ohden, keynote speaker for the 24th annual Rose Day Pro-Life Rally on Feb. 4, is the survivor of a failed saline infusion abortion in 1977. Ohden shared her personal story about her perspective in the abortion debate. (Photo: Grant Bivens)

Abortion survivor Melissa Ohden, who founded the Abortion Survivors’ Network, spoke to the capacity crowd in the House Chamber and overflow audience in the State Chamber. Ohden said her life was nearly ended by a saline-infused abortion in 1977. 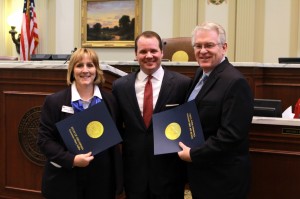 Along with Ohden’s testimony, Lt. Gov. Todd Lamb and many other pro-life House and Senate members—both Democrats and Republicans—attended and were recognized during the rally for their support and commitment to life.

“It’s been said and will be said again how pro-life Oklahoma had become in the last several years,” said Lamb. “There’s more work to be done, but one of the safest places to be in the womb is in Oklahoma. That being said, it’s not because of any individual in the executive branch alone, it’s not because of any legislator alone, it’s because of the men and women I look at on this floor and the men and women in the gallery and those you represent who attend Rose Day year after year… handing out roses, encouraging members, holding members accountable and being on your knees before the Lord God Almighty, claiming biblical truths for the unborn.”

In addition to his remarks, Lt. Gov. Lamb presented a citation from Oklahoma Gov. Mary Fallin commending the Baptist General Convention of Oklahoma and Catholic Charities of Oklahoma City as the lead organizers for the Rose Day event. 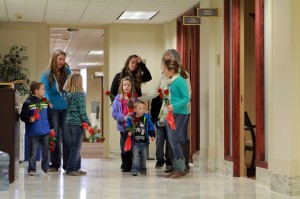 Carrying red roses to present to the Governor, Lt. Governor and legislators, hundreds of citizens from across Oklahoma attended the 24th annual Rose Day Pro-Life event and rally on Feb. 4 at the Oklahoma State Capitol. More than 525 individuals and families officially registered at the event, with hundreds more attending the event. (Photo: Grant Bivens)

“People of faith are united year after year for this special event to provide a voice for the voiceless, and it is such a blessing to see Christians of every background come together in support of women and the unborn,” said Brian Hobbs, Rose Day Chairman and communications director for the Baptist General Convention of Oklahoma.

Many attendees specifically voiced support to their legislators for pieces of legislation under consideration, such as the Unborn Child Protection From Dismemberment Abortion Act.

Rose Day is sponsored by a faith-based Rose Day Planning Committee and the Baptist General Convention of Oklahoma. For more information, visit www.bgco.org/RoseDay.