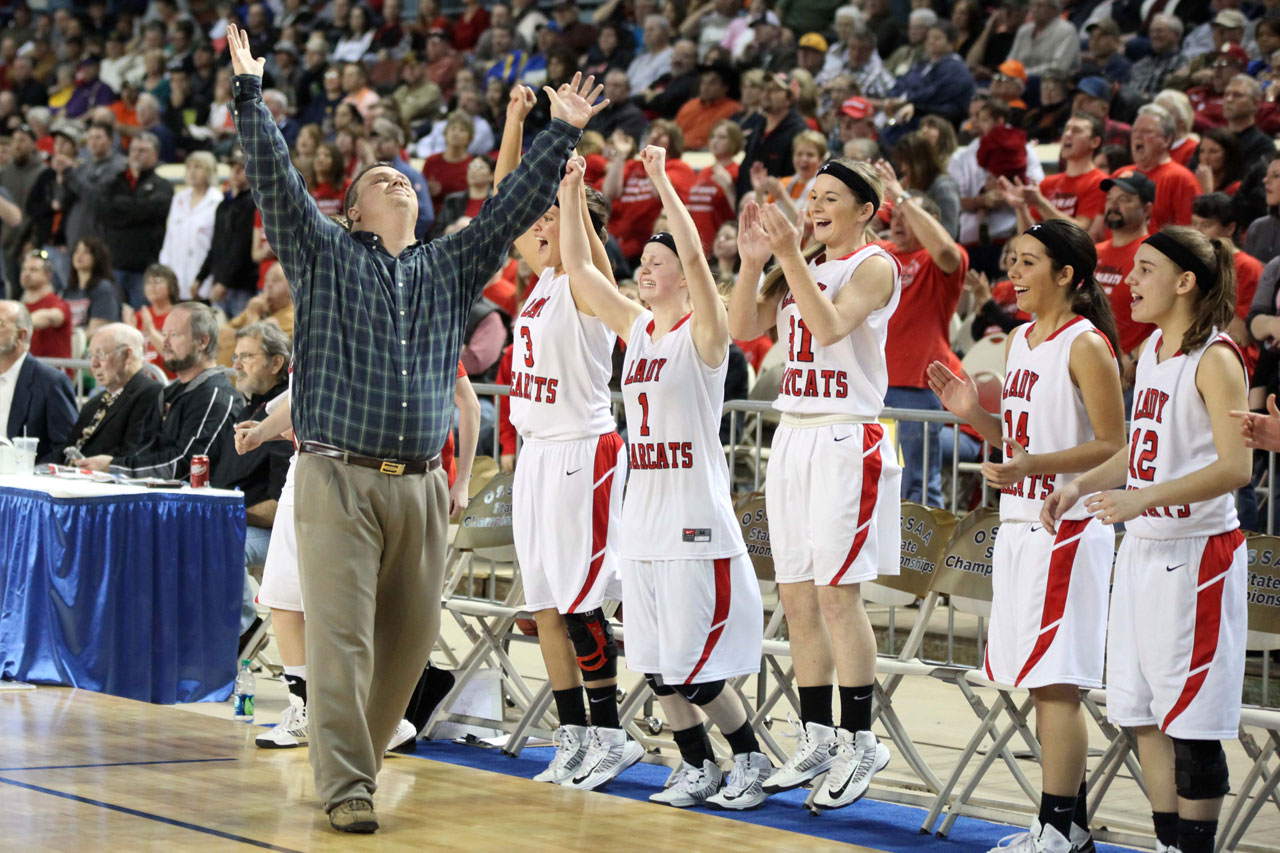 ERICK—The 2013 basketball season was a special one for Coach Justin Janz. His Erick High School Lady Bearcats were playing Lomega, the defending champions, in the state championship game, and both of his daughters were major contributors to a 56-53 double overtime victory.

Miranda Janz was a senior on the squad. With Erick down three points and five seconds remaining in regulation, Miranda sank a deep three-pointer to send the game into the first extended period.

Mackenzie Janz was a sophomore, but Justin’s youngest pulled off the winning basket with a layup and a bonus free throw with 10 seconds left on the clock. Erick has a lot of love for the Janz family.

Now in his 10th season coaching at Erick, Justin has another successful team with Mackenzie playing in her senior year. At the time of publication, the Lady Bearcats have an 18-4 record. 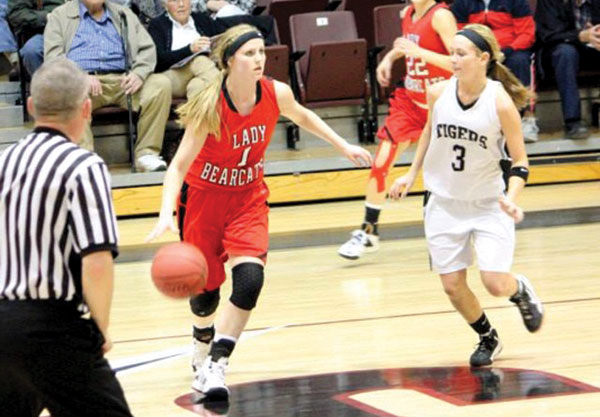 Mackenzie Janz, with ball, is now a senior playing for the Erick Lady Bearcats (Photo: Provided)

Miranda is now a sophomore playing at Southwestern Christian University in Bethany and has started every game for the Eagles in her two-year college career.

When asked how the experience has been coaching his daughters, Justin said it has been a struggle at times, but he said they try not to bring any troubles home. “We try to leave it at school,” he said, but not all of the experiences were tough.

“It’s been a blessing for me,” he said. “I got the opportunity every day to be around my girls. Not many people can say that, and I wouldn’t trade it for the world.”

Justin said he credits his own parents for making family a priority. His dad was a lay preacher, and he also grew up knowing the importance of being involved in church. “We always wanted to raise our kids in church, and that’s how my parents raised me,” said Justin, as he and his wife Amy are faithful members of Erick, First.

A few years ago, Justin was asked by then-pastor Joe Merrill about being a deacon. Justin wasn’t sure because he thought “being a coach, I may make people upset, and I worried that would affect the church.” But he said Pastor Merrell told him, “It’s not about what you want, but it’s about what God wants,” and told him to pray about it. 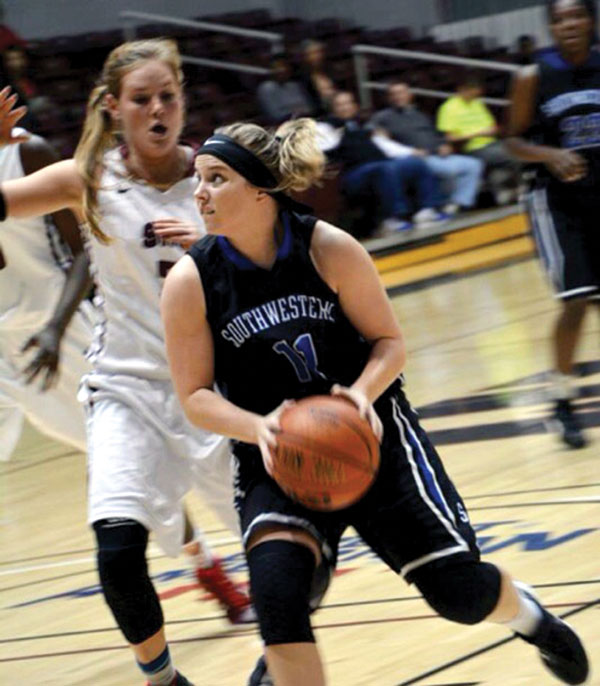 Miranda Janz, with ball, is a now a sophomore playing for Southwestern Christian University. (Photo: Provided)

Along with praying, Justin said he read through some passages in I Timothy. He answered God’s call for him to serve as a deacon.

“It’s been a huge blessing,” he said about serving at Erick, First. “I love our church and community. I always tell people I have three homes: my actual home, at church and at school. That’s about where we’re at between those three places.”

“Every day I’m with godly people, and that a huge thing,” said Justin.

Justin shared how both of his daughters also are involved in going on mission trips. He said Mackenzie made a decision at Falls Creek to be a part of GO Students, and served in Aurora, Colo. Her favorite thing, Justin said, was doing prayer walks. “It was an experience she never had before.”

Miranda will be going this May to the country of Columbia with her basketball team to do sports camps and other mission work.

Not only does Justin try to be the spiritual leader for his daughters, but he also tries to be a godly influence for his players and the kids he teaches at school. He said he wants to be an example of how to do things the right way.