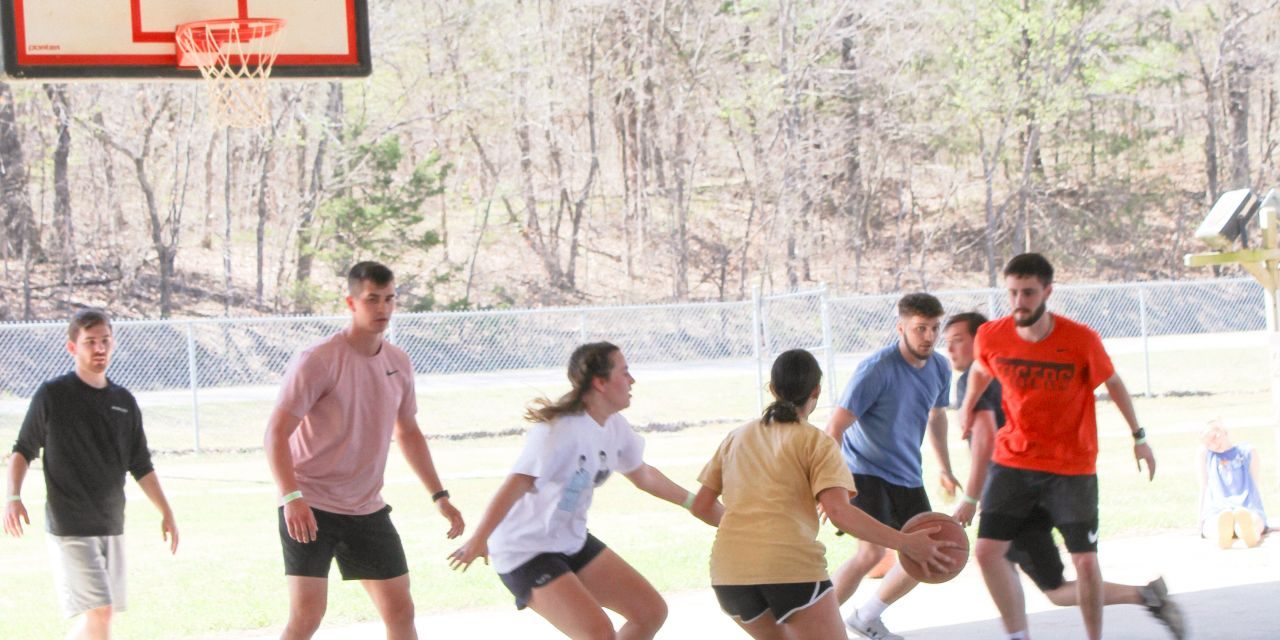 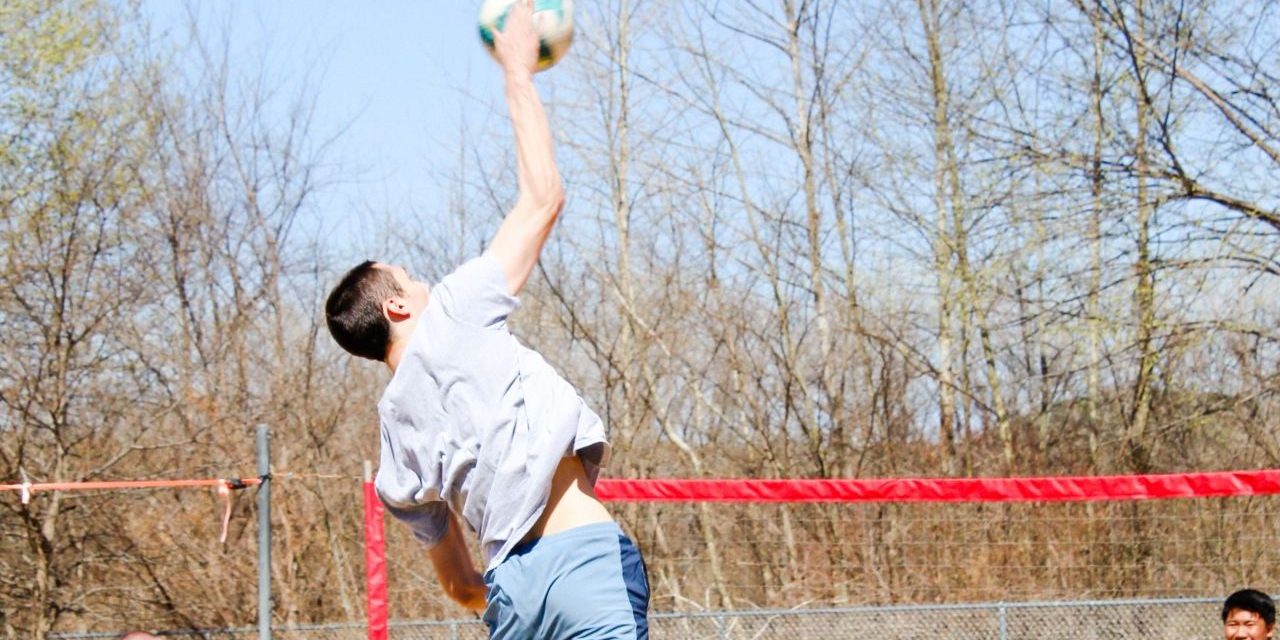 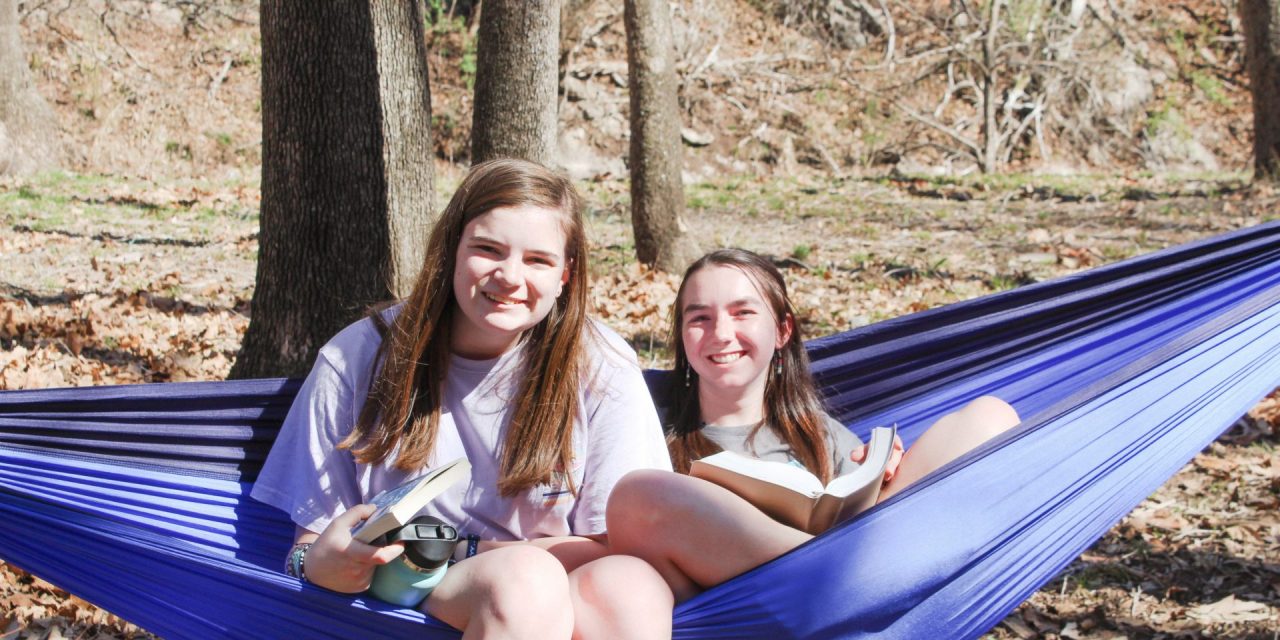 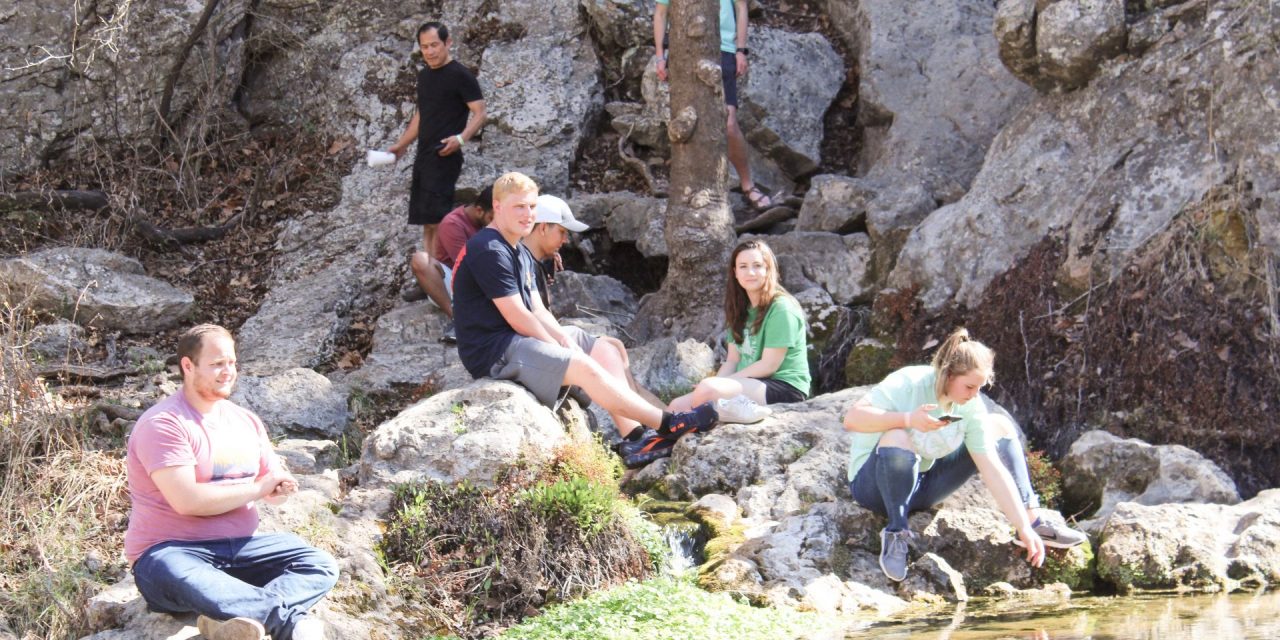 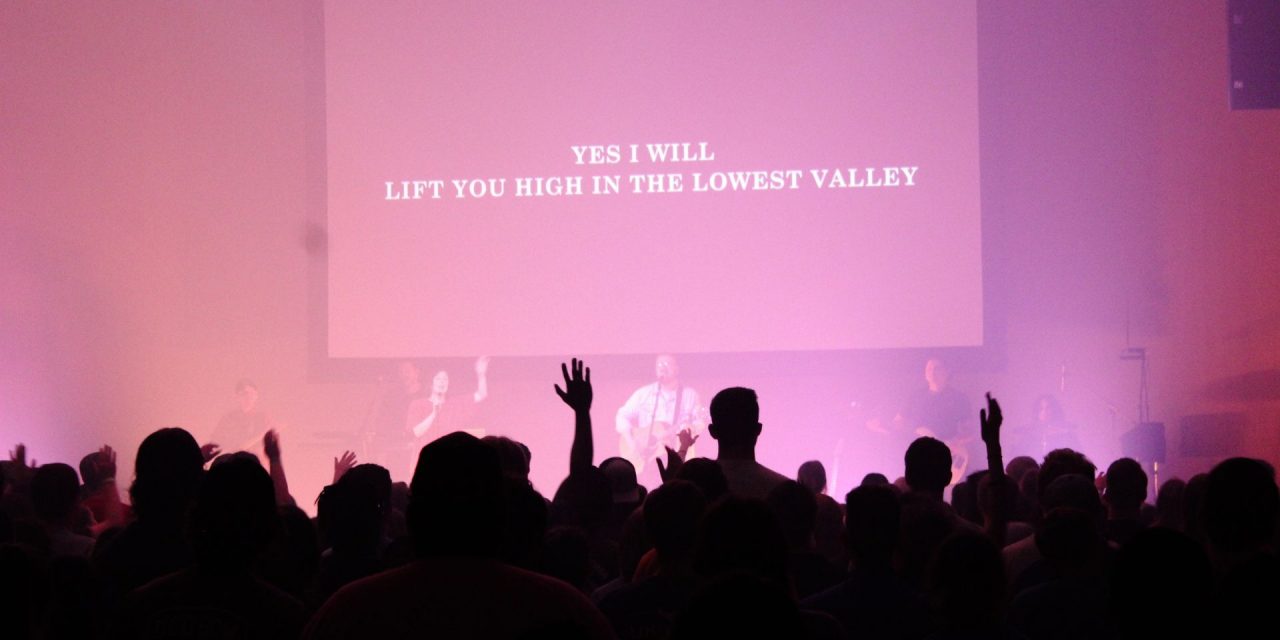 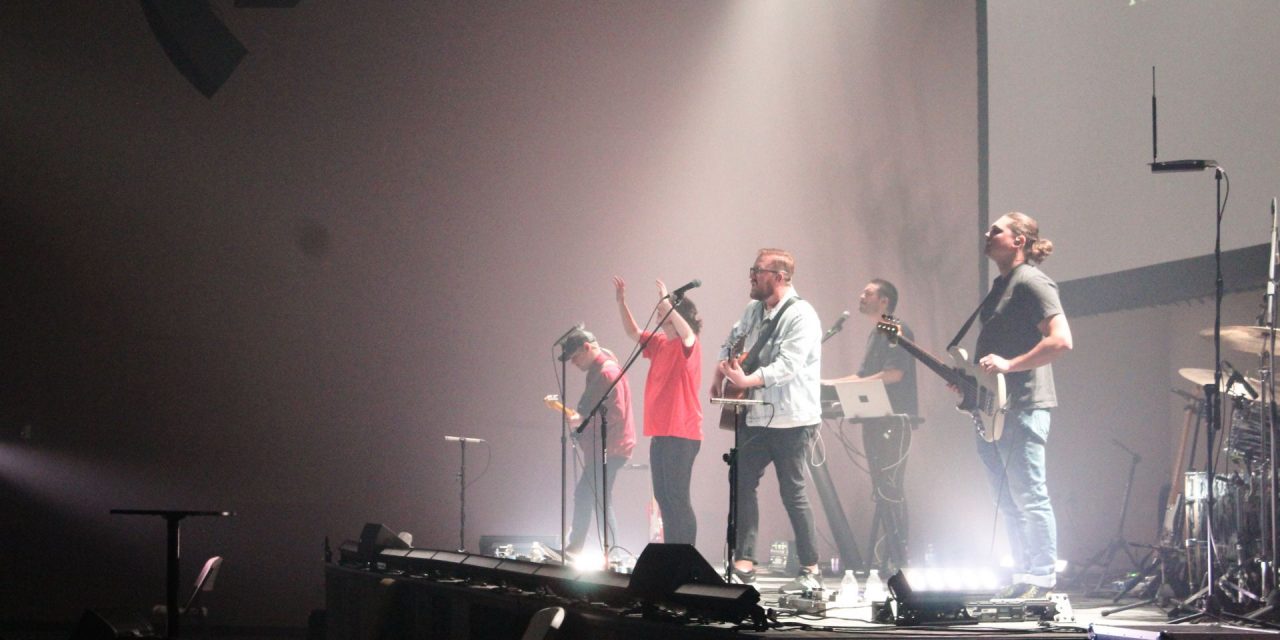 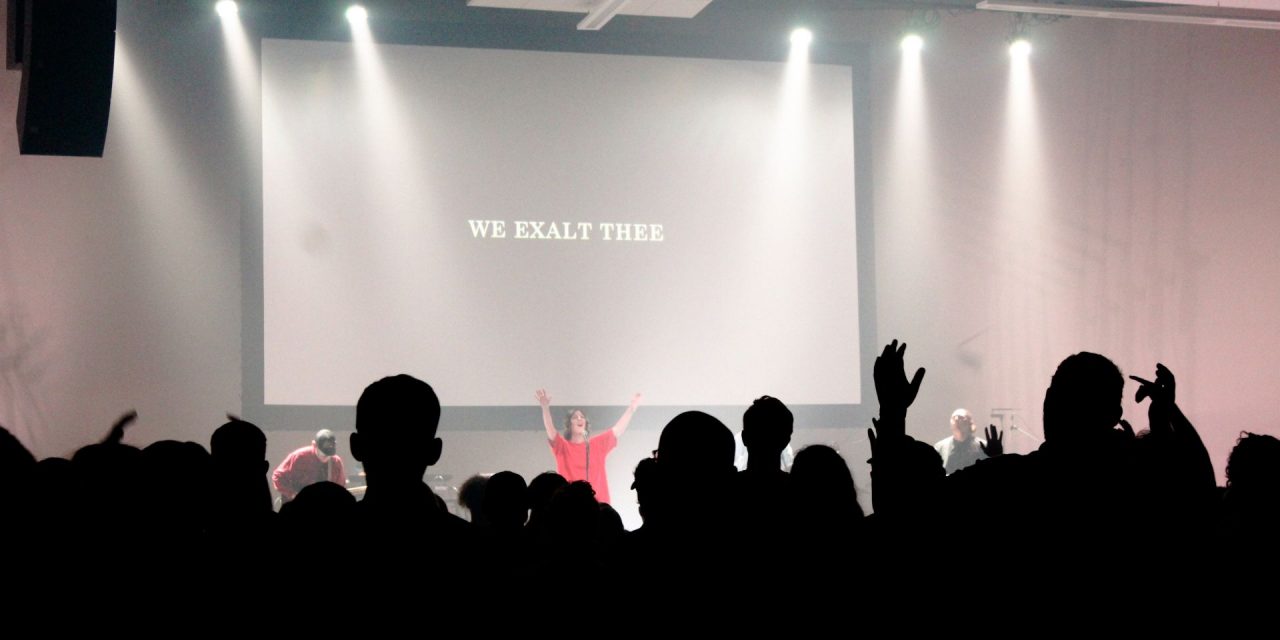 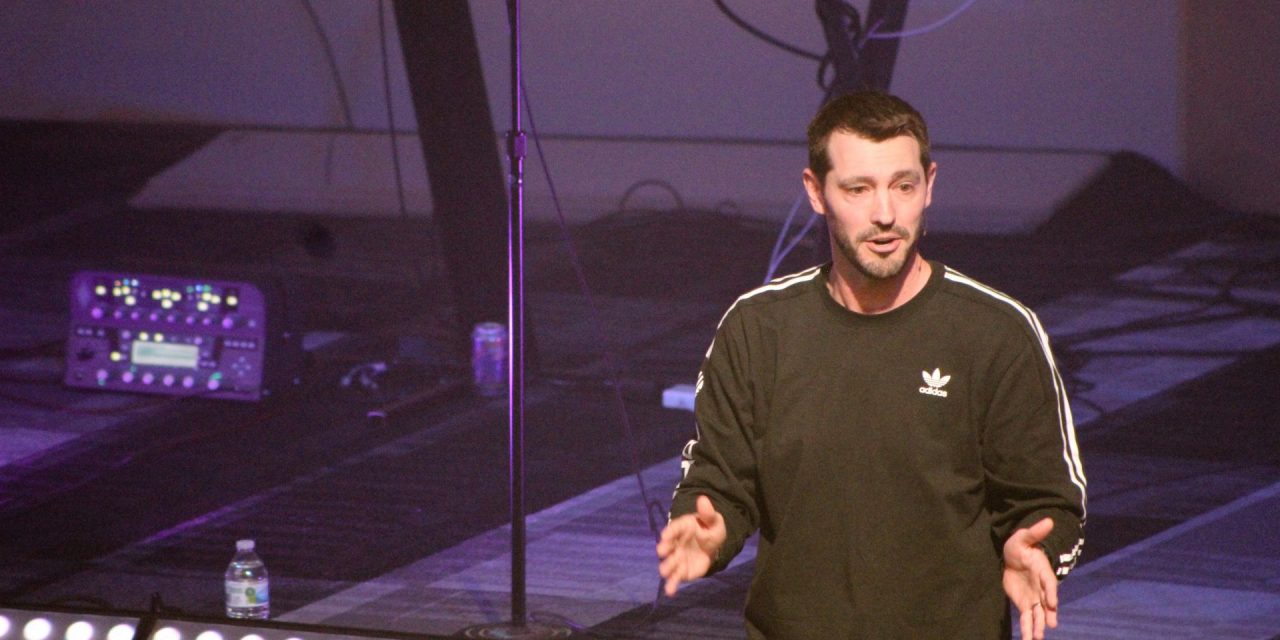 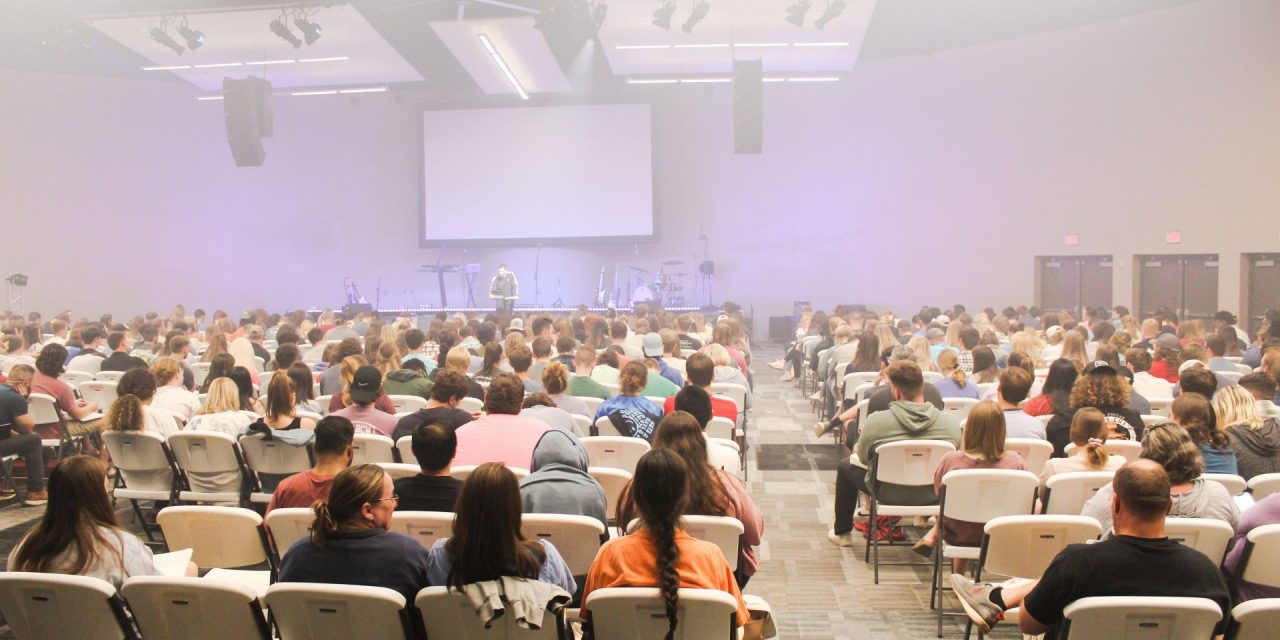 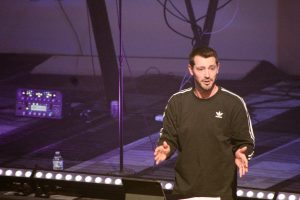 The event, which is hosted by Oklahoma Baptists and Baptist Collegiate Ministries (BCM), has been going for seven years and became a popular springtime destination for Oklahoma college students and other young people.

The Spring Retreat is designed to be a time of fellowship and learning for college students, those who work vocationally, international students and more. The 2022 Spring Retreat was based on the theme of “Impact.”

“We had a powerful time of fellowship, worship and equipping,” said Cris Lowery, state BCM director for Oklahoma Baptists. “With 35 college campuses, five churches and 700 young people in attendance, it was a great event, and the Lord really moved.” 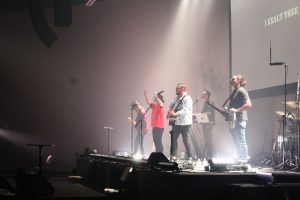 Rivers leads a time of worship at Spring Retreat.

The keynote speaker was Grant Partrick and the Rivers band led in worship. Event leaders indicated the Lord was at work in the hearts of attendees, with spiritual decisions made, including professions of faith and rededications.

Carissa Jones, who serves as ministry assistant with BCM for Oklahoma Baptists, said, “I’m usually running around taking care of logistics, so I don’t always get all of the good stories until after the fact. But I did learn about a young lady who stood up with great boldness as soon as Grant Partrick asked if there was anyone who needed to give their life to Christ Saturday night. Others saw her example and stood as well.”

In addition to powerful times of worship, there were breakout sessions offered throughout the weekend. Breakout topics including the following: “Gathering of Students from Around the Globe;” “A Biblical View of LGBTQ+ & God’s Divine Intent;” and “Called to Go.” Other event happenings included fellowship time, meals and recreation, such as volleyball and 3-on-3 basketball tournaments.

Scott Hume, BCM director at Southwestern Oklahoma State University, reported that one student needed to be saved. The young man said he “felt miserable (without the Lord),” shared Hume. “He blurted out ‘I need to be saved.  I’m tired of pretending.’  So yesterday a new life was born from the Falls Creek Spring Retreat!”

“Rivers did not just put on a concert,” Jones added. “They led us in times of powerful worship to the King. In the Sunday morning service, Grant charged us to commit to community, prayer, and to personal time in the Word. It was excellent.”

“I’m at Falls Creek with hundreds of college students,” Ligon said. “The future may not be as bleak as it sometimes feels. These young men and women love Jesus and aren’t afraid to show it. It is incredible to be around them.”

As the Lord continues to move among young people in Oklahoma through events like Spring Retreat, the Gospel will continue to advance even further here and around the world.