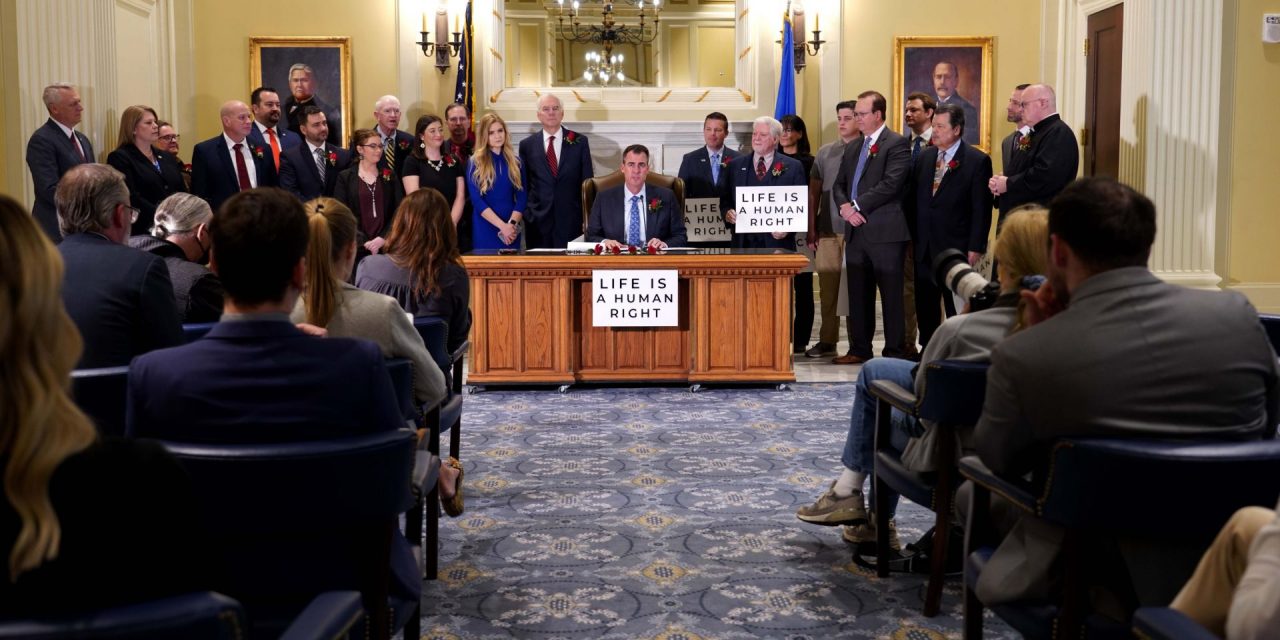 Today, Oklahoma Gov. Kevin Stitt signed Senate Bill 612, a bill that would make performing an abortion a felony, punishable by up to 10 years in prison and a $100,000 fine.

“As Governor, I promised to sign every piece of pro-life legislation that hit my desk. Today I kept that promise by signing SB 612 into law, once again showing the world that Oklahoma is the most pro-life state in the country,” Stitt said.

The bill’s signing gained news media attention across the state and nation and has come under criticism from pro-abortion individuals and groups.

On April 6, Vice President Kamala Harris said on Twitter, “Right now, reproductive rights are under attack in states across our nation. The Oklahoma legislature advanced a shameful bill that would prohibit almost all abortions if put into effect. If signed, this bill will only prevent women from getting the health care they need.”

Meanwhile, Todd Fisher, Oklahoma Baptists executive director-treasurer, said, “Oklahoma Baptists have worked and prayed to see an end to legalized abortion, and we are greatly encouraged to see efforts come together aimed at ending abortion in this state, so that every life is protected and valued. We will continue to seek to minister to women who find themselves in an unintended or crisis pregnancy by offering tangible help and pointing them to the hope found in Jesus.”