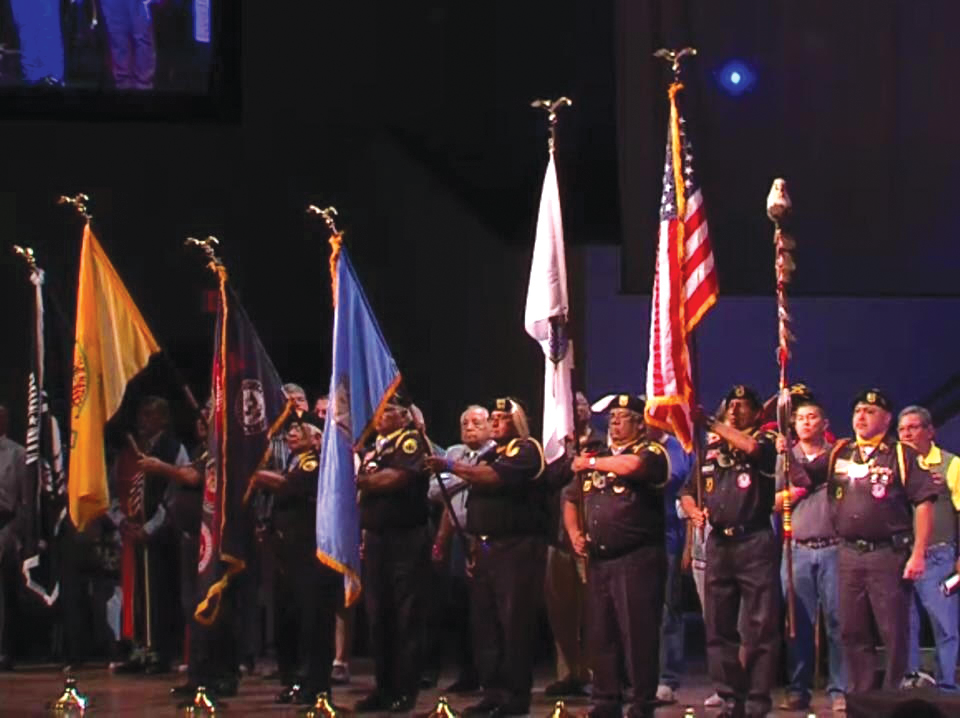 DAVIS—More than 3,000 people gathered at Falls Creek Baptist Conference Center on July 30-Aug. 3 for the 2017 Indian Falls Creek (IFC) camp, which was called “an amazing week for everyone who attended” by Victor Cope, executive director of the IFC board.

“IFC 2017 was the most publicized camp ever because email, IFC Facebook Page, Indian Falls Creek website, live streaming and a video 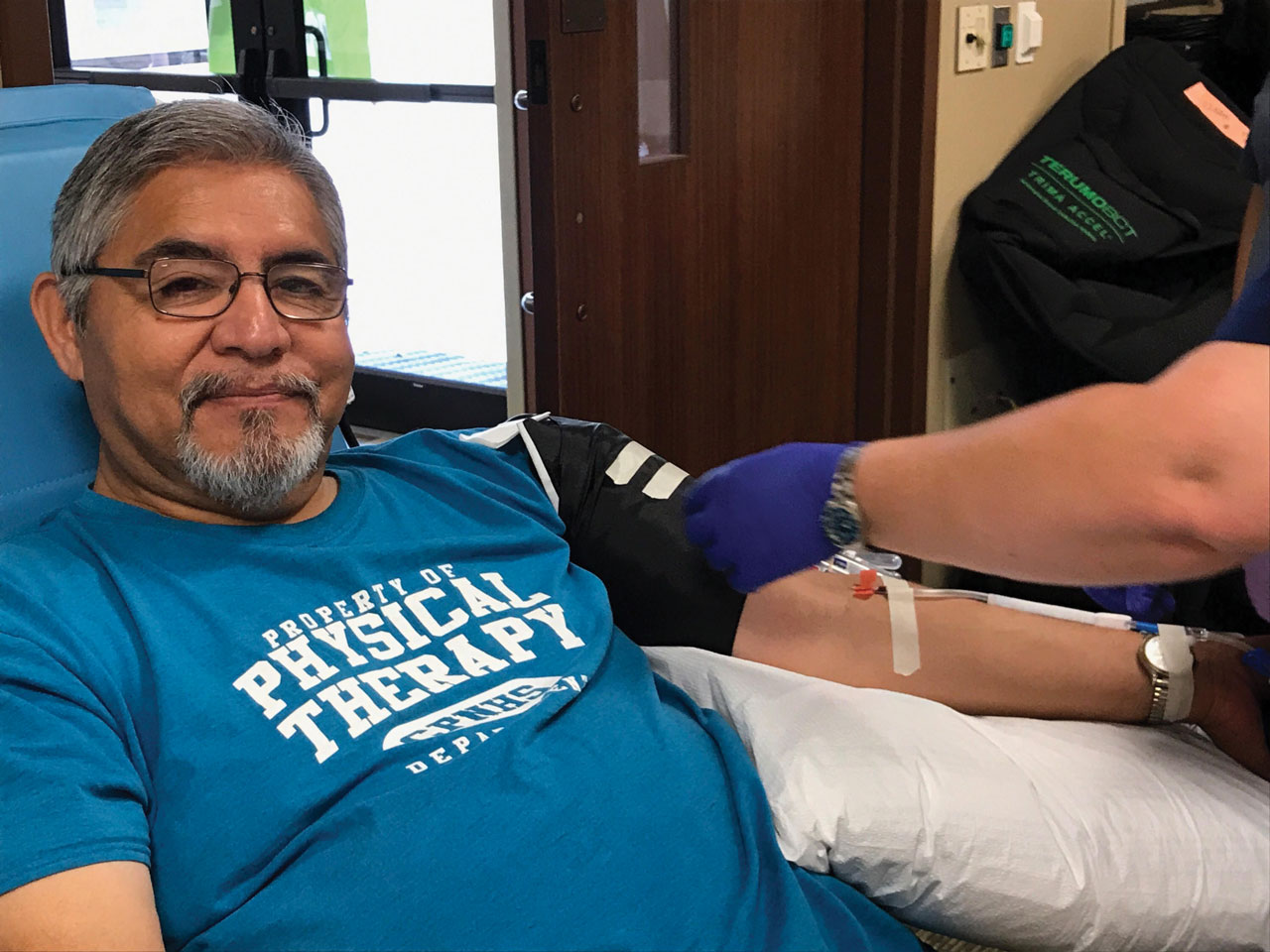 Victor Cope, executive director of the IFC board, donated blood during IFC.

showing what our camp is all about. Indian Falls Creek became the center of our Native American Universe for one week,” said Cope.

The 2017 camp marked the 70th anniversary of IFC, and special observances of the occasion were an integral part of the week.

“We celebrated our 70th anniversary throughout the week,” Cope said. “From the 70 ladies signing the Lord’s Prayer in Indian Sign Language and in full regalia, to the choir having 70-plus people on the music team, there were special moments throughout.”

Cope also mentioned that numerous historic personalities unique to IFC were remembered throughout the week, with the family members of those people being honored. Then a special reception with memorabilia was held on Aug. 2, which “highlighted our 70 years as a camp. It was good to remember those who paved the way for Indian Falls Creek.”

Ben Little, who serves as Baptist General Convention of Oklahoma Native American Strategist, testified to the impact of IFC. “I had the privilege to moderate one of our evening worship services,” he said.

A highlight for Little at the service was introducing Helen Patterson who started attending IFC in 1956 with her husband, Lester. They served in various capacities as cafeteria manager and later gate manager.

“I was saved as a boy attending their church, McLoud, Cooper Memorial, where (Lester) Patterson served as pastor,” Little said.

At 100 years old, Helen Patterson “still faithfully serves as the missions leader and organist at Sallateeska, and she was the eldest camper at IFC,” added Little.

The camp pastor for 2017 IFC was Mike Keahbone, pastor of Oklahoma City, Cherokee Hills.  “Mike did an excellent job. I have never heard our people laugh and cry so much as God used this young man to touch the hearts of our Indian people,” Little said. “Mike told me this has been a dream to preach at IFC and to his people.”

IFC offered numerous Bible teaching times, as well as camp favorite activities and recreation. One of the most anticipated elements of IFC is the blood drive/bone marrow donation emphasis. Cope challenged participants saying, “If our campers give 100 units I will get my hair buzzed during the evening worship service (on Aug. 2).”

That same night, Cope got his hair “buzzed” in front of campers, as there were 125 units of blood donated, and 10 people took part in the National Bone Marrow Registry.

Beyond blood donations, baptisms took place at IFC 2017. “IFC baptized in the Creek again! Churches gathered together and rejoiced as 10 or more new believers followed the Lord in baptism,” Cope said.

During one evening worship service, there was special recognition of military veterans. “Veterans Recognition was a first at IFC and it was well attended. The veterans were very appreciative,” saCope said.

In total, there were 128 professions of faith, 118 rededications, 31 called to ministry and 41 assurances of salvation. In addition, there were 76 who asked for special prayer.

Cope believes that the success of the 2017 IFC will have an impact for years to come.