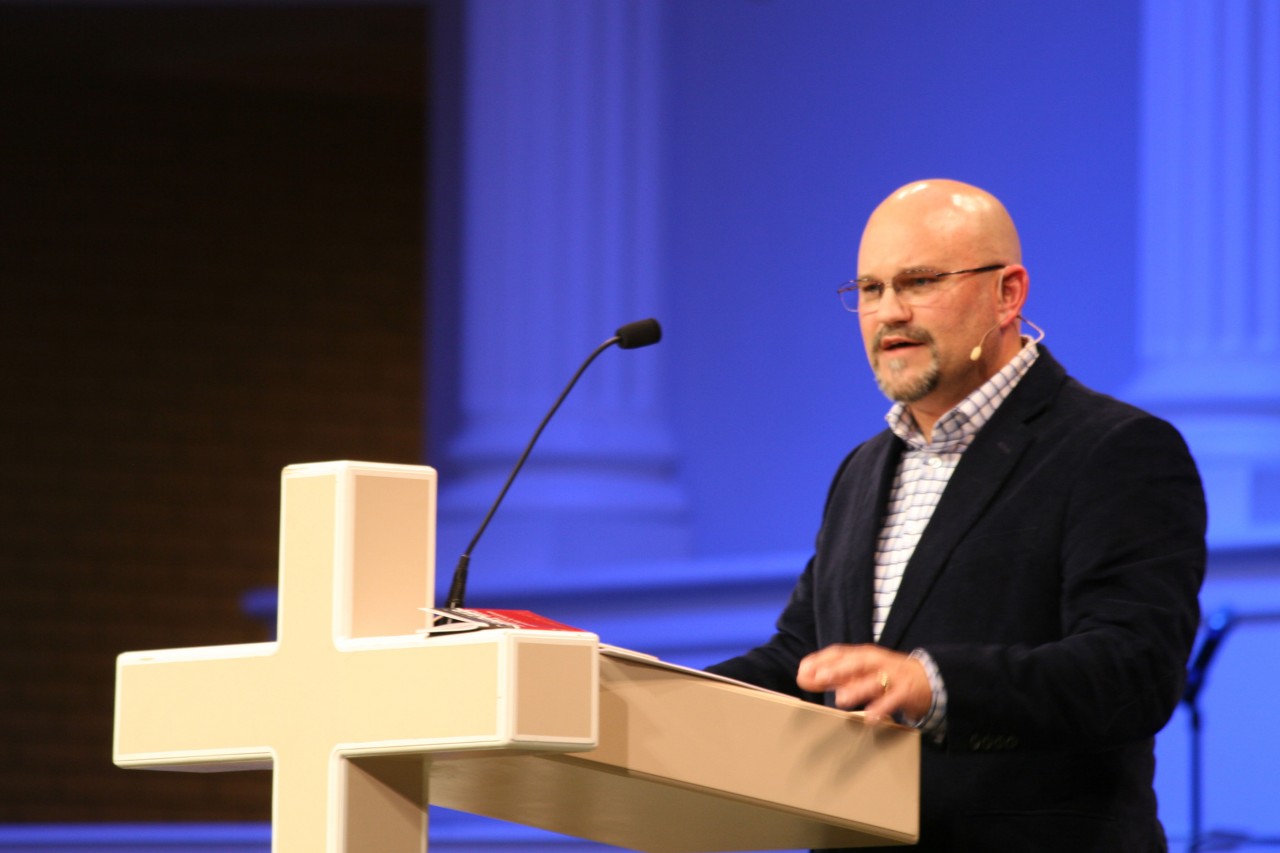 Women’s and Missions Celebrations took place prior to the opening session of the 2016 Baptist General Convention of Oklahoma (BGCO) Annual Meeting at Oklahoma City, Quail Springs. 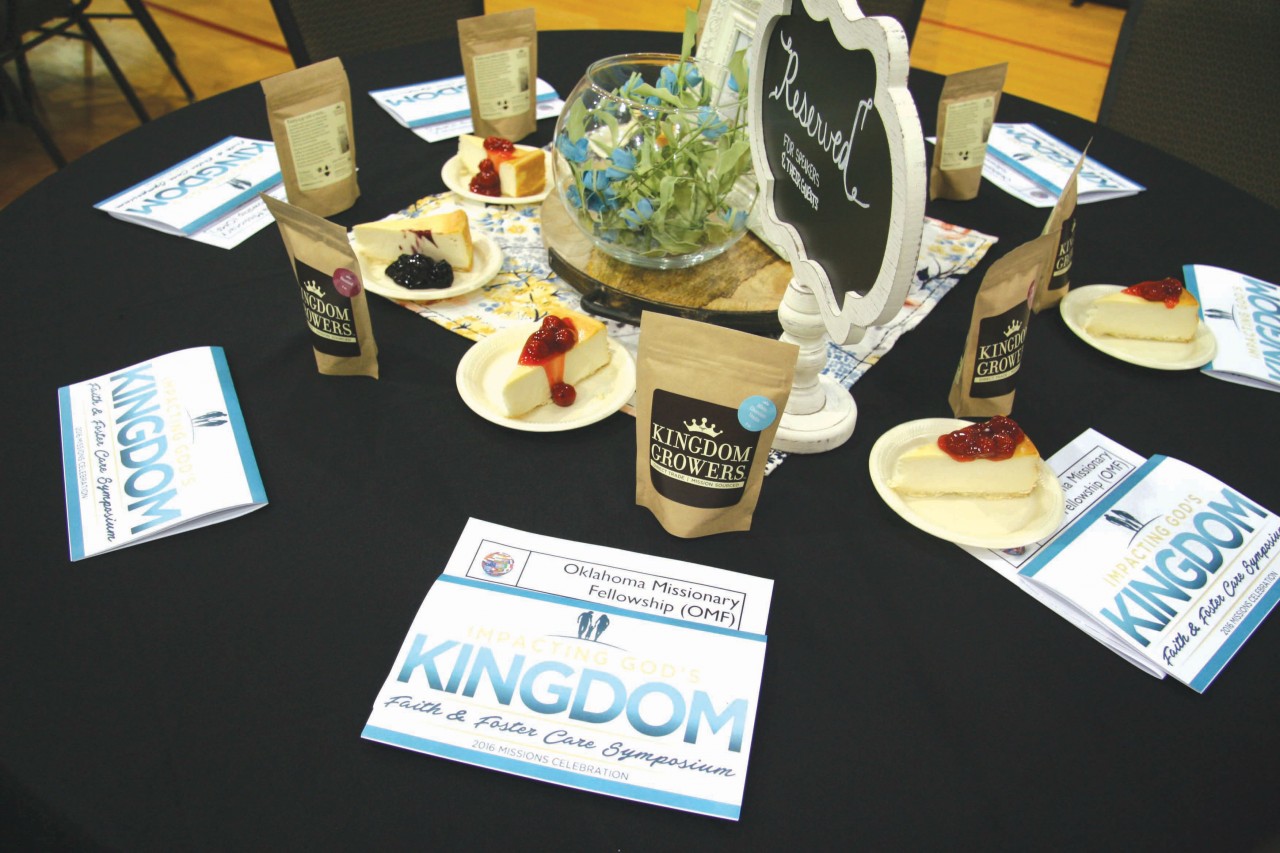 Baptists welcomed home those who have spent a great deal of their earthly lives on international mission fields at the Missionary Appreciation Dinner while the Women’s Ministry focused on orphans in our country and communities needing the Lord’s love in their lives.

The Oklahoma Baptist Children’s Choir opened the Women’s and Missions celebration service by lifting their voices in praise under the direction of Wynn Anne Hook and Bill Ballinger.

James Hunt then took the stage as the event’s featured speaker with a focus on foster care.

Hunt, pastor of Guthrie, First Southern, spoke of his childhood as his father struggled with a mental illness and how it affected his life. He then brought attention to orphans and spiritual orphans referencing Psalm 68:5, “Father to the fatherless and protector of widows is God in his holy habitation.”

Hunt discussed how the Lord called him and his wife to open their hearts to orphans in Oklahoma, “We have experienced the compassion of God as we opened our home to children not born in my wives womb, but in our hearts.”

Today, Hunt and his wife have adopted four children through the Oklahoma Department of Human Services.

“When you enter into the agreement to go from fostering to adoption, you’re entering into their dark experience of pain. You’re picking up their cross, and you’re going to feel the darkness and get burned,” he said.

Missionaries from the west coast of Africa, to eastern Europe, southern and central American and island countries in-between gathered together around the dinner table as each shared where they have served and for how long.

Most have been in their fields for more than 30 years until recently when the Lord called them back to the United States. 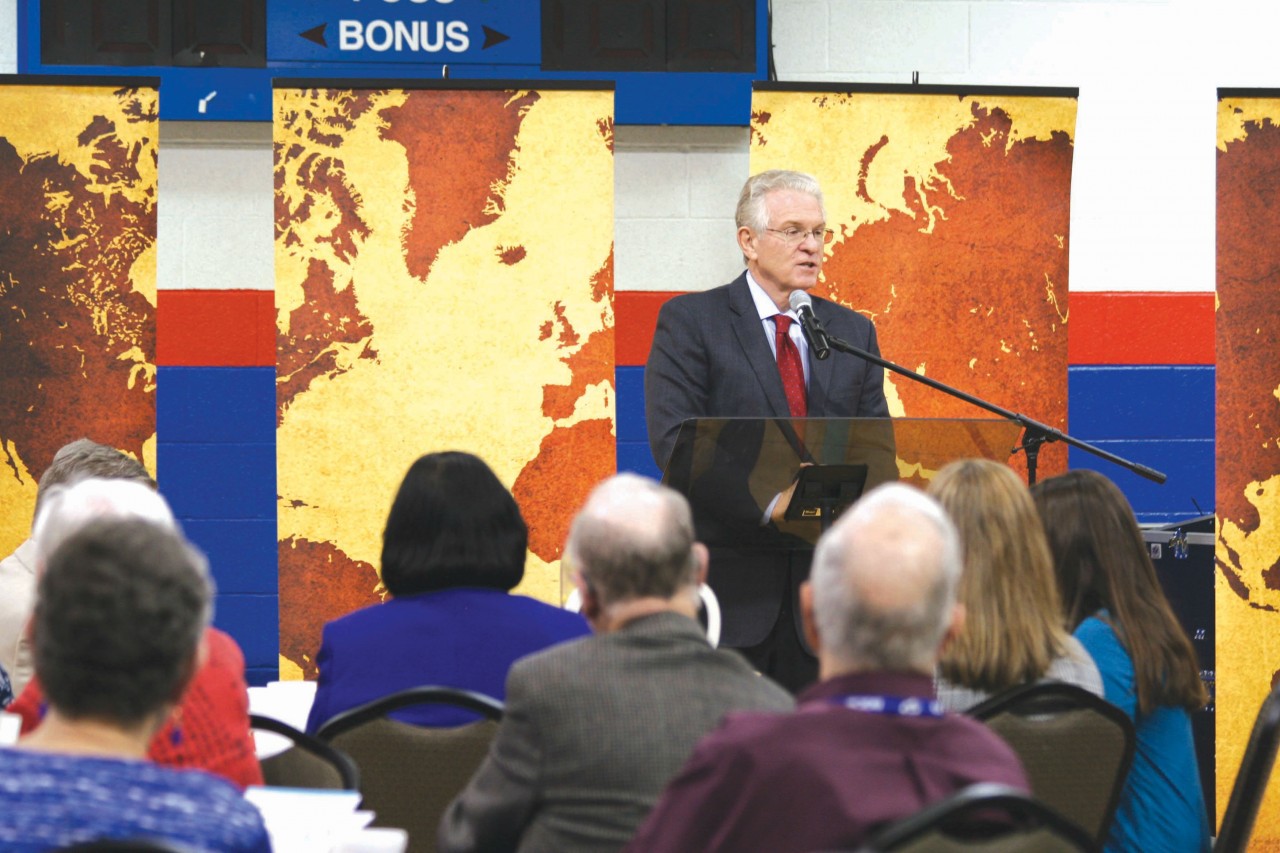 Executive Director-Treasurer of the BGCO, Anthony Jordan said, “We’ve never had this many missionaries here at the same time in America before. God is planning a revival in our country.”