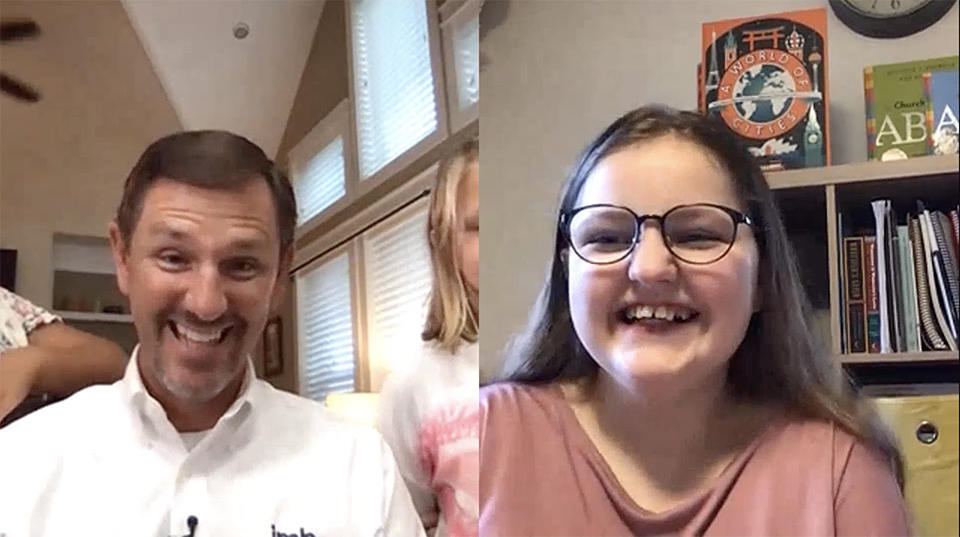 EAST ASIA (BP)—Abby Cavanaugh* had grown up hearing the story of how Jesus multiplied a little boy’s lunch to feed a whole crowd. But on Sept. 15, she got a whole new look at how He can take small gifts and make them grow.

In May, she gave all of her hard-earned vacation money – $32.20 – to the International Mission Board because she felt like that’s what God wanted her to do.

“I was just saving up my money because we were supposed to go on vacation,” said Abby, whose family serves with the International Mission Board (IMB) in East Asia.

But COVID-19 canceled her beach trip – and pushed the IMB to pay for the unexpected relocation of many of its personnel. Suddenly the missions-sending organization had an estimated $4 million shortfall.

She knew it wasn’t much, but she also knew she was supposed to give the money she’d earned through babysitting her brother, cooking and doing other chores around the house. It was earmarked for a beach towel or a t-shirt, but she realized it had a higher purpose.

Her parents jumped on board—they each matched her gift, then challenged friends on social media to join in and give $32. They watched the numbers tick up as people responded, saying they were touched by Abby’s “sweet and tender spirit.” People gave, and their children gave too, giving away their birthday money and in some cases even asking for more chores.

On Sept. 15, IMB President Paul Chitwood along with his daughters Cai and Lilly gave Abby some surprising news through a video call – Abby’s Challenge had snowballed until 155 people had given a total of more than $13,000.

Chitwood said the best news of all is that the impact of her generosity isn’t over. Gifts are still coming in, and the IMB is extending Abby’s Challenge, setting a goal of $50,000.

Not only that, but many who have responded to the challenge are first-time givers to the IMB.

“They heard your story, and it inspired them, and they decided they wanted to be a part of what God is doing,” Chitwood told Abby.

He asked the 11-year-old what advice she had for someone who might think his or her gift is too small to make a difference. She had a ready answer.

“Even if what you have to give is just really small, all you have to do is give it to Jesus,” Abby said. “It’s not your job to make it into a whole bunch of money… It’s just your job to give.”

Chitwood said the Gospel is being advanced because of the way Abby has lived her own advice.

“We see now how He’s multiplying it,” he said of her willingness to give what she had. “It’s a beautiful thing, and we know that people around the world will hear the Gospel because of the generosity of Abby and those who have given to the Abby Challenge.”

Abby said she was shocked that they even got their original goal of 100 givers. It was a number her mom suggested, and to Abby, it seemed huge.

“That just seemed so impossible, because I don’t even know 100 people,” she said.

Her dad encouraged her just to be faithful and leave the rest to God. The whole situation, he said, has been a “faith-building exercise for our whole family.”

Abby said it continues to remind her of the story of how Jesus fed the 5,000.

“It showed me that even if what we have is really, really small, we can just give it to Jesus and let Him do the rest,” she said.

You can give toward the $50,000 Abby’s Challenge goal at imb.org/abbyschallenge. Choose to give your gift to the Lottie Moon Christmas Offering or another designation, and your generosity will be added to the Abby’s Challenge total.

Grace Thornton is correspondent for the Southern Baptist TEXAN

View all posts by Grace Thornton