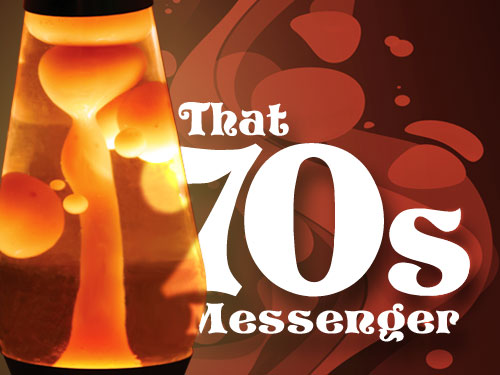 The first issue of the Baptist Messenger in the decade of the 1970s rolled off the presses with the first name plate change in 20 years.

Editor Jack Gritz wrote prophetic words in the first editorial of the decade when he predicted the next 10 years would be a time of challenge and change. Before the decade ended, Southern Baptists would begin a slow process of conservative resurgence, and Gritz would find he no longer had a job.

Interesting editorials during the 1970s included one on the ministry of cassette tapes.

“An interesting and exciting development in recent years in the field of tape recordings is the arrival of the cassette,” wrote Gritz. “These small recorders, which also play tapes with remarkable clarity are comparatively inexpensive. The tapes in their little cases are easily placed in the machine and removed—there is no complicated threading procedure—and they can be handily carried or mailed. The possibilities for use seem almost unlimited.”

The Southern Baptist Convention was still debating over a name change. In a Feb. 6, 1975 editorial, Gritz wrote: “It is obvious to this writer and has been for many years (see Messenger for March 10, 1955) that we need to change the name. We now have churches in all 52 (sic) states. The name ‘Southern’ is simply a misnomer. It makes it more difficult to reach unsaved people in the North who seem unable to forget slavery and the Civil War. It has no doctrinal or theological significance whatsoever.”

You know the editor was living in the 1970s when he published the Social Security numbers of him, his wife and son, automobile number, Annuity Board number, life, accident, disability and medical insurance numbers, Visa credit card number and International Air Travel Card number; also his height, weight, blood pressure and prescription number. The purpose of the editorial was to point out how well God knows each of us, with the very hairs on our heads numbered.

Subscription price for the Messenger was raised to $2.50 per year in 1970. On the 60th anniversary of the publication in 1972, circulation had exceeded the 85,000 mark. A special anniversary edition was published Aug. 10, 1972, and told the history of the Messenger in 14 pages of pictures by decades.

By 1974, subscriptions for individuals was raised to $3, and subscription price for “Every Family Church Budget” plan was 5 cents per copy. By 1975, you could purchase “The Best of the Baptist Messenger” for the blind on monthly one-hour cassette tapes for $25 annually.

In a 1975 edition of the Messenger, it was argued that every church member should receive the Baptist Messenger. “At the rate of 5 cents per copy, this nominal price, which is slightly less than the actual cost of production, is based on the idea that every family will receive the publication. Sometimes those who want it the least need it the most. It is worth a nickel each week for the church to remind each family or member that the church loves them and cares for them. A few may throw it away, but the church provides the publication to the members without charge just as it provides them with Sunday School quarterlies and their literature without personal charge.”

In 1978, subscription costs increased to $4 per year and 7 cents per copy for every church budget plan.

A new Goss Community Offset Press was purchased in 1979, replacing a Miller flatbed letter press, and was installed in the basement of the Baptist Building. The new press produced some 93,000 copies of the Messenger.

By Sept. 13, 1979, circulation was 94,043 with 1,133 churches with the state paper in their budgets. With complimentary copies sent to foreign missionaries from Oklahoma, home missionaries, ministerial and other religious vocational career students at OBU and to students from Oklahoma at the six Southern Baptist seminaries, the Baptist Messenger reached all 50 states and 39 foreign countries.

The budget was $600,000, which came from subscriptions, advertising, special church editions, printing books for the denomination and Cooperative Program funds. Five persons were employed in the editorial office, and nine in the printing plant. Maintenance of the mailing list by computer and the actual mailing were done by a commercial firm. The seven or more freight-car loads of paper used cost about $125,000. Postage for mailing the publication was more than $75,000. The new high speed, rotary, web, offset press with custom designed and built attachments, printing from rolls of paper, could produce two finished magazines per second.

The BGCO board of directors granted Gritz a three-month leave of absence in April 1975. He had been plagued with a recurring illness. During this period, Bob Mathews and Fern Hurt, associate editors, continued to put out the Messenger, with Joe L. Ingram, BGCO executive director, in charge of the editorial page.

A small paragraph on the report of the September 1979 meeting of the BGCO board of directors read: “The retirement of Jack L. Gritz as editor of the Baptist Messenger, effective Sept. 11, was approved by the Board of Directors.”

Gritz, 63, who had just celebrated 30 years as editor, longest in the convention, responded that his health was good and he did not wish to take disability retirement. He admitted the termination took him by surprise and hurt him, adding “I have some good years left and hope to make them count for the Lord.”

The Nov. 1, 1979 edition announced the choice of Richard T. McCartney as the sixth editor of the Baptist Messenger. He assumed his duties on Dec. 1. In his first editorial, McCartney promised Oklahoma Baptists he would listen and be sensitive to their concerns, he would be accessible and would communicate with them concerning the issues and events which affect them.

The 1979 Southern Baptist Convention began a shift from a focus on evangelism and missions to biblical inerrancy. Alarm over “liberal” teaching in Southern Baptist seminaries prompted meetings in at least 15 states to encourage messengers to elect a president committed to biblical inerrancy at the SBC annual meeting in Houston. Adrian Rogers, pastor of Bellvue Church near Memphis, Tenn., who expressed a fear that liberalism was taking over Baptist colleges, universities and seminaries, was elected president.

That action would affect Baptist news journals, including the Messenger, in the 1980s and 1990s.