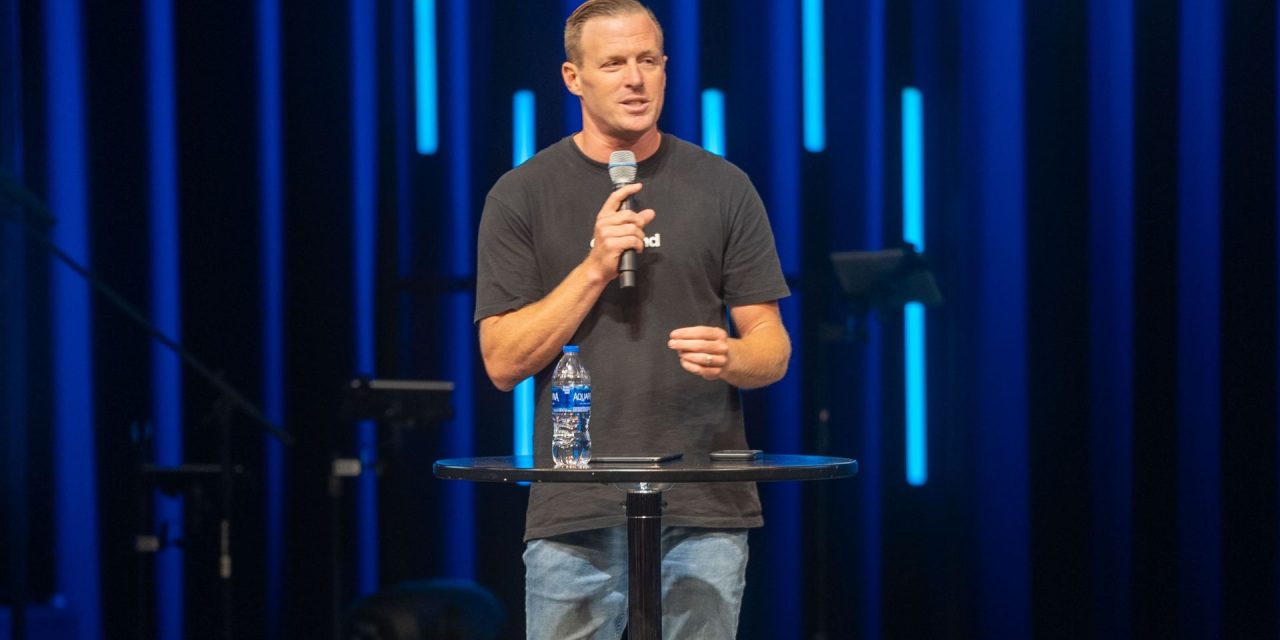 YUKON—Yukon, Trinity’s worship center was filled with college students and campus ministries alike from across Oklahoma Sept. 9. Nearly 1,000 college students attended this night of worship and teaching is known as Momentum, a collegiate ministry event hosted by Oklahoma Baptists. 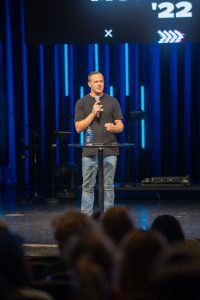 Paul Worchester challenged college students to be faithful in their Christian walk in spite of challenging circumstances.

Momentum is broken up into two segments, the first being a worship service led by Cody Dunbar, worship pastor at Yukon, Trinity. Following up the incredible worship was Paul Worchester, the director of collegiate evangelism for the North American Mission Board, who spoke to students on God’s plan for their lives.

Worchester’ message emphasized the difficulty of the Christian life, telling students how they can’t do it all on their own. He mentioned several Bible passages, but one of the ones that stood out the most was Eph. 1:19-23—“And His incomparably great power for us who believe. That power is the same as the mighty strength He exerted when He raised Christ from the dead and seated Him at His Right Hand in the heavenly realms, far above all rule and authority, power and dominion, and every name that is invoked, not only in the present age but also in the one to come. And God placed all things under His feet and appointed Him to be head over everything for the church, which is His body, the fullness of Him who fills everything in every way.” 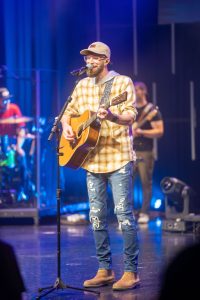 After Worchester read this passage he said, “Last I checked that was more than enough to conquer your addictions, anxiety and darkest places.”

He then asked everyone to watch a video about a Russian man who was arrested for preaching the Gospel to his family and neighbors. The government and prison guards did everything thing they could to break him, but the man stayed faithful to the Lord. Every day he would wake up and sing praises to God.

The video concluded with the man being sent to his death, and on his way the whole prison broke out in praises to the Lord. Following the video presentation, Worchester emphasized the importance of the Holy Spirit guiding Christian students today.

The first service was concluded, and the packed worship center turned empty as students went to the youth room and foyer to eat free Chick-Fil-A. During this break, students connected with friends from different campuses, ate great food, visited with different vendors and more.

The last session of the night began with an acoustic worship set. Singers and players were set up all around the room while the spotlight was center stage on the cross. Towards the end of the service Worchester offered an alter call where numerous students gave their life to ministry or professed their faith in Jesus Christ.

Steven Jackson is a web designer for Oklahoma Baptists.

View all posts by Steven Jackson