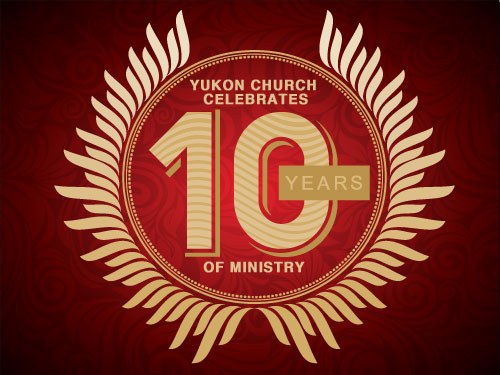 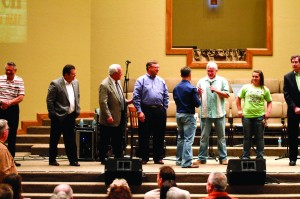 >> Special to the Baptist Messenger

YUKON—Yukon Church celebrated more than 10 years of ministry April 7 with the families and friends of supporting churches as they enjoyed a hot dog supper and a concert by The Ball Brothers.

Yukon Church was born through the cooperative efforts of churches and people across the state of Oklahoma.  Cooperation was in the DNA of the new work from the beginning and continues to be demonstrated in the life of the church. The story begins like this…

As God led, Oklahoma church planting strategist Jim Brunk contacted area pastors and churches to invite them to pray about joining together to start a new church in the Yukon area, which, in 2000, had one Southern Baptist church for every 10,000 people or so.  Central Association Director of Missions Don Ritchie became very interested and, soon, a cluster group was formed.

In addition to Ritchie, the Cluster Team included:

These churches of Central and Grady Associations began to cooperate together through prayer and financial support to lay the foundation for the new work. North American Mission Board and Edna McMillan State Mission Offerings also played a supportive role.

The Cluster Group selected Chennault, Lynch, Scott, Myers and Richie to begin the search for a pastor/church planter. Because of its proximity, it was decided that El Reno, First would serve as the “mother church.”

In July 2002, Keith Henson and his family moved to Yukon to begin the new work,  and the leadership team was developed. In the Spring of 2003 Griffin Smith began serving with the students and Christopher Smith joined the team as teaching pastor. God has blessed as the leadership team has cooperated together for more than 10 years now.

The Lord provided people within the community of Yukon and surrounding area to lend support in various key capacities. A temporary meeting place was secured, and was “temporary” for more than 6 years.

With the encouragement of the Cluster Team, Yukon Church purchased 20 acres for future development. After the land debt was retired, development began. Baptist builders from across the state came to help frame the 24,000-square-foot building, which the congregation moved into in March 2009.

Yukon Church continues to cooperate in the sharing of the Gospel and ministry through supporting the local ministries of Compassionate Hands, Mobile Meals, Manna Pantry and Habitat for Humanity. Yukon Church also supports the Cooperative Program, Associational Missions, Special Missions Offerings and new church plants. To God be the glory for using so many to accomplish so much!