YEC at the Creek: student event experiences change of venue, time, and format 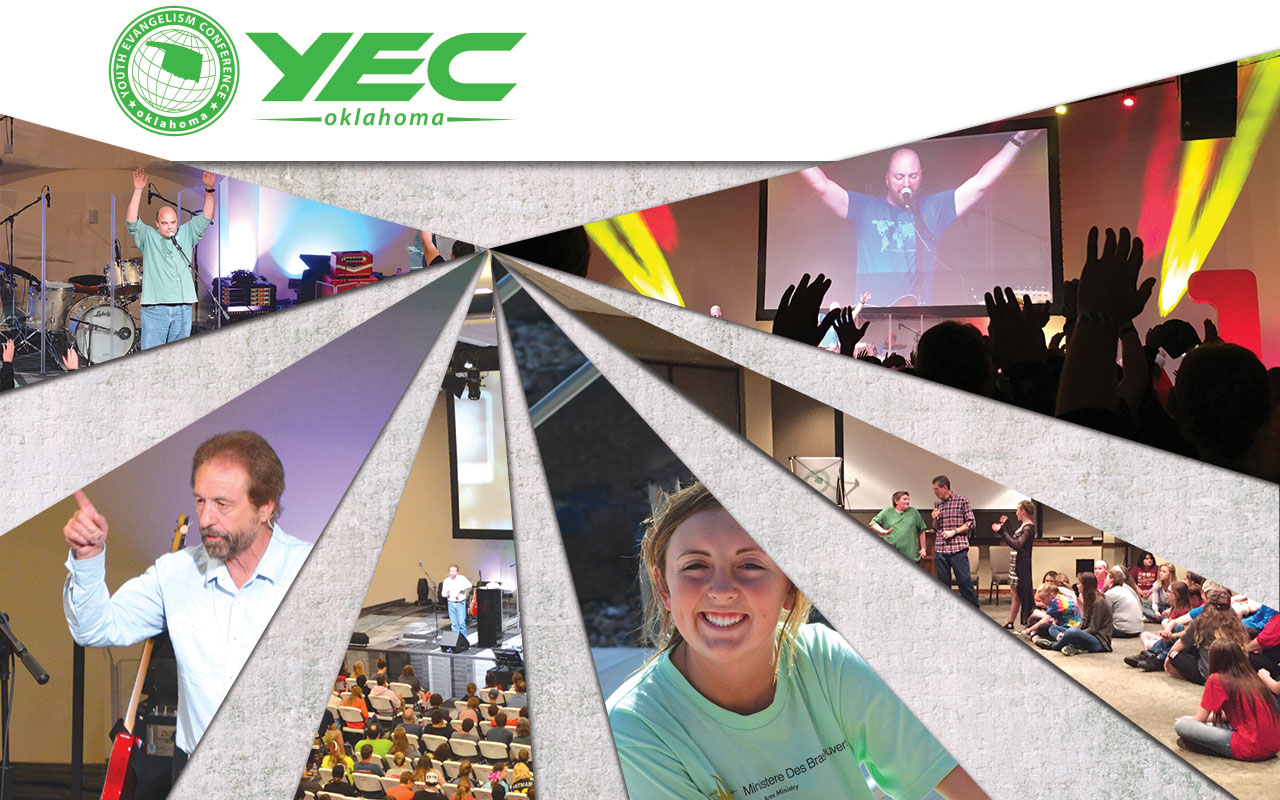 “The interesting thing is, YEC has shifted in three ways this year—different time of year, new location and we restructured the format of YEC,” said Nick Atyia who currently is serving as pastor at Seminole, First but just completed his role as student missions and evangelism specialist at the Baptist General Convention of Oklahoma (BGCO). “We can see the great benefits of the fruit going to an equipping event by having all the different breakout leaders, bringing people who have a wealth of experience in personal evangelism like (this year’s general session speakers) Ray Comfort and Emeal Zwayne.”

Atyia was responsible for organizing this year’s YEC and was the speaker at the final general session of YEC. His message focused on two points: “What our mission is, and what our message is.”

“We are called to get into a fight to win souls,” said Atyia. “The Apostle Paul charged Timothy to engage in that fight, and the fight is that we are evangelists, and we are believers in Christ. We have a message, and we have a mission, and it’s time to get in the fight.”

Regarding the new format of YEC, Atyia said the event was presented differently, as far as not meeting at a church facility with an emphasis of just a general session structure that had keynote speakers and multiple Christian bands. The Jared Wood Band did lead the general sessions in worship and praise.

“With the development of the buildings at Falls Creek, this has allowed us to have a platform to execute an actual conference,” Atyia said. “We can see the fruit of YEC being here for years down the road. There’s only a bright future for YEC by having it here at the conference centers.”

Students at YEC had multiple breakout options. Comfort, Zwayne and Atyia each led breakout sessions. Students also chose from sessions with such titles as “Sharing the Gospel from Take Off to Touch Down Dare2Share Style,” “The Artist World: Using Creative Influence,” “Tag You’re It”—using tag games that teach the necessity of sharing the Gospel and the challenges of being on mission, “Dangerous Prayers,” “Apologetics and Evangelism” and “Campus Ministry.”

“Students are getting a lot of different angles on ways to use the gifts God has given them to engage in personal evangelism,” said Atyia. “It was great to see all the breakout rooms full. Students have been engaged on being equipped for evangelism.”

Andy Harrison, Falls Creek Program Director and BGCO student ministry specialist, also was encouraged with the results of the breakout sessions and what different church student leaders shared with him.

“The feedback I heard from multiple reports is they loved that format of equipping students, and the choices they were given on the breakouts seemed to meet the need of what they wanted for their students,” said Harrison. “We had great attendance at every one of the breakouts. There were all forms and ways of sharing your faith, so students came away equipped and motivated to do evangelism.”

The YEC was the final event for Atyia in his role with the BGCO, but as pastor, he had the double benefit of two roles at YEC this year.

“My church is here,” Atyia said at YEC’s conclusion. “To be able to come along side our student minister and be engaged in a conference like this, being on the leadership side of it but also being with my church, is an extra blessing for me as a pastor to know and to see that when students come to YEC they are not just coming to an event. They are coming to get equipped, and that’s something that gives me a lot of satisfaction as a pastor.”

But Atyia is excited about the future of YEC at Falls Creek.

“The more YEC develops into this new conference atmosphere that more churches will see the need to bring students (to YEC) for the purpose of being equipped,” Aytia said. “In the years to come, we will see the ripple effects of students, year-in and year-out, having opportunities to come get equipped, and that will have an impact in our local churches first and then in our communities. So if we can build on what we are doing here year after year, equipping students in personal evangelism, hopefully we can look back in 10 years and say ‘Wow! Look at the impact that it has made!’”

Harrison also is encouraged with YEC’s new format and venue location. He also was pleased with how well the Mathena Event Center and the other new facilities at Falls Creek enhanced the conference.

“What we did is planted the seeds of a reimaging of YEC, and now we plan to watch it grow,” said Harrison who believes YEC’s new structure will have a more practical result. “I believe an event that was almost a ‘concert feel’ with almost 12,000 people may be more effective at 3-4,000 students if every single one of those students come out fully equipped to share the Gospel.”

Harrison said the new format should draw more interest from other church groups in the future. “I would love to see (the attendance) double almost in the second year,” he said. “If we get the word out early enough and we get more of the feedback out so others could hear it, they will want to participate.”

The concern of the spiritual condition of young people is a major emphasis for having YEC each year, and Harrison believes, with Falls Creek being the venue for future YECs, this should have a positive impact.

“We have 70 percent of 12-18 year-old students who are not in any church on any given Sunday,” Harrison said about young people in Oklahoma. “We have a lot of work to do in reaching students for the Gospel.”