Minutes later, the church tweeted to Judge, a candidate for both the American League Most Valuable Player and Rookie of the Year awards, “Our church is more welcoming and forgiving than our sign.”

The sign—and numerous other connections between First Baptist and the Astros—was on display again as Houston battled the Los Angeles Dodgers in this year’s World Series. The Fall Classic was a welcome experience in a city still recovering from Hurricane Harvey.

Last season, Houston, First’s contemporary worship team sang the national anthem at an Astros game. Over the years, Astros have been church members, with at least one or two receiving baptism, Houston, First’s director of communications Steven Murray told Baptist Press. Additionally, there have been “First Baptist nights” at Minute Maid Park, and Pastor Gregg Matte has thrown out the first pitch before a home game.

Matte will be one of the lead speakers at the 2018 Oklahoma State Evangelism Conference, Jan. 29-30, at Oklahoma City, Southern Hills. For more information visit sec.okbaptist.com.

Amid Houston’s World Series run, an increasing number of baseball fans are noting Houston, First’s connection with the Astros. 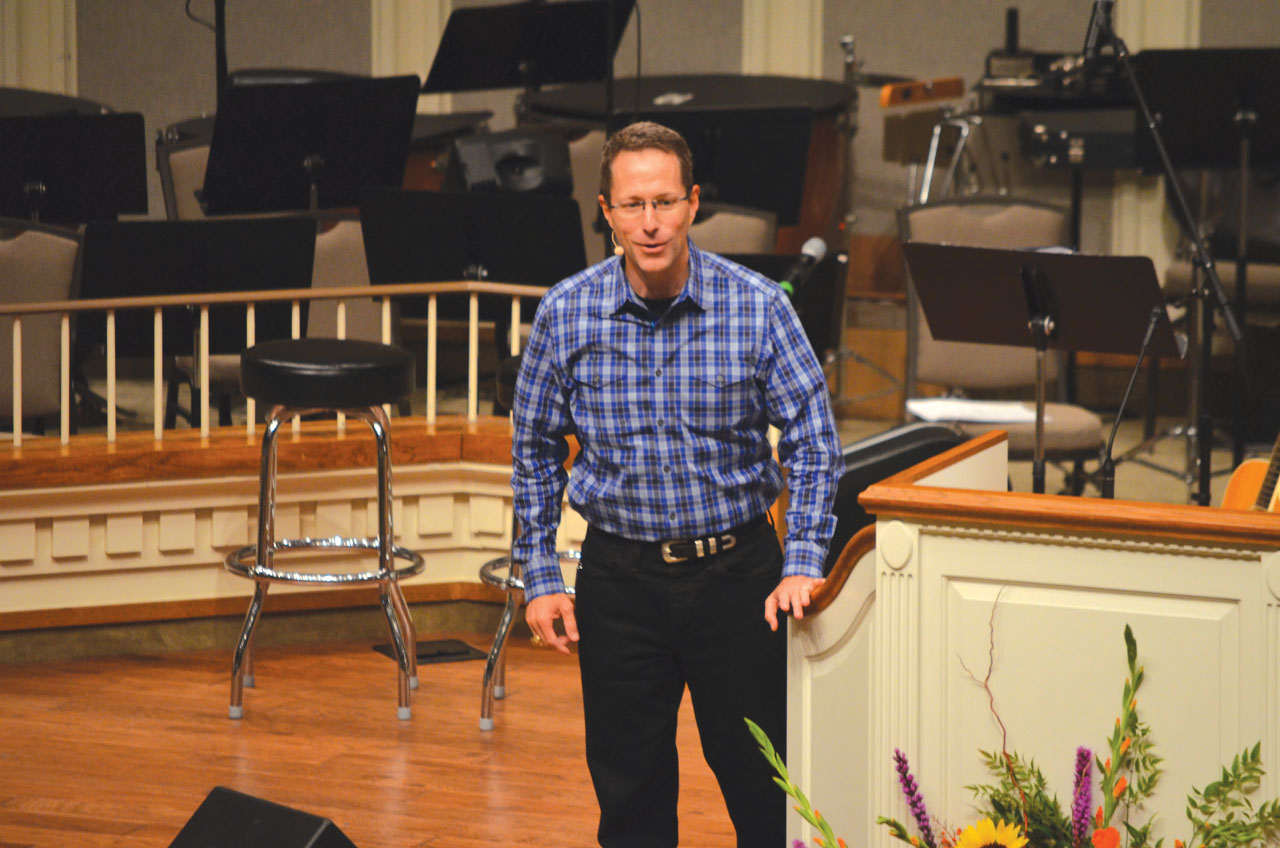 Murray said “the spiritual value” of supporting the Astros “is being present in a secular space, where people might think … the church is some archaic building that’s only relevant on Sunday, if that. This is saying: No. We’re a member of the community. We’re a part of what’s going on in Houston.”

The outfield sign materialized in March, when another sponsor backed out of the opportunity, and the Astros asked Houston, First to consider a sign in right field. The funds were available, Murray said, “because of the ongoing generosity of our church family.”

Throughout the season, members and nonmembers alike have tweeted photos of the sign. “People are noticing,” Murray said.

Alaniz is completing his second season as an Astros chaplain. His wife Josie Ban-Alaniz is in her first season as chaplain for the wives of English- and Spanish-speaking players and coaches.

In ministering to players, Alaniz said, the key is “keeping (Christ) the focus the whole time and making sure you don’t get into conversations that are going to not have them fix their eyes on Jesus.”

Of the 25 players on Houston’s postseason roster, Alaniz said, nearly half are native Spanish speakers. During the season, he has held chapel services before Sunday home games and made himself available for pastoral counseling and prayer throughout the week. His chaplain ministry, organized through Baseball Chapel, also includes visiting teams and umpires.

Murray said Houston, First “is just glad to be a part of something that’s so exciting going on in our city, especially after our city has been through so much in the last couple of months” with the destruction caused by Hurricane Harvey.