WORDSLINGERS REVIEW: ‘Dolittle’ is a charming animal-themed film with a good message 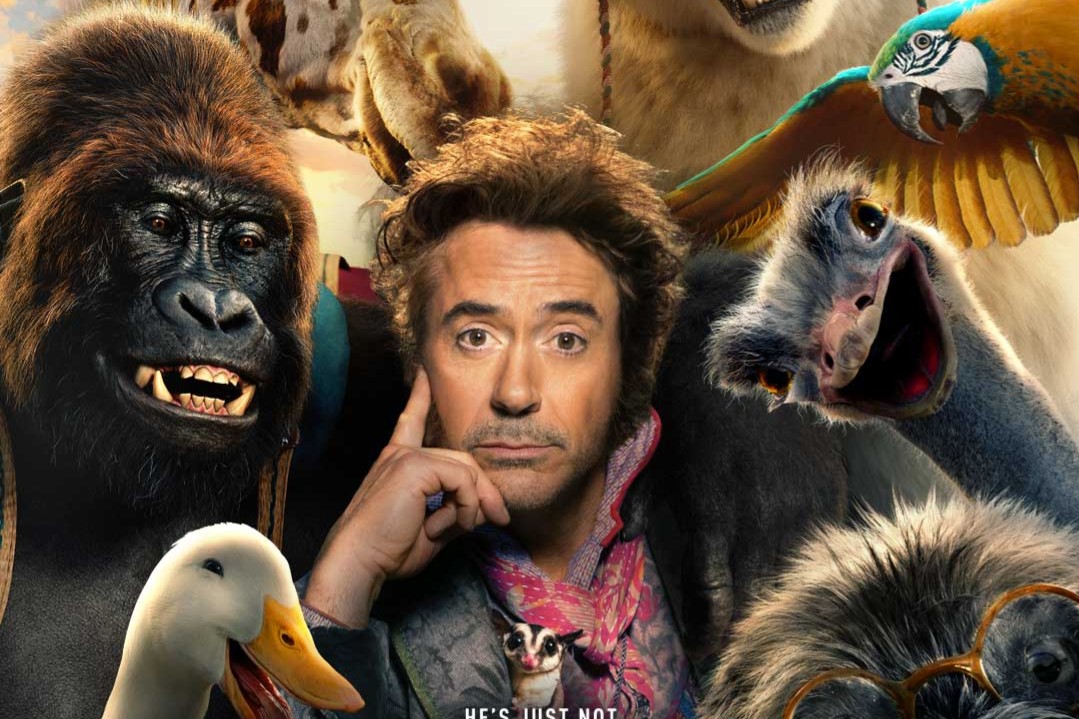 The family film ‘Dolittle’ opens in theaters this weekend, telling the story of a quirky doctor who talks to animals.

John Dolittle is a quirky-but-brilliant doctor who doesn’t like people—and who hides in his manor hoping never to see two-legged creatures again.

He prefers fury, four-legged friends. Like elephants. And giraffes. And bears. They never let him down. They talk to him. And—get this—he has the ability to understand them and talk back.

Still, Dr. Dolittle wasn’t always a recluse. Years ago, he was married to a famous explorer named Lily, who traveled the globe with him to save animals from mankind’s exploits.

They were a great team. Tragically, though, she died at sea during an expedition, and he was left a depressed widower, wondering what might have been.

He seems destined to die a hermit.

But then the queen of England summons him to her castle. She has fallen ill, and needs his medical expertise to find out what’s wrong.

Dolittle talks to her pet octopus, who tells him the queen has been poisoned.

Can Dr. Dolittle find a cure before she dies?

The movie is based on the character by author Hugh John Lofting, but it’s an entirely different story from the 1998 film starring Eddie Murphy. The newest film follows Dolittle as he journeys across the ocean in search of a mysterious island that is home to a plant (the Eden Tree) that can cure the queen.

Dolittle is a mostly family-friendly film that children will enjoy, even if most mainstream critics are bashing it. It even has a few good messages.

Minimal. The film opens with a scene of duck hunters; a squirrel is accidentally shot (It survives). A ship fires a cannon at another ship; it explodes but no one is hurt. Dolittle battles a tiger who wants to kill him. A member of the queen’s court wants her killed. The movie’s most disturbing moment involves a fire-breathing dragon (It’s implied the dragon eats/kills a bad guy, although we don’t see it). Eventually, though, Dolittle tames the dragon.

None. A girl kisses a boy on the cheek.

Minimal. A bad guy, toward the end of the film, says “d–n” and then “G-d” in quick succession. Another character says OMG (or oh my gosh). We also hear “doo doo,” “butt” and “lucky.”

A whale plays in the water, flipping his fin up and down. Another whale jokes that he’s “flipping” off the bad guy.

There is life after a tragedy: Dolittle became a recluse after his wife’s death, but then—thanks to friends and a few strangers—re-discovers purpose in life.

Helping others brings joy: Dolittle is given a task (saving the queen) and finds joy in the job. It’s the movie’s primary theme.

Dolittle is a movie about a lot of things.

On the one hand, it encourages us to take care of God’s creation—an idea that should be commended.

On the other hand, Dolittle himself implies that humans are the same as animals—an idea antithetical to Scripture. (“We’re all animals. … We just belong together,” he says.)

But if you can look past that one caveat—and it’s not hard when we’re laughing at his antics—then Dolittle has a few good messages.

“It’s only by helping others that we can truly help ourselves,” the narrator tells us.

I would place “glorifying God” at the top of the list, but helping others does, indeed, give us a sense or purpose in life. It’s as if God hardwired us to put others first. Of course, He did (Phil. 2:3).

Dolittle is a film that must be viewed through the eyes of a child. When the credits rolled, I asked my oldest children (ages 11 and 8) what they thought. They loved it. I enjoyed it, too.

Dolittle is rated PG for some action, rude humor and brief language.