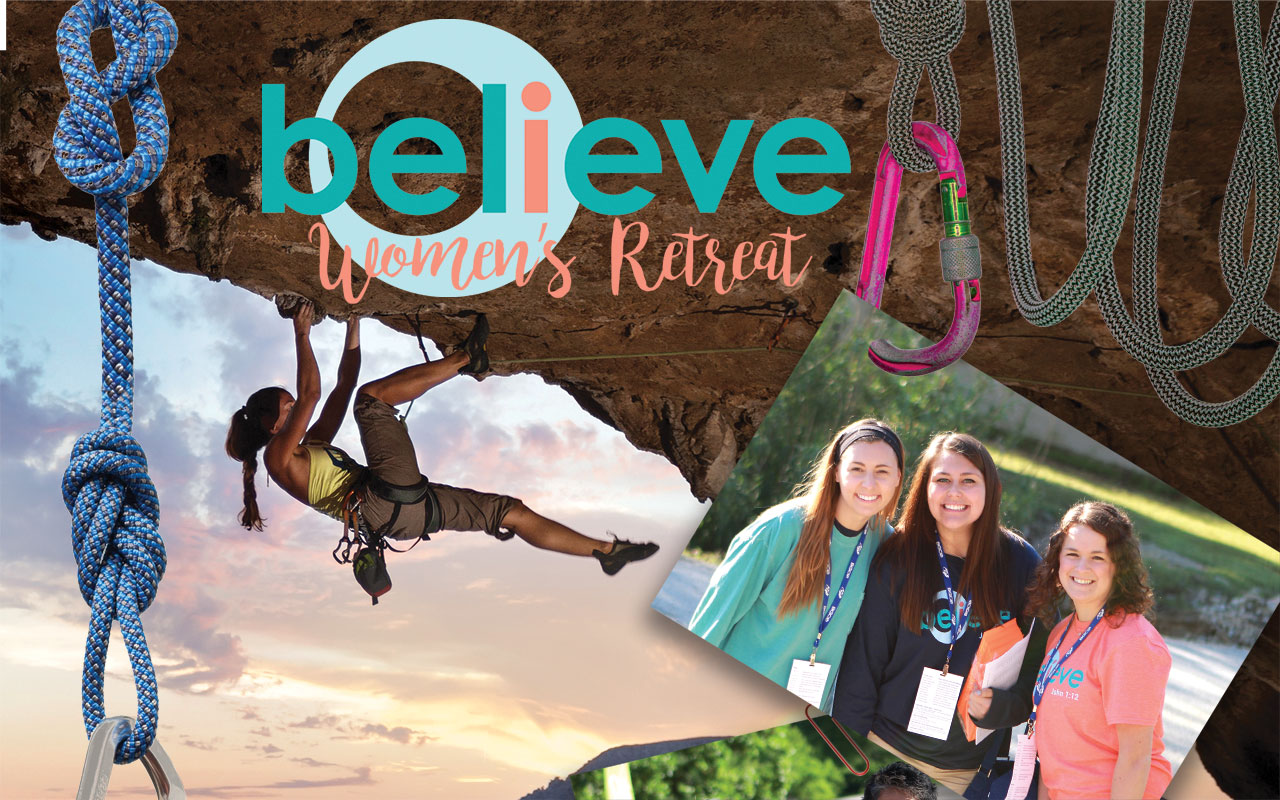 DAVIS—In April 2015, God placed a call to pray on the heart of Kelly King, Baptist General Convention of Oklahoma (BGCO) women’s ministry specialist. He called for her to pray for 3,000 women to attend the 2016 women’s retreat and hear the Gospel shared, for 50 new churches to be represented and for 100 women to come to know Christ.

On April 22-23 more than 3,100 women gathered at Falls Creek Baptist Conference Center, with 100-plus churches new to the retreat, answering the first two components to King’s prayer.

Women from five different states were asked to “believe” in the mighty power of Christ and take the next step in their journey. They joined together in worship, learned from incredible leaders, experienced new recreation activities and grew closer to the other women of their churches.

Participants had several breakout topics to choose from, including how not to be overwhelmed by commitments, believing God in the face of trials, temptations and persecutions, working through God’s calling on your life, how Christians respond to the accusation of intolerance and several more. Women also had the opportunity to prayer walk the grounds of Falls Creek.

Each year, the Women’s Retreat offers women the opportunity to make a difference and offer Gospel hope through the Friday evening offering. The goal for the project, in partnership with the International Mission Board (IMB), was to help Syrian refugees.

King recorded a conversation with “Christine” a few days before the retreat and asked how the women at the retreat could help. “Christine” and her family are missionaries working in the Middle East with Syrian refugees. She shared that many of the refugees fled with only the clothes on their backs and many were unable to improve their situation. Workers are able to share the Gospel by handing out food, clothing, medical assistance and much more. The ladies at the retreat gave generously,  and $28,825.35 was raised for the IMB to send assistance to the refugees.

Before the general session started Friday night, Anthony L. Jordan, BGCO executive director-treasurer, gave an update regarding the tragic accident that happened earlier that day which claimed the lives of two Falls Creek maintenance employees. He then led a time of prayer for the workers’ families and for the women at the retreat to have the eternal hope in Christ that the workers had. (See page 2 for
full story.)

Friday night also showcased talented illusionist, Drew Worsham. Worsham is a pastor of a church who utilizes the art of illusion to share the Gospel.  During the session he amazed, baffled and stunned the ladies; however, he also spent time sharing his testimony, encouraging women to “take a step towards God.”

The keynote speakers for the retreat were favorites from past years. Lisa Harper and Liz Curtis Higgs delved into the Word of God and shared truth and encouragement. Harper spoke from Mark 1, and urged women to place their confidence in the compassion of Jesus Christ. Understanding that He loves us regardless of our deservedness. She then continued Friday night and spoke on the goodness of God from Mark 9. Harper prayed for the women in a difficult season who believed, but were struggling in their current season of life.

Harper had the chance to introduce “one of the best Bible teachers I know,” and brought out Higgs, who spoke Friday night out of Ruth and challenged women to see the character of people, rather than following the culture and deeming someone’s worth based on their outward appearance. She said, “God can use anyone. Your past is not your future.”

Higgs closed out the retreat Saturday morning with the stories of the Queen of Sheba and the woman at the well.

Higgs then offered an invitation during which  women made commitments to Christ.

God answered many prayers over the weekend of the 2016 Women’s Retreat. Having women broken and recognizing their need for Jesus showcased that prayers offered more than a year earlier are answered.