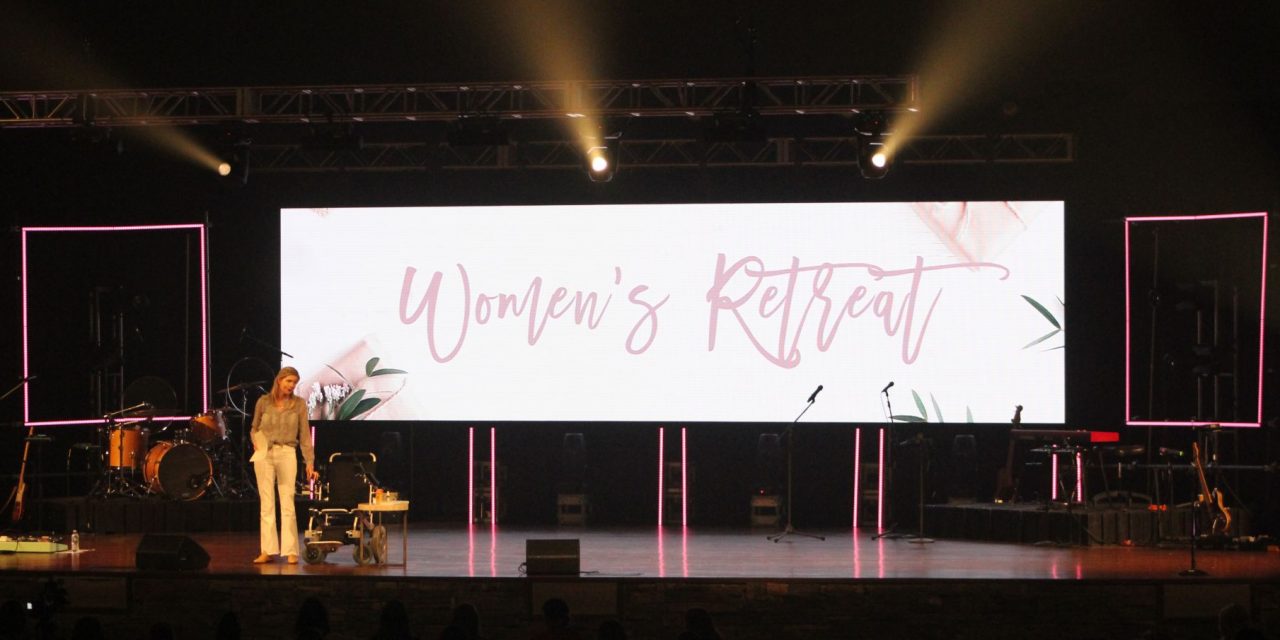 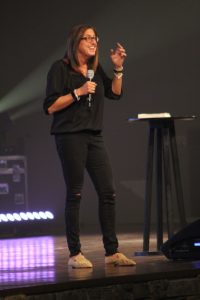 “We had an incredible weekend. The weather was beautiful,” Cordova said to begin her description of the one-day meeting. “Women were excited to be back on the grounds at Falls Creek. It’s been two years since the last time we met. There was great anticipation for what God was going to do that weekend.”

And God surpassed many expectations.

One change for this year’s Women’s Retreat was how to experience the event. Attendees could either meet at Falls Creek for an in-person experience, or they could choose to meet virtually with their church groups. 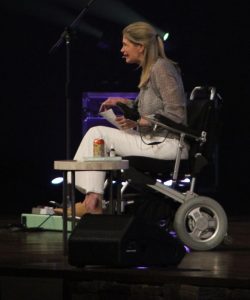 “The hybrid event that we were able to do was really special because women who were far away were able to gather at their churches,” Cordova said.

According to Cordova, sessions from the Women’s Retreat are still available for viewing through the Deluxe Digital Pass. Those who purchase a pass have unlimited access to all content until 2022.

“By providing access to the Digital Pass until the end of the year, women’s ministries are able to use these videos in various ways to strengthen their ministry and encourage women,” Cordova said.

For more information on the Deluxe Digital Pass visit oklahomabaptists.org/women/retreat. 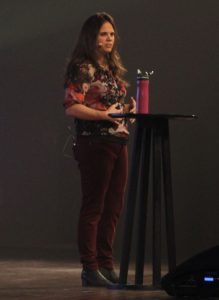 Women’s Retreat allowed for those who speak Spanish to enjoy the event, as Spanish translators were available. Sessions also were interpreted for the Deaf, as American Sign Language interpreters were at each session.

“The Deaf Culture is one of the most unreached people groups in the world with less than 2 percent of them knowing Jesus,” Cordova said. “God is raising up people to carry the Good News of Jesus to them. Oklahoma Baptists desire to resource our churches with opportunities to be encouraged and faith strengthened as they advance the Gospel to unreached people.” 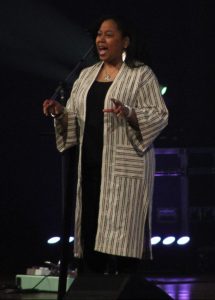 Wolf and AbuJamra have appeared at Women’s Retreat previously but were welcomed in their return.

Wolf suffered a catastrophic stroke that nearly ended her life. She recovered miraculously and continues her recovery.

“Over the last 13 years, one thing that the Lord has really allowed me to do has made me hone in to some treasure that He has for me in suffering,” Wolf said. “When you have to go through some deep darkness, God has some special treasure for you there, and you get to treasure and champion it. And don’t you leave without it. Cling to it every day of your life.”

AbuJamra has made multiple appearances at Women’s Retreat. The pediatric ER doctor has multiple ministries that allow her to share biblical answers to everyday life.

Hurst is quite familiar with the Word of God, growing up as the oldest child of well-known teacher, author and pastor Tony Evans. Now she leads women’s ministry at her church and encourages women to grow in their relationship with the Lord.

“You need to show up for your life—with your position, with your pain, with your passion and with whatever season of preparation God has allowed in your life,” Hurst said.

Perry’s life has been featured in the Baptist Messenger. In an article titled “Transgendered to transformed,” Perry’s story is now shared across the country. Women’s Retreat attendees were inspired as Perry told how her life radically changed after living nine years as a transgendered male. She attributes her faith transformation to God first making a change of faith in her parents’ life.

“Through their love for Him,” Perry said about her parents, “God began to work on me, and He began to draw my heart, because no one can come to the Father unless the Holy Spirit draws them. I knew He was not done with me. That was when I put my faith in Him, and He began to transform my life.”

Eden Trentham led times of worship through song. She is a worship leader and Christian music singer-songwriter. Trentham is a member of Jenks, First, where her husband Brandon serves as student pastor.

“Paul declares the gift we have in Christ is so good that it’s indescribable,” Cordova said. “This passage is a reflection of 2 Cor. 8:9 when Paul presents the Gospel in financial terms. ‘…Though He (Jesus) was rich, for your sake He became poor, so that by His poverty you might become rich.’ Jesus gave His life, so that we may have life in Him!”

Cordova said the “Gifts” theme was implemented throughout the weekend. Women received gift boxes that included a five-day devotional, a leather bracelet from The White Yak in Nepal, Scripture stationary cards from Grace Notes, newly-branded jar openers from Oklahoma Baptists and other items from retreat sponsors Oklahoma Baptist Homes for Children and Baptist Village Communities.

Those who participated in person and through livestream gave responses through social media. Many posted photos of their church group on Facebook and told Cordova how they enjoyed Women’s Retreat.

“My church hosted the livestream… We has 18 ladies from our church attend,” wrote Katherine Rhynes of Durant, First. “We had SUCH a good time!!”

“FBC Hugo had a wonderful day and so appreciated all the hard work that made this event possible! It was fantastic,” Chelsea Davis shared.

Savannah Mott shared on Facebook that she made it possible for her mother, who was physically unable to attend, to enjoy the Women’s Retreat at home.